VATICAN CITY (Reuters) – A Jesuit priest who was murdered at the threshold of the Salvadoran civil war and who in death became a icon for human rights in rural Latin America was moved a step closer to sainthood by Pope Francis on Saturday. 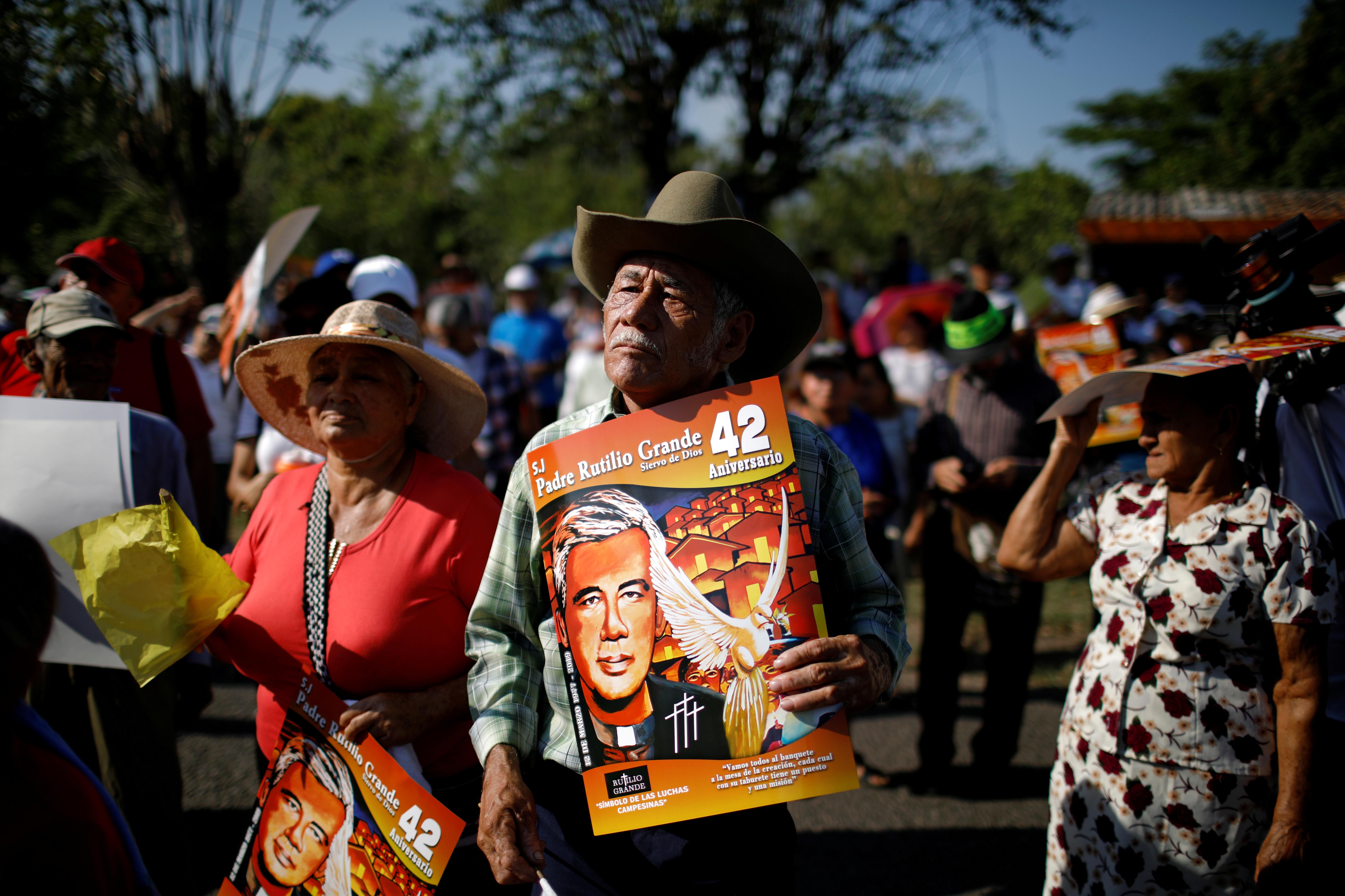 The Vatican said the pope had approved a decree recognizing that Rutilio Grande and two lay Salvadorans were killed “in hatred of the faith”.

This means they will be beatified without the customary need for a miracle to be attributed to them. Beatification is the last step before sainthood.

Grande, who was outspoken in his defense of the poor, was shot more than dozen times along with an elderly man and a teenager on March 12, 1977 by a right-wing death squad in rural El Salvador while they were riding in a jeep.

The assassination of Grande, who had organized peasants to fight for their rights, was so horrific that it convinced the then archbishop of the capital San Salvador, Oscar Romero, to take up Grande’s mantle as defender of the poor.

Romero, who had been less outspoken until then, was himself killed by a death squad while he was saying Mass in the chapel of a hospital in San Salvador in 1980. Pope Francis made Romero a saint in 2018.

The murders were among the most shocking in the long conflict between a series of U.S.-backed governments and leftist rebels in El Salvador which thousands were killed by right-wing and military death squads.

Both Romero and Grande became icons for Latin America’s poor, appearing on T-shirts similar to those bearing the image of Che Guevara.

But before Francis became pope in 2013, their sainthood causes ran into stiff opposition in the Vatican and among powerful conservatives in the Latin American Church who thought both figures were too political.

No date was given for the beatification ceremony but it will likely take place in El Salvador.

The Catholic Church teaches that only God performs miracles but that saints who are believed to be with God in heaven intercede on behalf of people who pray to them. A miracle is usually the medically inexplicable healing of a person.

For the three to be declared saints, miracles would have to be attributed to them.