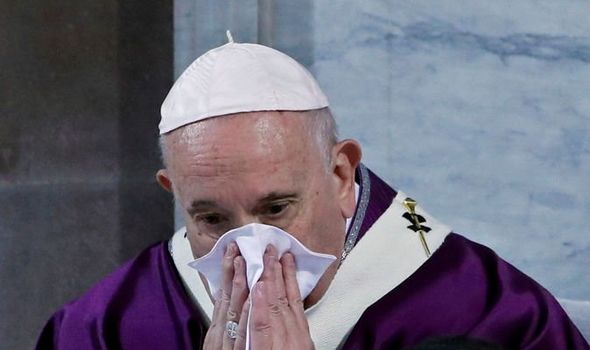 The Pope will stream the services on the internet from inside the Vatican because of the coronavirus outbreak in Italy.

The Vatican said that on Sunday the pontiff will not address crowds from a window overlooking St. Peter’s Square, and will also not hold his general audience from there this Wednesday.

Both will be held without general public participation from inside the official papal library in the Vatican’s Apostolic Palace and will be viewable on the internet or television, the Vatican said in a statement on Saturday.

The participation of the faithful at the pope’s morning Mass in his residence has been suspended until March 15.

The 83-year-old pope cancelled a Lent retreat for the first time in his papacy, but the Vatican has said he is suffering only from a cold that is “without symptoms related to other pathologies”. 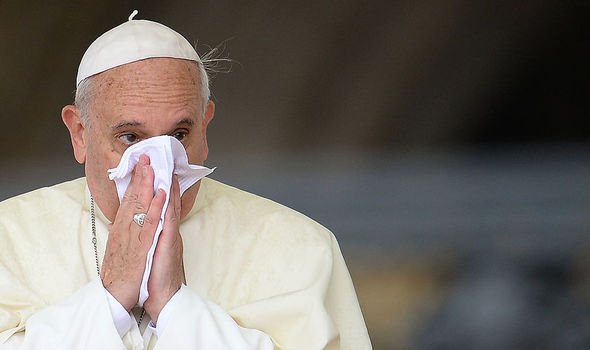 Tens of thousands of people gather in the square every Sunday and thousands of others attend his weekly general audience, which is held either outdoors in the square or in a large audience hall inside the Vatican, depending on the weather.

A Vatican employee tested positive for coronavirus on Friday, the first case in the tiny city-state that is surrounded by Rome.

The death toll in Italy, the worst-hit European country, stood at 197 on Friday, with more than 4,600 cases of the illness.

The north of the country has been the most heavily hit.

In Rome province, 49 people have tested positive for coronavirus and one has died.