After inviting Amazonian bishops to the Vatican, Pope Francis was branded “sacrilegious” and asked to apologise my conservative figures in the Catholic Church. But the Argentine’s allies from the Amazon region jumped to his defence in December, publishing a statement thanking him for the support. It expressed thanks to the Pope for “an ecclesial event that has placed the world’s eyes on this vast area, which needs a massive evangelistic effort and colossal strength to be able to implement the many needs of an integral ecology.”

It added: “It is not surprising that the Holy Father has been an object of virulent and insulting attacks, plagued by lies and calumny.”

The letter came as a much needed boost for Pope Francis after traditionalists in the Church wrote their own letter to him in October, deriding the Amazonian visit.

Featuring at the meeting were statuettes of “fertility goddess” Pachamama, a god worshipped predominantly in the Andes and also known as the ‘Earth Mother’. 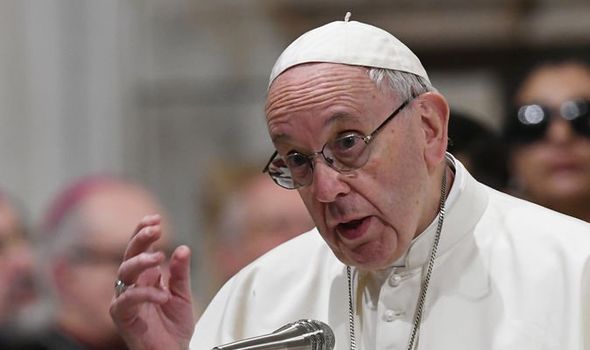 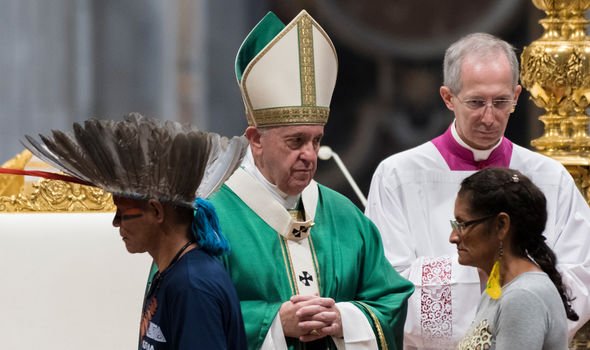 The indigenous deity did not go down well with some in the Catholic Church, with some dubbing the statuettes as “pagan idols” and a “false goddess of mother earth”.

According to reports, Pope Francis was forced to apologise to Amazonian bishops and tribal leaders after the statuettes were dumped in a nearby river.

Over 100 conservative scholars, academics and clergy signed a letter which requested that the Pope “repent”.

It read: “Absolutely all participation in any form of the veneration of idols is an objectively grave sin that only God can judge.” 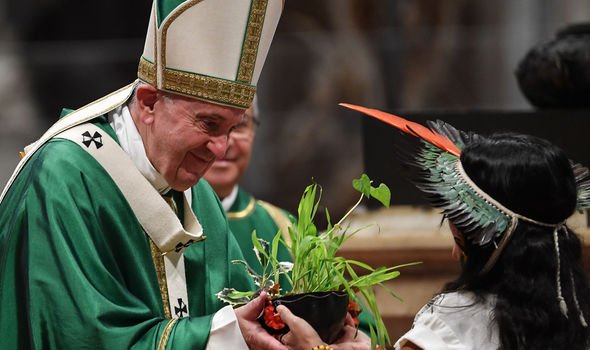 It added that Francis should “repent publicly and unambiguously of all public offences that he has committed against God and the true religion”.

“The rendering of worship to anyone or anything other than the one true God, the Blessed Trinity, is a violation of the First Commandment.

“Absolutely all participation in any form of the veneration of idols is condemned by this Commandment and is an objectively grave sin, independently of the subjective culpability, that only God can judge.

“With immense sorrow and deep love for the Chair of Peter, we beg Almighty God to spare the guilty members of His Church on earth the punishment that they deserve for these terrible sins. 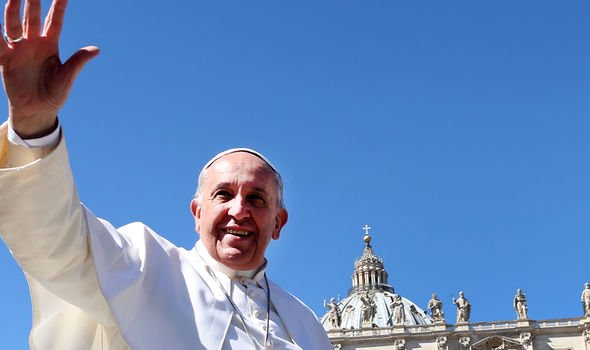 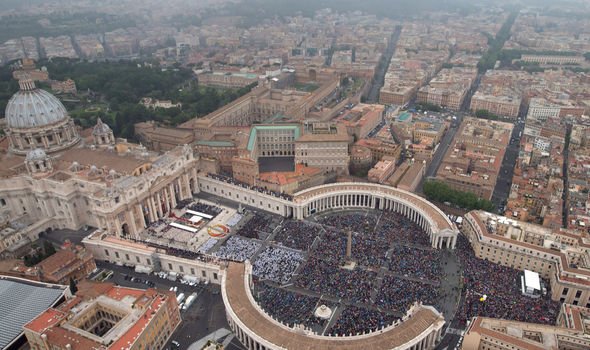 “We respectfully ask Pope Francis to repent publicly and unambiguously of these objectively grave sins and of all the public offences that he has committed against God and the true religion, and to make reparation for these offences.

“We respectfully ask all the bishops of the Catholic Church to offer fraternal correction to Pope Francis for these scandals, and to warn their flocks that according to the divinely revealed teaching of the Catholic faith, they will risk eternal damnation if they follow his example of offending against the First Commandment.”

They also fumed at his proposal to allow married men to become bishops in the Amazon to address shortages in the region – a policy he later abandoned.