The Vatican said the Pope is still “slightly unwell” and has postponed all official audiences for Friday. The 83-year-old attended early morning Mass as usual in the chapel of the Santa Marta guest house where he lives, but will not travel to give the official audience. The Vatican did not specify what the Pope was suffering from and refused to comment on whether he has been tested for coronavirus.

Spokesman Matteo Bruni said the Pope had greeted those who attended the early morning mass this morning.

He added: “But he thought it was best to postpone today’s official audiences.

“The meetings scheduled to take place in Santa Marta will take place regularly.” 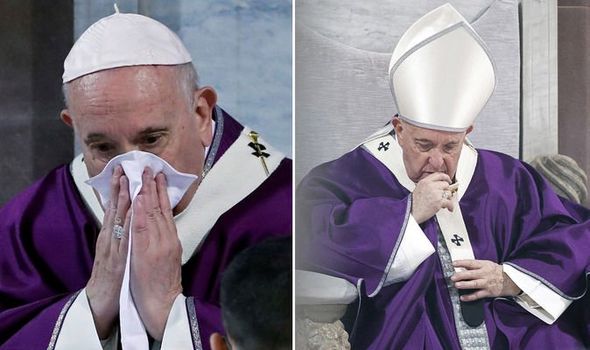 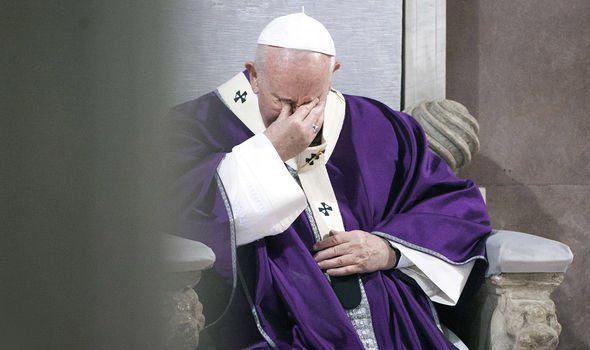 Yesterday the Pope cancelled a planned trip to celebrate Mass with Rome priests.

The service was due to be held at the Basilica of St John’s in Lateran for a Lenten service.

But the Vatican said the Pope had a “slight indisposition” and preferred to stay inside Santa Marta.

The Pope appeared to have a cold as he gave his general audience on Wednesday. 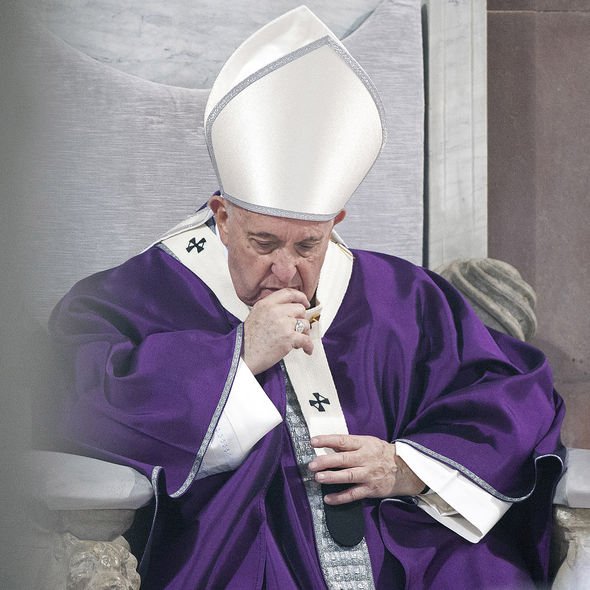 He spoke with a slightly hoarse voice and was seen coughing and blowing his nose.

It comes amid an outbreak of coronavirus in Italy that has infected more than 650 people, almost all of them in the north.

Rome had three cases, but all three recovered.

On Thursday Vatican officials refused to comment on whether the Pope has been tested for coronavirus. 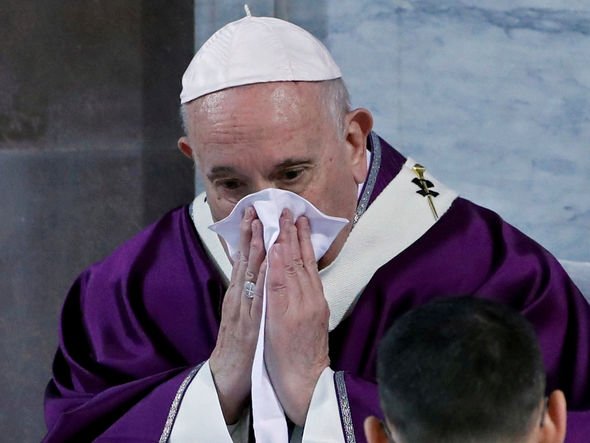 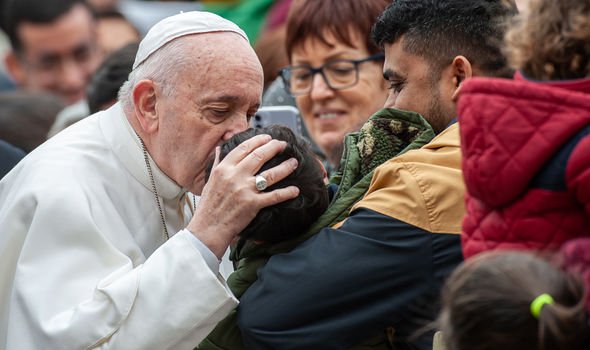 Italy has become Europe’s worst-affected country from the deadly virus.

Despite the outbreak, the Pope has not hesitated to get out of his vehicle to greet and kiss attendees.

Pope Francis is known hugging the faithful or accepting kisses on his cheek or forehead.

During Ash Wednesday Mass this week he showed solidarity with those suffering from the outbreak and praised those working to battle the virus. 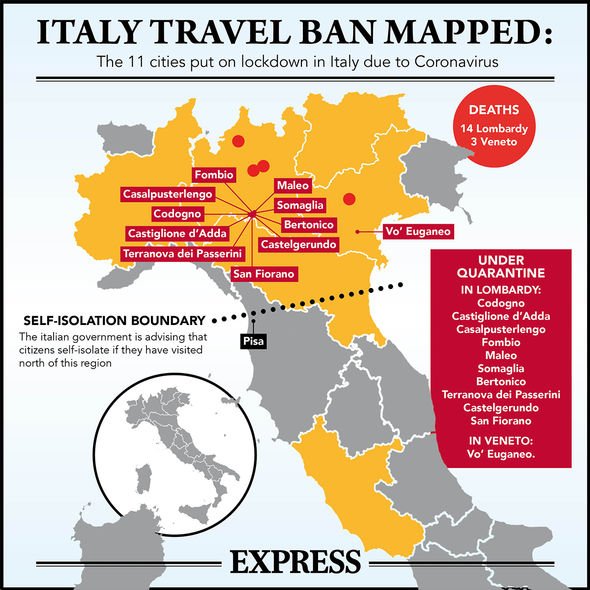 He said: “I would like to express my closeness to the coronavirus patients and to the health workers who are treating them, as well as to the civil authorities.”

He lost part of one lung when he was in his early 20s after he suffered from tuberculosis.

He also suffers from sciatica, which makes walking difficult.