The discovery was made in an outhouse around 700 metres outside the official walls of Pompeii by police, who have now seized the property. Tunnelling 10 metres below the surface and kitted out with ventilation and wall supports, authorities believe thieves spent more than a decade digging them. Police chief Salvatore Sorrentino allowed historian Dan Snow and a series of TV cameras inside for the first time ever, during the filming of Channel 5’s new show “Pompeii: The New Revelations”.

Mr Snow told Express.co.uk: “We were the first people ever to be allowed in to film a particular site in Pompeii area.

“It’s a bit controversial, I went into a tunnel used by robbers to burrow into the volcanic debris beneath Pompeii.

“I’m not that claustrophobic, but I tell you what – I was down there.

“It was no bigger than the circumference of my body and while we were down there I found some human remains, it was pretty intense.” 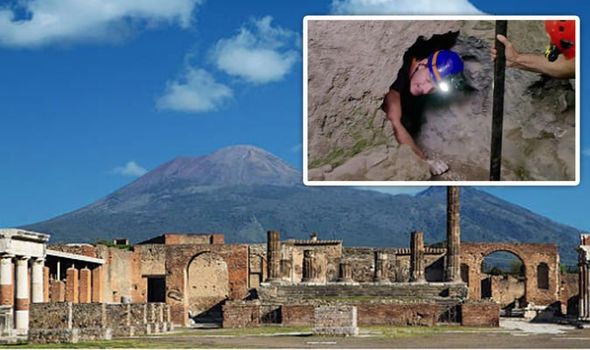 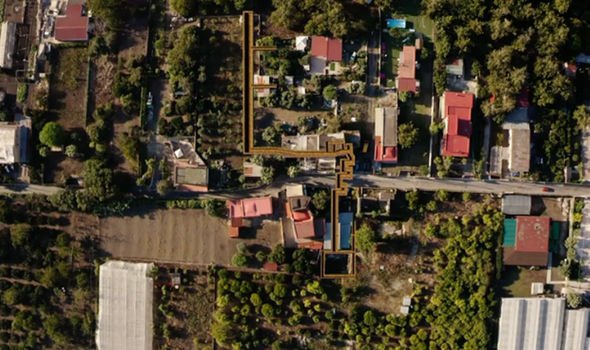 The hour-long programme, which aired on Saturday and now available on My5, showed Mr Snow being lowered down by a harness and then exploring the mystery shaft.

Eventually, the tunnel led to a huge villa, but archaeologist thinks it is just the tip of the iceberg.

Mr Snow added: “This led to a giant villa which was previously unexcavated, just outside the official boundaries of Pompeii.

“This is one of the thousands of villas that no one knew about, hiding below modern Naples.

“It’s the first time that anyone’s ever seen it, it’s absolutely gigantic. 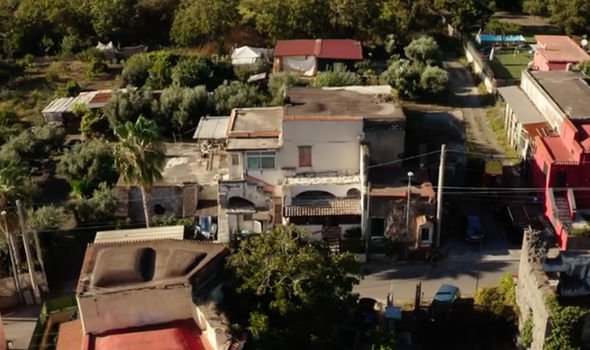 “I followed the robber tunnels through it into various rooms, where the robbers had hacked off various bits of art on the wall.

“But there was one piece of art they missed and I was the first person to see that in 2,000 years, so it’s incredibly exciting.”

Archaeologists have since excavated the area, discovering two horses, possibly used in an escape attempt, in a first for Pompeii.

Mr Snow also made his own unique find. 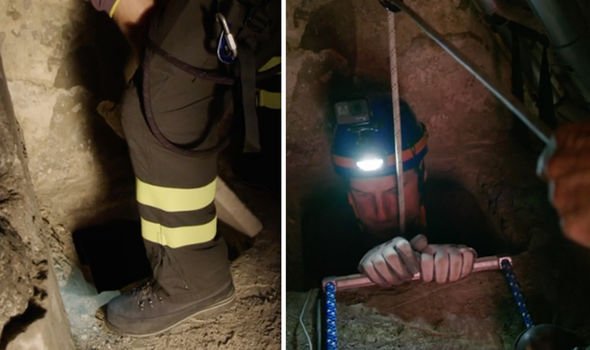 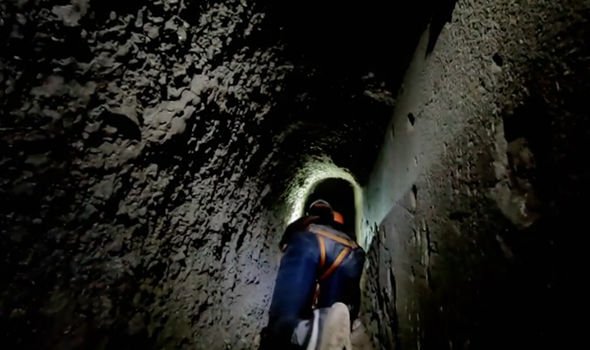 He continued: “In the tunnels, there were these horses, the first and only horses ever recovered after the Mount Vesuvius eruption.

“They were frozen in time, all saddled up and ready to go to get to safety, but instead they were overwhelmed when the pyroclastic surge blasted down on everybody.

“When you’re excavating you find big holes in the ash and you realise that’s where the flesh used to be.

“But if you pour plaster of Paris in the hole, you can create the shape that it once was, it’s quite terrifying. 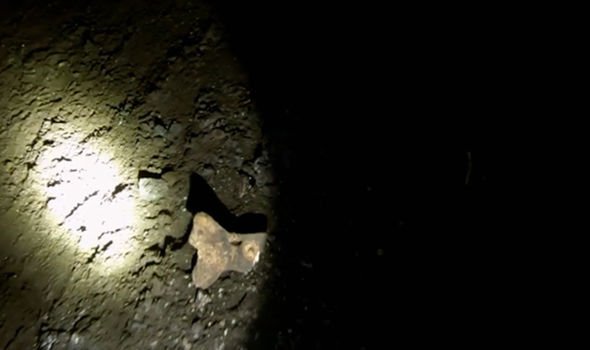 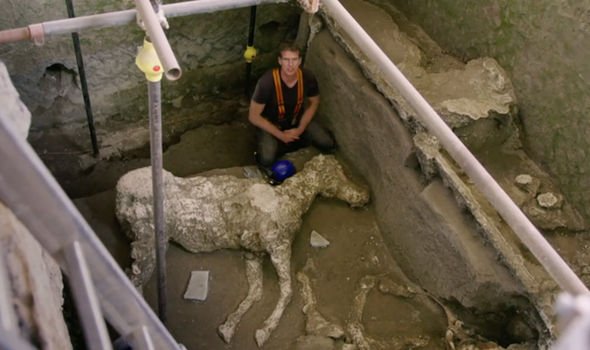 “The artwork, the horses and the human remain that I discovered there is the most extraordinary thing I’ve been part of in 20 years of TV.”

The devastation of Pompeii occurred almost 2,000 years ago when Mount Vesuvius erupted in one of the deadliest volcanic eruptions in history.

It sent a huge cloud of superheated tephra and gas to a height of 21 miles, before ejected molten rock pulverised pumice and hot ash at 1.5 million tonnes per second, obliterating Roman settlements and burying thousands under the burning rubble.

It covered the city of Pompeii and the surrounding areas in a blanket of thick material, leaving the opportunity for so much more to be discovered.