NAIROBI (Reuters) – Whenever a more risque line shocks his audience into silence, Kenyan comic Brian Onjoro knows he can rescue his set with a sure-fire punchline: the country’s leaders. 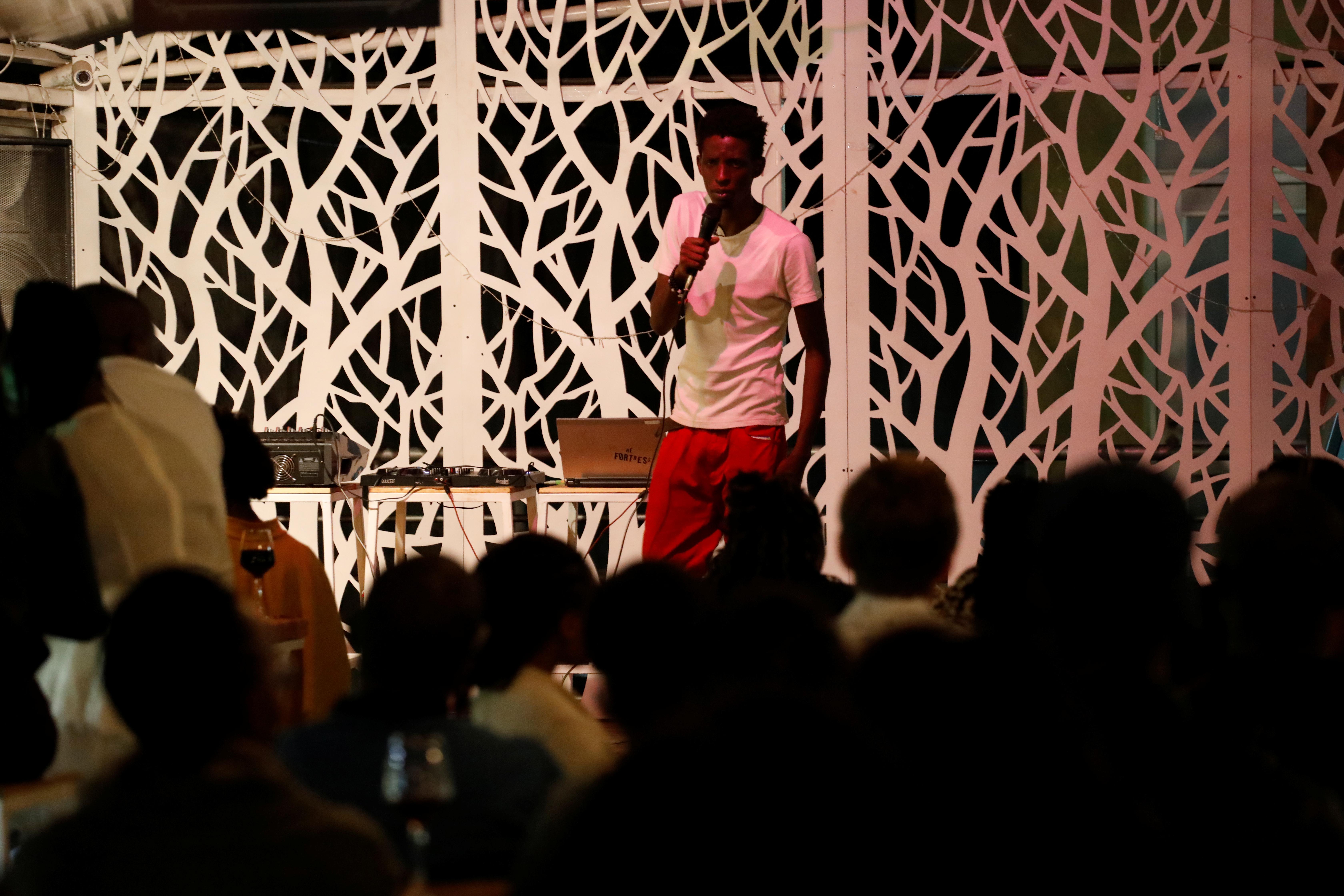 “Comedians should run for office. We already have a bunch of clowns!” he tells the crowd at Kez’s Kitchen before riffing about whether Kenya’s politicians are on drugs.

He said when his mother notices his red eyes from smoking cannabis: “I told her I’m not high – I’m presidential!”

Onjoro is the face of the capital’s booming comedy scene – he co-founded the Nairobi Comedy Club three years ago to mentor other aspiring comics.

Two other clubs, the Karura Comedy Club and the Standup Collective, were founded a year later; they jointly held the city’s first comedy festival in December. Comedians from Sudan, Uganda and Tanzania came to swap jokes and tips.

All three clubs hold open mic nights and professional shows. So far, Onjoro’s got 10 experienced comics on the books, and 10 junior ones he found through the open mic nights.

“I’m not going to tell you you are not funny. Just go there and grab a mic and just you know, death by fire,” Onjoro told Reuters.

It is not easy. This Saturday, Nairobi restaurant Kez’s Kitchen was packed with customers expecting a night of live comedy. But three of his five supporting acts showed up too late to perform.

George Waweru opened with a crack about the recently deceased former president Daniel arap Moi, known for presiding over vast corruption and the torture of political opponents.

Comedian Maina Murumba wryly references their struggle to hit the big time. Comedy does not pay – fees are low and equipment costs are high.

Then Onjoro, a bundle of nervous energy, is up. He must extend his set to fill the gaps but he is already stretched: comedy is a niche night out in Nairobi so many of the audience are regulars. Comics must constantly refresh and rehearse their material to avoid repeating jokes.

Some jokes meet mixed reactions. Onjoro likes to dance over the line of acceptability – he is not so much poking at taboos as reaching for the gelignite.

Punchlines about HIV, skin tone or sex in a wheelchair provoke with both groans and uncertain laughs from the well-heeled and politically savvy crowd. A table of women at the front roll their eyes when he jokes about stabbing a female missionary.

But the audience roars at a routine playing on foreigners’ outdated stereotypes. 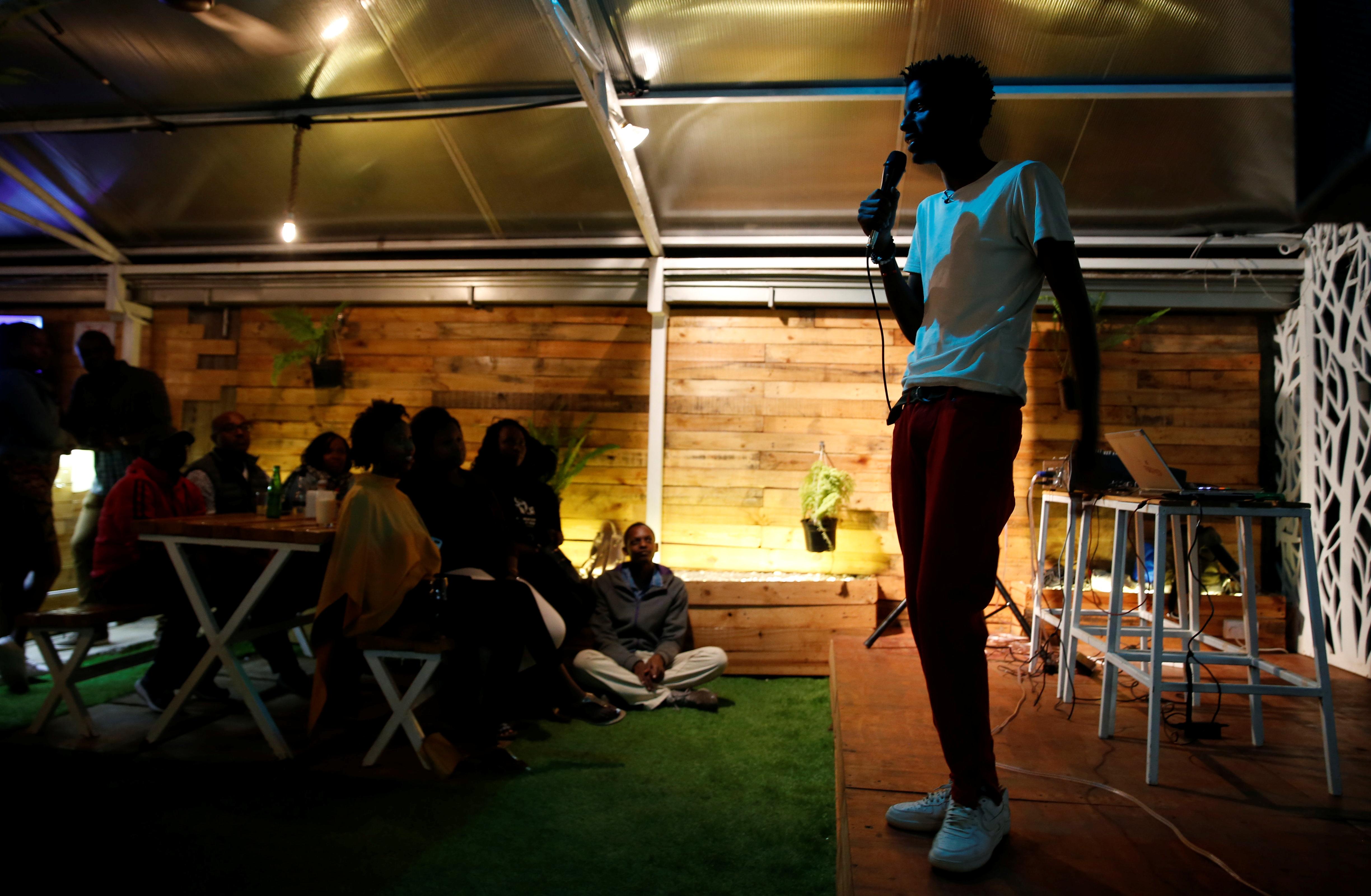 He mimics a foreign reporter breathlessly narrating his own cannibalisation by famine victims, then Onjoro – a scriptwriter with a shock of short dreadlocks – tells how he seduced a visitor from London by impersonating a tribal warrior over Skype.

The crowd loves it.