WARSAW (Reuters) – Poland’s nationalist incumbent Andrzej Duda won the first round of a presidential election on Sunday but will have to face the centrist mayor of Warsaw in a run-off on July 12, in a race that could transform the nation’s ties with the European Union.

The re-election of government ally Duda is crucial if the ruling nationalist Law and Justice (PiS) party is to implement further its socially conservative agenda, including judiciary reforms the EU says contravene democratic standards.

An exit poll showed Duda winning 41.8% of ballots on Sunday, against 30.4% for Rafal Trzaskowski from the Civic Platform party. Final results could differ slightly but any changes are not expected to affect who will compete in the second round.

Two opinion polls conducted late on Sunday for private broadcaster TVN and the state-run TVP showed Duda having a lead of less than 2 percentage points over Trzaskowski in two weeks.

PiS has cast Duda as the guardian of its generous welfare programmes, which have helped it win national elections in 2015 and 2019, and of its pledge to protect traditional family values in predominantly Catholic Poland.

A devout believer himself, Duda had campaigned on a promise to ban classes about gay rights in schools, saying LGBT “ideology” was worse than communist doctrine.

“The campaign goes on because Poland needs it,” Duda told jubilant supporters in the central town of Lowicz. “Some people have a complex and think we are not Europeans. We are, and have been… since we converted to Christianity.”

But his long-held lead crumbled in the weeks ahead of the election, after a late entry by Trzaskowski who appears to have galvanised many voters keen to end Poland’s isolation within the EU or angry over Duda’s allegiance to PiS.

The Civic Platform, a party once led by former EU Council president Donald Tusk, replaced its flagging candidate with Trzaskowski after the election was postponed amid the coronavirus pandemic by seven weeks. 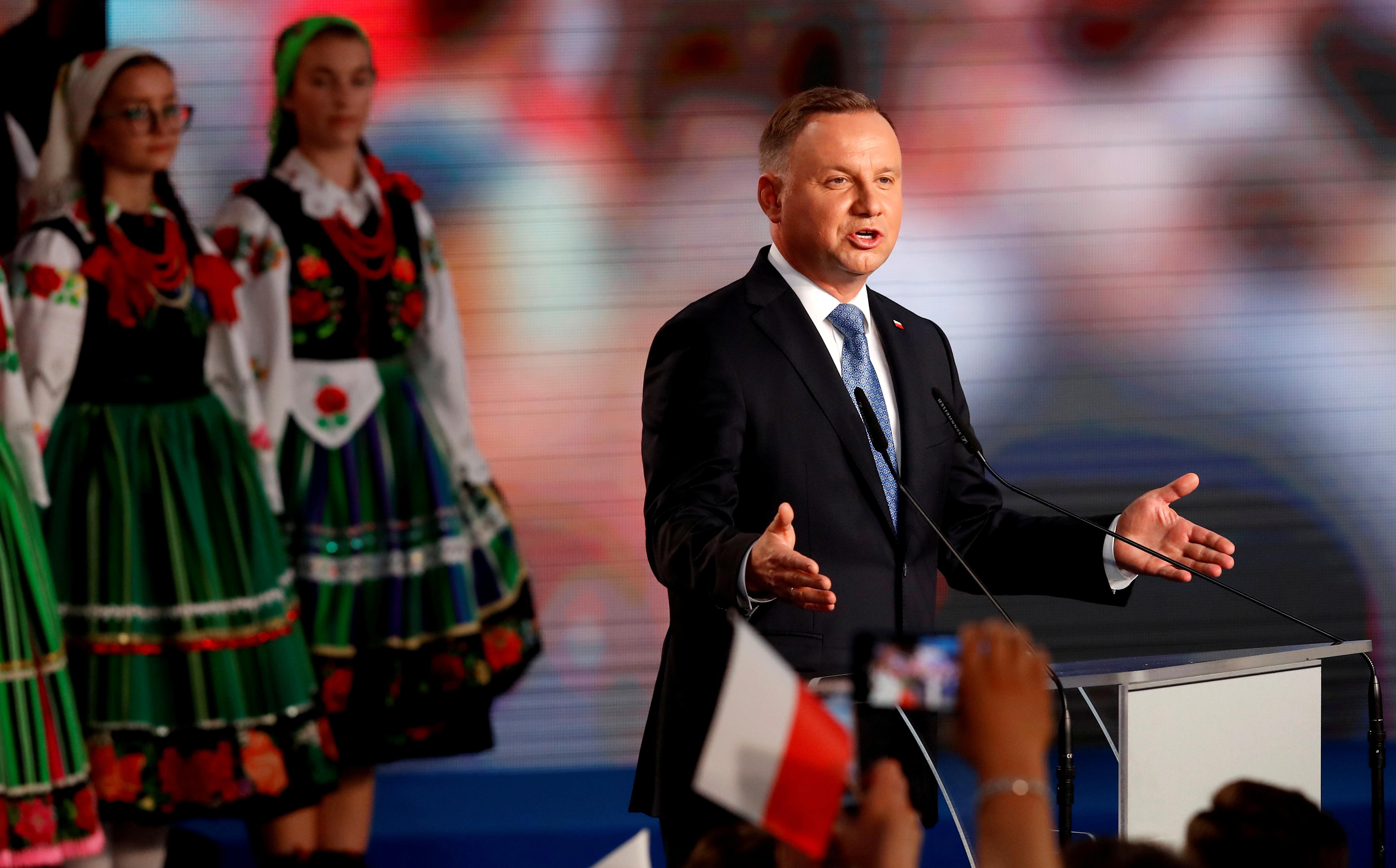 A former EU emissary for his party, Trzaskowski has promised to work towards repairing relations with Poland’s European allies, and to oppose any government efforts to tighten already restrictive abortion rules.

The election is being closed watched in Brussels.

Under PiS, Poland became the only EU state to refuse to commit to the bloc’s 2050 climate goal in December 2019, which critics said could undermine its ambition to take on the leading role in the global fight with climate change.

If he wins the election in July, Trzaskowski will have limited scope to direct policy, but will be able to veto legislation proposed by the government.

This could give him a chance to block efforts by the government of prime minister Mateusz Morawiecki to deepen court reforms, which the EU has said politicise the judiciary, or refuse appointments of new judges.

“We will soon decide whether we will have a strong president who will hold the government to account or a president who doesn’t respect his own signature,” Trzaskowski said during an election-night rally in Warsaw. Observers say a win by Trzaskowski could undermine the fragile majority PiS has in parliament, and force Morawiecki to govern as a minority cabinet, or even face an early national election.

“The second round is expected to be closer than it has been in a long time,” said Agnieszka Kwiatkowska, a sociologist at the SWPS university.

“Duda will have the support of the entire government, with its ability to make election promises and offer financial incentives to voters … The question is will he be able to use it.”