Shocking footage shows the moment a police officer in Mexico was set on fire during violent protests that were sparked by the death of a man taken into police custody. In the video of the fire attack, an officer on a motorcycle is quickly surrounded by furious protesters. A man can be seen dousing the policeman with clear flammable liquid before setting him alight.

In the video, the man then falls to the ground as people around him rush to put out the flames that have covered across his body.

The violent unrest in Mexico was triggered by a video that showed police officers beating Giovanni López a day before he was declared dead.

Mr López was allegedly detained for not wearing a face mask in the Jalisco city of Ixtlahuacán de los Membrillos.

Protesters took to the streets of Guadalajara, the country’s second-largest city, on Thursday to demand that authorities be held responsible for the death of Mr López. 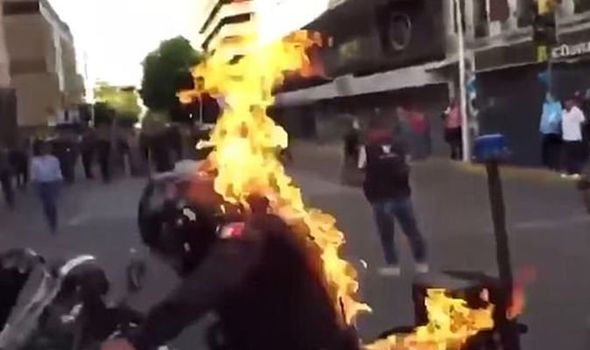 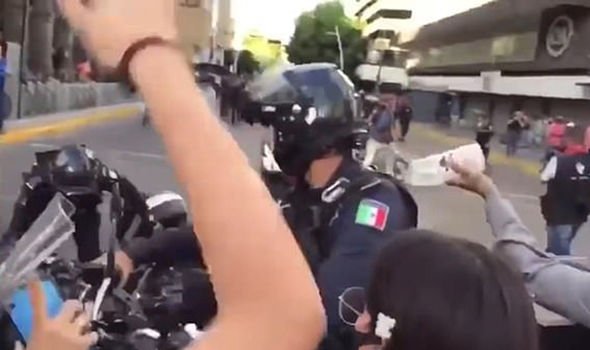 On Friday, the govenor of Jalisco, Enrique Alfaro, announced the arrests of three officers, including the chief of the Ixtlahuacán de los Membrillos Municipal Police, over the death.

However, he denied that Mr López had been taken into custody for not using a face mask.

During the unrest that erupted on Thursday and Friday, several buildings were vandalized and set on fire.

Governor Alfaro confirmed that six police officers were injured, including the one set on fire, while 27 protesters had been detained. 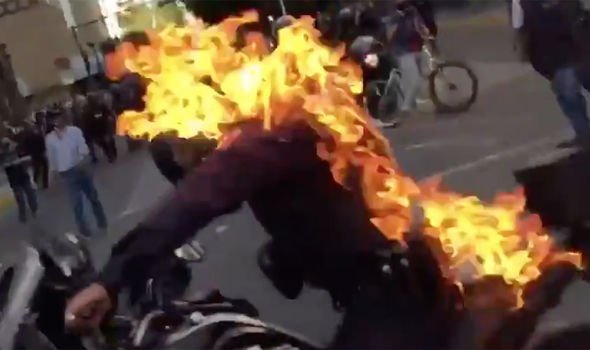 Earlier this week, Christian López released footage showing his 30-year-old brother Giovanni being placed in a choke hold by a police officer.

He was later taken to a local precinct where he was allegedly beaten. 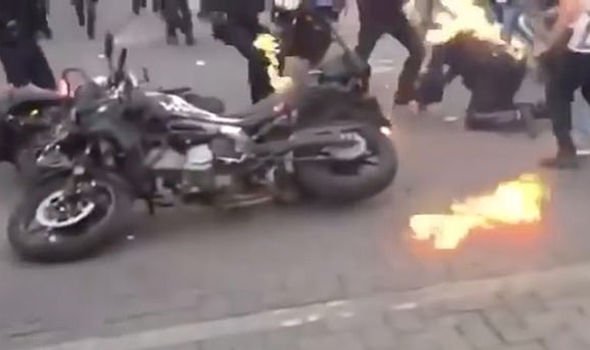 During the altercation, a witness can be heard asking: “Just for not wearing a mask?”

The officer responds: “He was resisting.”

When Mr Lópeza’s family later arrived to pick up their family member from police custody, they were informed that he had been transported to hospital.

The construction worker was later declared dead at the hospital due to a brain injury.

His body had a bullet would in his foot, and an autopsy revealed that he died of a blunt trauma to the head.