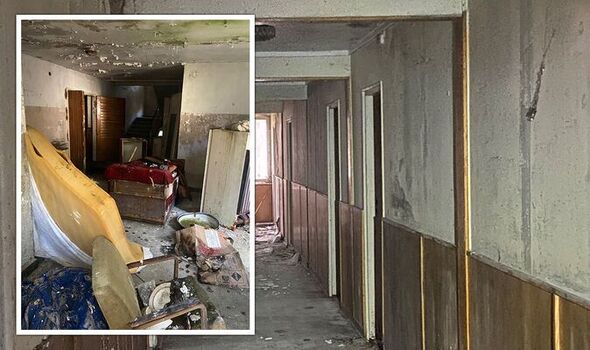 Poland has retaken possession of a rural holiday resort it had leased to the Russian Embassy over the invasion of Ukraine and its failure to pay rent, officials have said. When the State Forest department re-entered the building yesterday, they found the occupants had “destroyed” the place – with “even cables torn from the walls”.

However, despite the state of disrepair the buildings had been left in, the Russian Government claimed without irony that the property was now under “illegal occupation”.

The Russian Embassy vowed today to raise a protest with the Polish foreign ministry.

The centre, which sits on the Zegrze Reservoir, near Skubianka, to the north of the capital Warsaw, had been leased to Russia since the 1980s.

On Wednesday, members of the State Forestry Guard secured the buildings in the complex.

In a press conference in front of the property, Edward Siarka, Polish deputy environment minister, told regional outlets that after an assessment had taken place, the land would be redeveloped.

Michal Gzowski, a spokesperson for the State Forest department, said when guards had entered the premises, they found it “completely devastated”.

He added: “The Russians have destroyed everything, even cables are torn from the walls.”

Images released of the buildings show the buildings in a state of disrepair, filled with broken and soiled furniture. The property also had broken windows and collapsed roofs, according to local outlets.

Mr Siarka explained that the Polish Government had terminated the contract with the Russian embassy in mid-April with immediate effect, over it’s failure to pay rent.

He noted that despite repeated calls for a response from Russia, it did not release the property – which led to the seizure.

Jozef Kubica, acting Director General of the State Forests, who also participated in the news conference, said Russia had not stumped up the 12,000PLN (£2,228) a month rent.

He added: “There was also [the] aggression by the Russian Federation against Ukraine.”

Only after the resort was requisitioned by Poland did the Russian Government voice its outrage, claiming the buildings had been erected at the expense of the Soviet Union and were therefore property of the Russian state.

In a statement provided to state media agency Ria Novosti, it argued it had been “forced” to stop paying rent after the Polish authorities “unlawfully froze” the Embassy’s bank accounts over Vladimir Putin’s horrific invasion of Ukraine.

In a stunning lack of self-awareness, Russia stated: “The Polish side, however, for reasons unknown to us, refuses to register these objects as Russian property.”

It said: “The Embassy will raise a protest to the Polish Ministry of Foreign Affairs regarding the illegal occupation of a holiday centre near Warsaw.”

However, the State Forests shot back: “Russia leased the site in the 1980s. In 2009, the contract was extended. On April 13, 2022, it was legally terminated. The Russians had until May to leave the centre.

“They disregarded it. Summons to hand over the site were sent on May 4 and September 16. They also disregarded. Now they are protesting.”

In the press conference, Mr Kubica said that “all legal aspects have already been exhausted”, adding that Russia had no grounds for claiming a right to the property.