MANILA (Reuters) – Philippine President Rodrigo Duterte said on Saturday that Donald Trump deserved to be re-elected, praising the U.S. president’s reaction to his decision to end a decades-old military agreement with the United States. 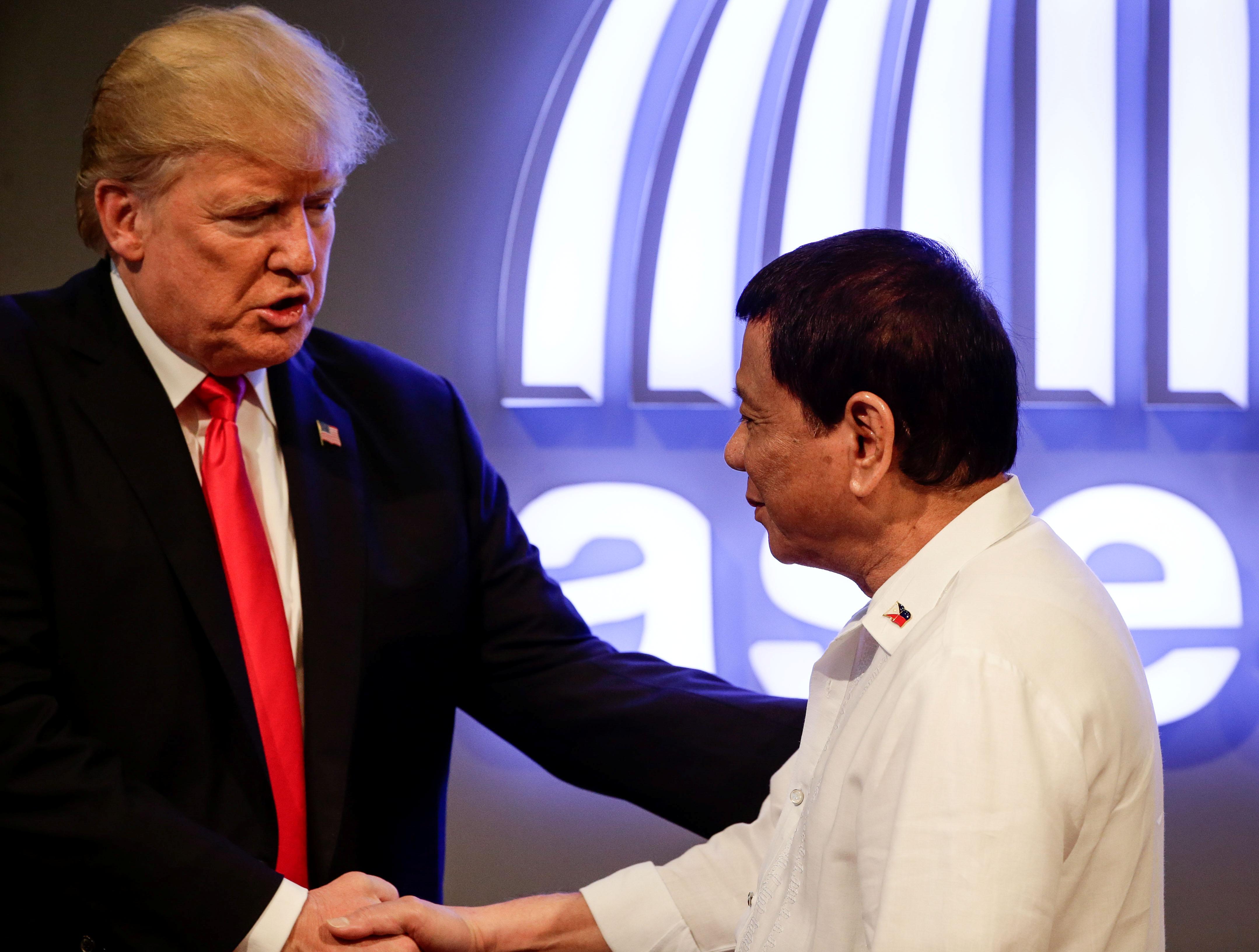 Trump said on Wednesday he did not mind Duterte’s decision to end the Visiting Forces Agreement (VFA) even as his defense secretary, Mark Esper, called the move “unfortunate” as Washington and its allies press China to abide by “international rules” in Asia.

“It is President Trump’s circumspect and judicious reaction to the termination of the VFA that made President Duterte give the following remarks: ‘President Trump is a good president and he deserves to be re-elected’,” presidential spokesman Salvador Panelo said in a statement.

The VFA is important to the overall U.S.-Philippines alliance and sets out rules for U.S. soldiers operating in the Philippines, a former U.S. territory.

Washington has described the relationship between the two countries as “iron-clad,” despite Duterte’s complaints that include allegations of U.S. hypocrisy and ill-treatment.

Trump has frequently expressed a desire to bring U.S. military forces home from decades-long deployments abroad and has strong-armed some allies into paying more for the right to U.S. defense.

In his comments about the VFA on Wednesday, Trump added that he had “a very good” relationship with Duterte.

Duterte’s decision, sparked by the revocation of a U.S. visa held by a former police chief who led his bloody war on drugs, could complicate U.S. military interests in the Asia-Pacific region as China’s ambitions rise.

The firebrand leader, who favors closer ties with China and Russia, has said it was time for the Philippines to be militarily independent.

Some Philippine lawmakers hope the VFA can be saved in the 180 days before the termination takes effect, and expressed concern that without it, two other U.S. military agreements will become useless.