KABUL (Reuters) – U.S. Defense Secretary Mark Esper arrived in Kabul on Saturday, in a move officials and experts said was aimed at reassuring the Afghan government about the United States’ commitment to the country ahead of an expected accord signing between Washington and the Taliban. 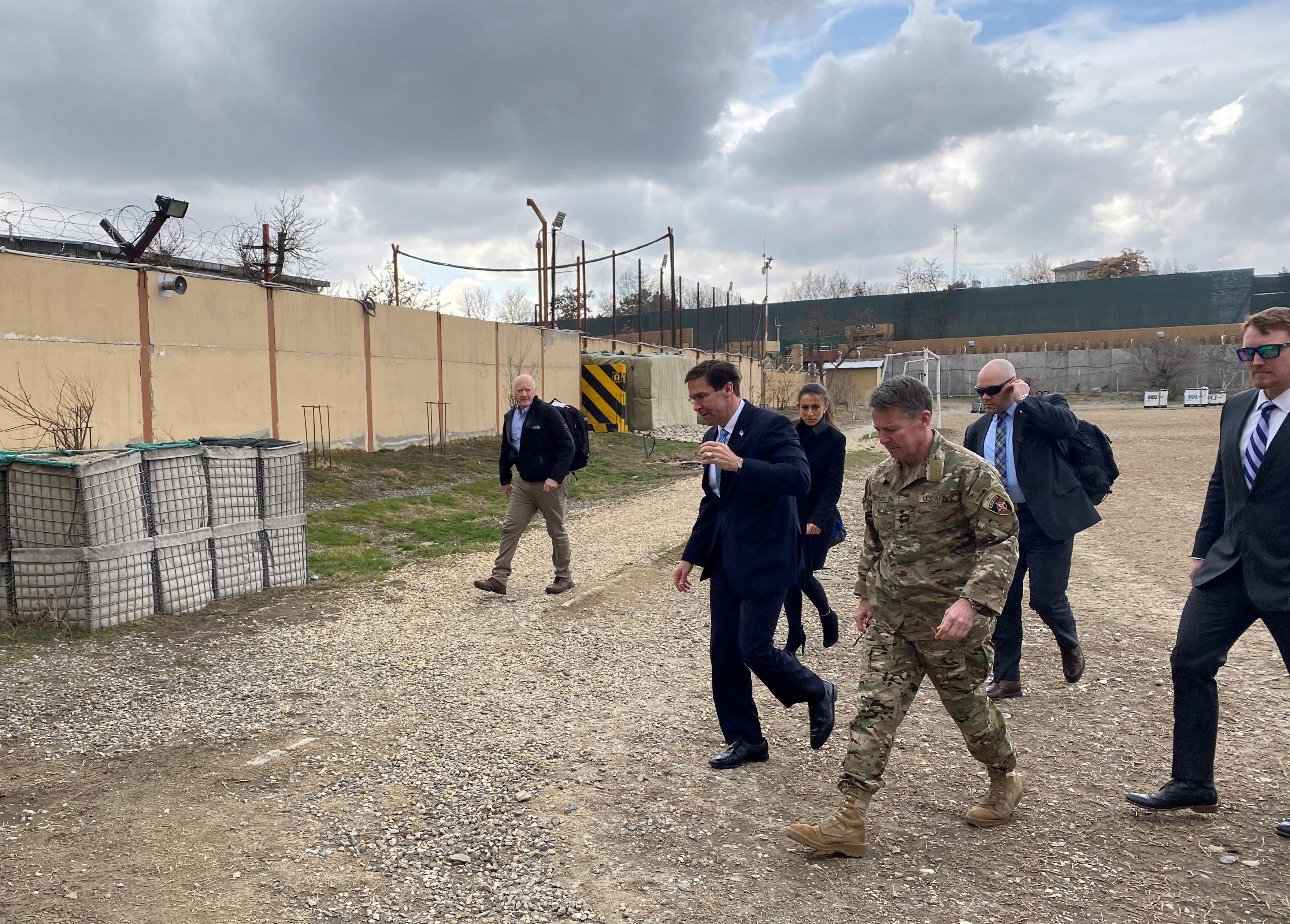 The agreement, set to be signed in Doha by U.S. special envoy Zalmay Khalilzad and representatives of the Taliban, is aimed at an initial withdrawal of troops from Afghanistan and eventually all troops if conditions are met, which could take well over a year.

While Khalilzad will be in Doha to sign the accord, Esper is expected to meet Afghan President Ashraf Ghani in Kabul.

Experts and officials say Esper’s trip is a way to show Ghani that a deal with the Taliban does not mean that the United States will abandon the Afghan government.

“Washington is essentially trying to show that its full strength is behind this deal and it wants to also indicate to Kabul that it’s fully behind Afghanistan as the peace and reconciliation process moves toward a formal beginning,” Michael Kugelman, deputy director Asia Program at the Wilson Center, said.

Afghans, and many in the region, are concerned that the United States could abandon Kabul much like it was perceived to have left the region after the Soviet Union exited Afghanistan decades ago.

The accord comes amid a fragile political situation in Afghanistan. The Independent Election Commission said on Feb. 18 that Ghani won a Sept. 28 vote beset by allegations of rigging, technical problems and other irregularities.

Afghanistan Chief Executive Abdullah Abdullah rejected the results, claimed to be the victor and vowed to name a parallel government.

“(Esper’s trip is) perhaps an indication that the U.S. is ready to essentially accept the new government in Afghanistan,” Kugelman said.

A statement from President Donald Trump on Friday said the deal that will pave way for U.S. troop numbers to drop to 8,600 from about 13,000 in the weeks following the deal.

Further reductions of Western forces will hinge on the Taliban adhering to a “reduction in violence” pledge, a condition that will be assessed by the United States.

Experts are cautious about what the accord may lead to.

“The word I keep coming back to is preliminary… ultimately, if there’s ever going to be a longer lasting peace reach, it’s going to have to be settled among Afghans,” Jason Campbell, with the RAND Corp think tank in Washington.