Students in France have clashed with riot police in opposition to coronavirus measures. Although France is in a second national lockdown, President Emmanuel Macron has kept schools open. Furious high school pupils have now taken to the streets of Paris in protest.

Some students are demanding more COVID-19 protections at school.

There have been calls for class sizes to be cut in half as they are still too big during the pandemic.

In Paris, high-school pupils dragged bins across the road, trying to block the entrance to their school, which they say isn’t taking enough precautions. 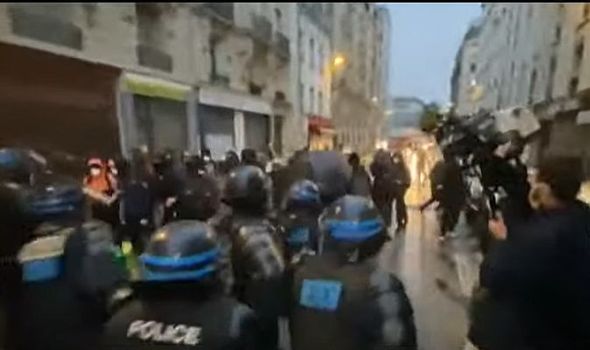 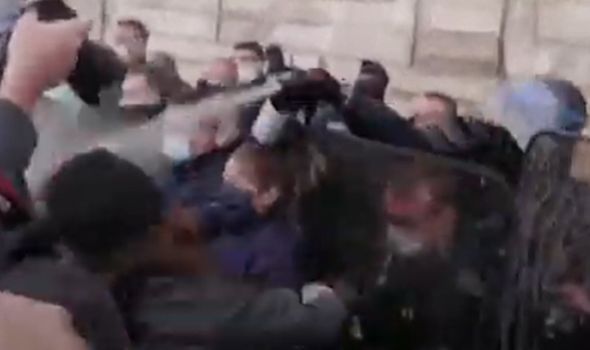 One young man named Jean told CGTN: “We still have fully packed classes, with students sitting side by side.

“They’ve tried to re-arrange the tables, but it changes nothing.

“What we’re asking for is the halve the number of students in a class to 15.” 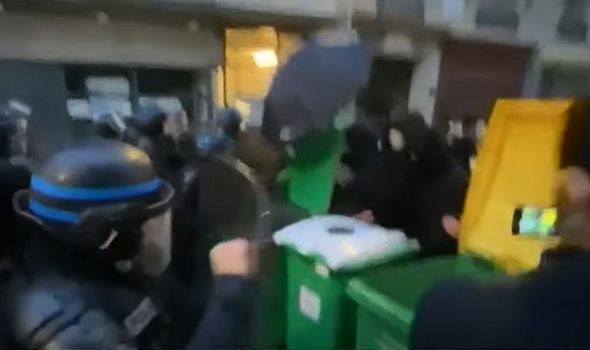 Students blocked the school entrance and hung a strike banner in protest.

They were driven back by police officers in riot gear.

According to French media, similar protests happened at other Paris schools. 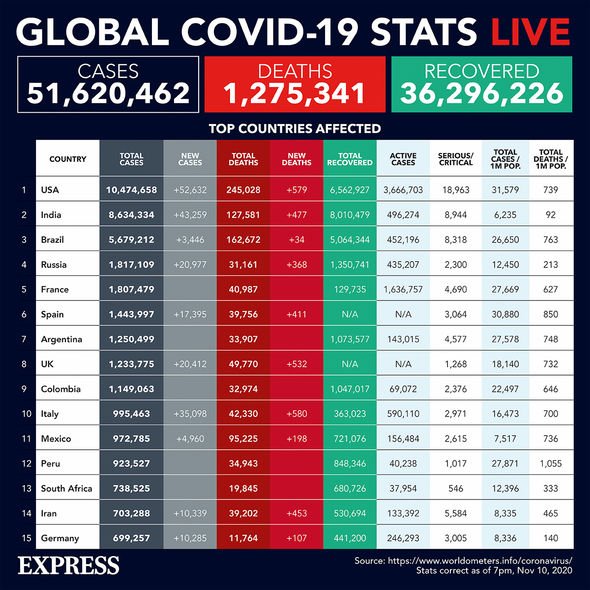 President Macron announced France’s return to lockdown at the end of October.

The European leader pointed to the soaring coronavirus cases as the reason for the strict action.

The measures will be reviewed every two weeks, with restrictions added if necessary.

Just over 20,000 daily new infections have been recorded in the latest figures.

This is sharply down from over 80,000 two days previous.

Related posts:
Hot News
South Korea reports its biggest one-day jump in cases in eight months.
Boris Johnson warns UK faces a NEW lockdown in January… before we’ve even left this one
Disney increases planned layoffs to 32,000 as virus hits park attendance
EU ARMY: Italy told to join forces with France and Germany’s defence axis
BBC fury: Broadcaster told to act ‘fast’ as older viewers ‘up in arms’ over youth strategy
Recent Posts
This website uses cookies to improve your user experience and to provide you with advertisements that are relevant to your interests. By continuing to browse the site you are agreeing to our use of cookies.Ok