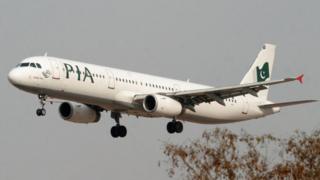 Pakistan International Airlines (PIA) has grounded 150 pilots over claims they may not hold a valid licence.

It comes as an initial report into a PIA crash that killed 97 people last month found the cause to be human error by the pilot and air traffic control.

Pakistan has a chequered aviation safety record with a number of crashes.

Aviation minister Ghulam Sarwar Khan shared the findings of an initial report into May’s crash on Wednesday, but also referred to a wider government probe, which had been launched after a different crash.

Following the 2018 crash, it was discovered that the test date on the pilot’s licence was a public holiday, suggesting that testing could not have taken place on that day.

Mr Khan said investigations had found that more than 260 of the country’s 860 active pilots had either fake licences or had cheated in their exams.

A PIA spokesman confirmed to AFP news agency that the probe found about 150 of its 434 pilots had “either bogus or suspicious licences”.

“We have decided to ground those 150 pilots with bogus licences with immediate effect,” he said.

Some flights may be cancelled as a result, the airline said.

The International Air Transport Association (IATA) said the irregularities found in pilot licences at the airline represent a “serious lapse” in safety controls.

Pakistan’s aviation authorities have been probing allegations of PIA pilots’ fake qualifications since 2018, but not much is known about it.

Since 1965, PIA has suffered 10 major crashes and several minor incidents. Inquiries have been held but they don’t seem to have led to any improvements.

Many say the airline, which once played a major role in the launch of one the top Middle Eastern airlines, Emirates, has subsequently gone down the same path to institutional decay as the rest of the country.

Over the years, both the PIA and the Civil Aviation Authority have come to be dominated by serving or retired officers of the Pakistan Air Force (PAF), prompting some to call it the retirement home for the military.

Patronage politics has also led to large-scale recruitments, making it one of the most overstaffed airlines in the world.

In recent years, there have been frequent allegations of drug trafficking and smuggling involving PIA staffers, but in most cases there haven’t been visible reprisals.

Many feel a one-off blame on individual error or fake educational degrees will only help to keep the doors shut on transparency and prevent wider exposure of the vested interests that have brought PIA to where it is today.

On Wednesday, the aviation minister also gave more details on the preliminary report into a PIA plane crash on 22 May. Flight PK8303 came down on houses in Karachi. Only two passengers survived. 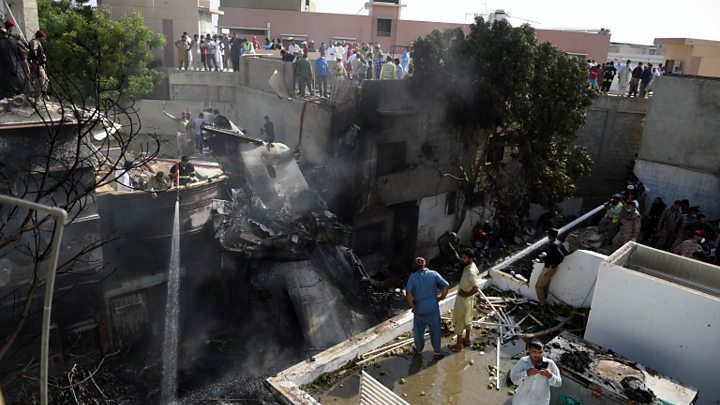 What were the findings on the recent crash?

On Wednesday, Mr Khan told parliament that the pilot and air traffic control failed to follow protocol. The pilots were distracted, talking about coronavirus with each other as both of their families had been affected by the virus.

He said there was nothing wrong with the Airbus A320 aircraft, which had taken off from Lahore and was attempting to land in Karachi.

Mr Khan said the pilot initially failed to deploy the landing gear correctly, which led to the aircraft scraping the runway before then taking off again. As the plane was about to make a second landing, air traffic controllers failed to tell the pilot that the plane’s engines had been left badly damaged.

“When the control tower asked him to increase the plane’s height, the pilot said ‘I’ll manage’. There was over-confidence,” Mr Khan said.

He said that a full report on the crash would be released in a year’s time and will include details from a recording taken during the descent.

Mr Khan also vowed that PIA, a state-owned airline would be restructured and vowed that action would be taken against rogue pilots.

What happened on board?

Purported audio of the conversation between air traffic control and a pilot for the second attempt was published shortly after the crash by Pakistani media outlets, in which the pilot is heard saying the plane has “lost engines”.

An air traffic controller asks whether it is going to carry out a “belly landing”, to which the pilot replies “mayday, mayday, mayday” – the final communication from the plane.

Muhammad Zubair, one of the two surviving passengers, said there were 10-15 minutes between the first attempt at landing and the crash. “No-one was aware that the plane was about to crash; they were flying the plane in a smooth manner,” he said.

He recalled how he lost consciousness during the sudden descent, then woke up to smoke and screaming. He managed to escape by walking towards light and jumping down about 10ft (3m) to safety.