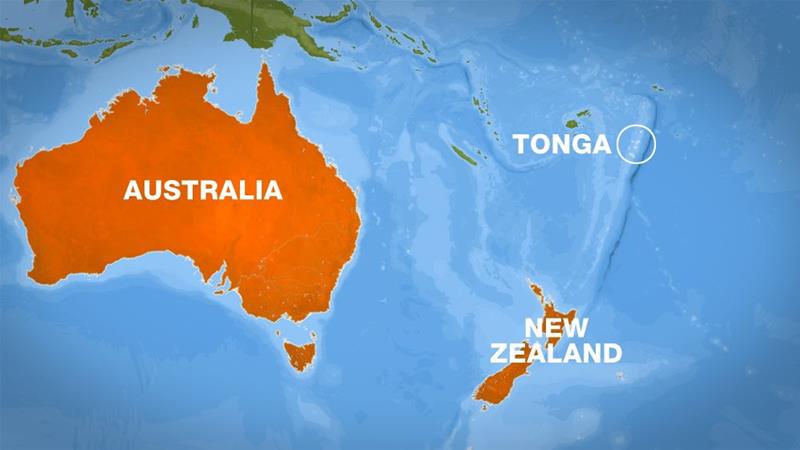 A director at the operator of Tonga’s undersea internet cable has said he cannot rule out sabotage as the reason the cable broke and plunged the Pacific nation into virtual darkness for almost two weeks.

Repair crews found two breaks along the vital fibre-optic cable that connects Tonga with the rest of the world, Piveni Piukala, a director of Tonga Cable Ltd., said on Monday.

Several kilometres away, they found two more breaks and rope entangled on the separate domestic cable that connects the main island with some of Tonga’s outer islands.

Piukala said the crew members on a specialised repair ship found the rope attached to the domestic cable for about 100 metres and the cable was twisted and damaged along that length. He said sea conditions and weather had been typical when the damage occurred.

Last week, Piukala said he thought a large ship had caused the damage by dragging an anchor along the seabed.

On Monday, he said that remains a working theory, although he finds it hard to imagine a ship could have applied such force to the cables and caused damage over such large distances without doing so deliberately.

He said it was “beyond anyone’s imagination” to speculate why anybody might want to sabotage the cables and that the government planned to investigate thoroughly.

About 90 percent of people in Tonga had full internet access restored by Saturday after crews finished repairing the international cable.

Piukala said they hope to finish repairs to the domestic cable by Tuesday.

Limited access was restored via satellite, but authorities blocked most people from using social media like Facebook to preserve precious bandwidth until repairs to the international cable were completed.