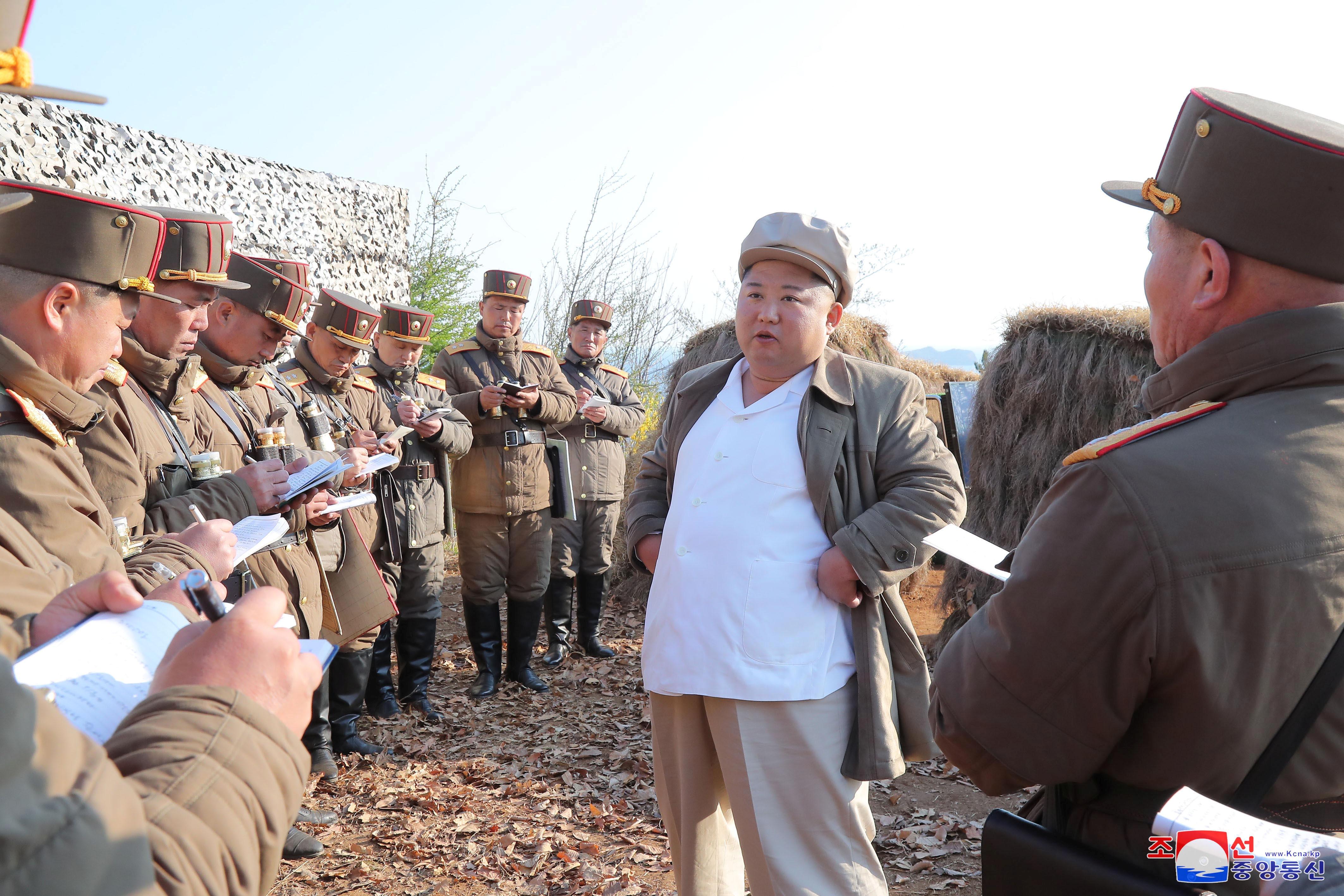 SEOUL (Reuters) – North Korean leader Kim Jong Un oversaw another military drill, state media reported Friday, ahead of a meeting of the country’s rubber-stamp parliament, which is going ahead despite the coronavirus pandemic.

The small-scale drill featured infantry units firing mortars at a target, and is the latest in a month of exercises by the North Korean military.

Some earlier exercises included short-range ballistic missiles, and went ahead despite stringent measures the country has taken to prevent a coronavirus outbreak.

The drill was held “to further fortify the country’s defence capabilities,” state news agency KCNA said in a report.

“Sky-high militant spirit and enthusiasm pervade all the sub-units and artillerymen as they took part in the firing drill under the direct guidance of the Supreme Leader,” the outlet said.

The Supreme People’s Assembly (SPA) is due to hold its annual meeting on Friday.

When the parliamentary meeting was announced last month, international observers said it was a sign of confidence by Kim’s government that he could gather hundreds of the country’s leaders in one place despite the pandemic.

North Korea claims it has no confirmed cases of SARS-CoV-2, but has said that it continues testing and has more than 500 people in quarantine, according to the World Health Organization.