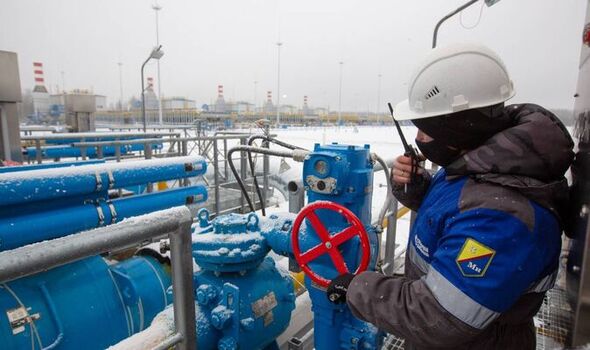 Russian energy firm Gazprom announced it would slash gas deliveries to Europe by 80 percent in order to carry out maintenance on a turbine on its Nord Stream 1 pipeline. Ukraine’s President Volodymyr Zelensky has claimed this is simply “gas blackmail.”

Britain gets less than five per cent of its gas from Russia, but its prices are affected by global market fluctuations.

Dr Hafez Abdo, associate professor of accounting at Nottingham University Business School, said: “The gas war is likely to have a marked impact on the UK gas market and energy security.”

“Despite the small portion of gas imports from Russia, stressing the EU market is likely to pressure our access to Norwegian gas. This would stimulate the international prices to increase further – and this is likely to increase domestic gas prices, shake UK energy security and deepen energy poverty.”

“An emergency plan needs to be made by the Government soon to protect UK consumers. We may see coal stations functioning again this winter.”

The Nord Stream 1 pipeline, which pumps gas to Germany, has been running well below capacity for weeks.

Russia’s biggest European pipeline was completely shut down for a 10-day maintenance break, prompting concerns that shipments would not resume at all.

They did restart last week, but Gazprom has since announced it needed to cut supply to around half of current levels for new works.

Dr Paul Ekins, professor of resources and environment policy at University College London, said: “Putin will not hesitate to use Russian gas as a weapon in his invasion of Ukraine by turning the taps down or off. Gas will flow where the prices are highest. That the UK doesn’t use much Russian gas won’t insulate it from price rises.”

“If the UK wants to get gas from Norway or anywhere else, it will have to pay the same price as other European countries, or the gas will go there instead.”

The price of wholesale gas, which can be purchased a season ahead, has rocketed following the conflict in Ukraine.

The last two weeks has seen another surge amid concern about whether Moscow will limit surplus to Europe, with the future wholesale price at its second highest point in the last three years.

President Zelensky said: “This is done by Russia on purpose to make it as difficult as possible for Euro-peans to prepare for winter. This is an open gas war Russia is waging against a united Europe.”

He said: “They don’t care what will happen to the people, how they will suffer – from hunger due to blocked ports, from winter cold and poverty, or the occupation. These are just different forms of terror.”

“That is why you have to hit back. Do not think to bring back the turbine but strengthen the sanctions.”

EU governments agreed yesterday to ration natural gas to protect against further cuts. They approved a draft law to lower demand for gas by 15 percent from August to March.

EC President Ursula von der Leyen said: “The EU has taken a step to face down the threat of full gas disruption by Putin.”

Simon Tucker, from business analytics firm Infosys Consulting, said: “EU countries and the UK must do all they can to replenish gas stores.” 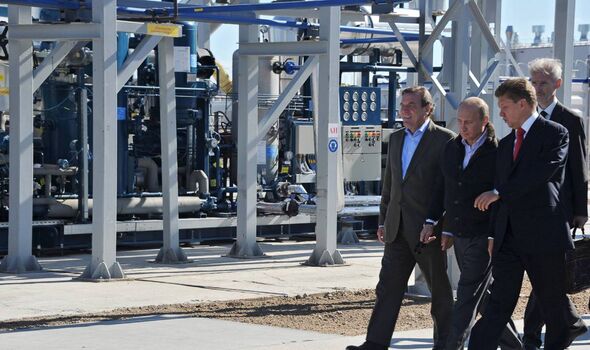