MANAGUA (Reuters) – Nicaraguan poet and priest Ernesto Cardenal, a strong critic of President Daniel Ortega, died on Sunday at the age of 95 in Managua due to heart and kidney problems, a close relative said. 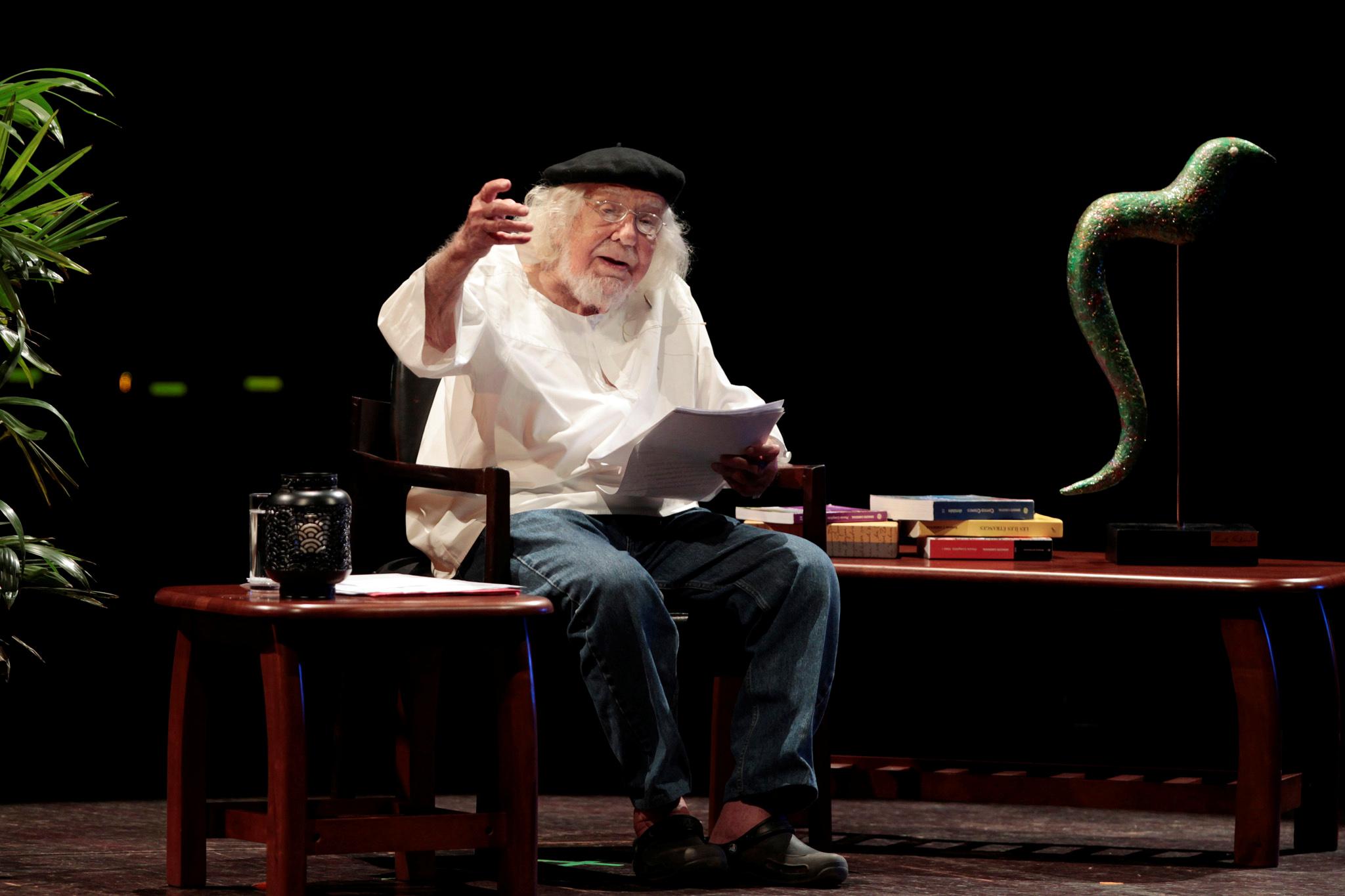 Three days of national mourning were declared for Cardenal, who rose to fame in 1983 when Pope John Paul II refused to acknowledge the kneeling priest due to his refusal to relinquish his involvement in politics. He was later suspended by the church for more than three decades over his political activism.

Despite his passion for politics and religion, Cardenal’s love for writing came first.

“I’ve had the vocation of a poet since I was born. The religious involvement came later in life,” Cardenal told Mexican newspaper La Jornada in an interview in 2003. “To that I added the revolutionary vocation: surrender to God led me to surrender to the people.”

He was born in the central city of Granada on Jan. 20, 1925, in one of the country’s most influential families.

After being ordained in 1965, he founded a Christian community on an island that he bought with family money.

Early last year he was admitted to a Managua hospital for a serious kidney infection. However, he recovered and returned to his literary routine, wearing his signature black beret.

A LOVE OF LITERATURE

Cardenal’s support for the Sandinista National Liberation Front party dates back to the early 1960s. After the party rose to power in 1979, he became more involved and even served as minister of culture for about eight years.

For those political activities, Pope John Paul II sanctioned Cardenal in 1984, expelling him from the priesthood. The papal sanction lasted for 35 years, despite the fact that Cardenal distanced himself from the party and became one of Ortega’s fiercest critics after his return to power in 2007.

He kept up that criticism as protests against the Ortega government mounted in recent years.