The Civil Alliance is demanding the release of all political prisoners before talks can resume. 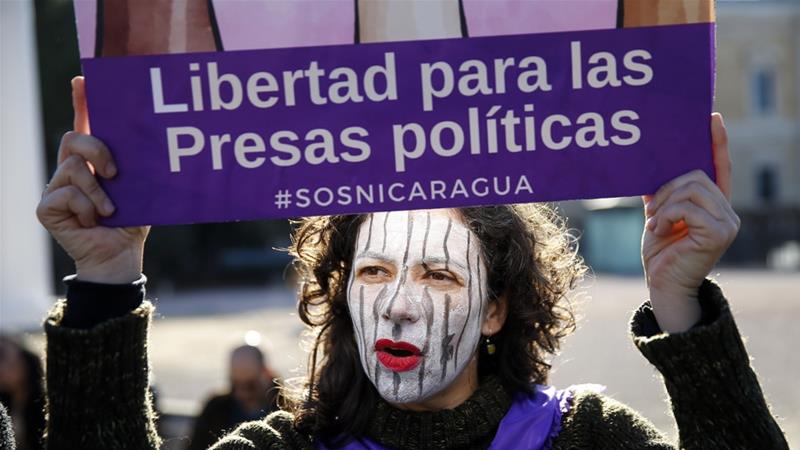 Negotiations aimed at resolving an almost-year-long crisis in Nicaragua have stalled as country’s opposition walked out of talks on Sunday.

The Civil Alliance is calling on the government of President Daniel Ortega to release of all political prisoners before talks can resume.

In a statement on Sunday, the group – which is made up of students, entrepreneurs and activists – also demanded an end to repression and kidnapping, full observance of international standards for the treatment of political prisoners and that the government stop harassing detainees’ families.

“We reiterate the call to the government to show the political will necessary to create an atmosphere favourable to peace in the country,” the statement read.

Nicaragua plunged into crisis in April, when protests against pension reform spawned into a widespread anti-government movement. Security forces responded with a brutal crackdown on dissent, targetting activists and journalists.

More than 335 people have been killed, according to Amnesty International, while some 50,000 others have fled the country.

In a press conference on Monday, Nicaragua’s Foreign Minister Denis Moncada said the government is prepared to return to the negotiating table, stressing that the talks were based on “trust, respect and goodwill”.

Talks reopened in late February, after Ortega said he would resume dialogue with opposition leader in the hopes of securing “peace”, saying the negotiation would be “full of goodwill and compromise”.

Ortega has frequently blamed the unrest on “thieves” and “coup mongers”.

While some, including the United Nations human rights chief Michelle Bachelet, have greeted the talks with cautious optimism, others have been critical.

Exiled opposition leaders say that not all sides are properly represented, particularly those of exiles afraid to return to their homes.

Others have questioned the sincerity of Ortega’s intentions, noting that the timing of his offer of talks coincided with increased pressure from the United States.

On Saturday, Ortega offered to free all political prisoners who had not yet been tried and to reexamine the cases of those who had. Dozens had already been released in advance the talks with the opposition.

However, the 73-year-old said he would not organise early elections, which the opposition wants to see this year.

The Alliance’s withdrawal from the talks comes after the country’s influential bishops said on Friday that they would no longer participate.

A representative of the Organization of American States (OAS) is due in Nicaragua on Monday to meet key players to determine if OAS should have a role in the negotiations.

The opposition had asked OAS and the UN to act as guarantors of the peace process and ensure any agreements are upheld, a move the government opposed. 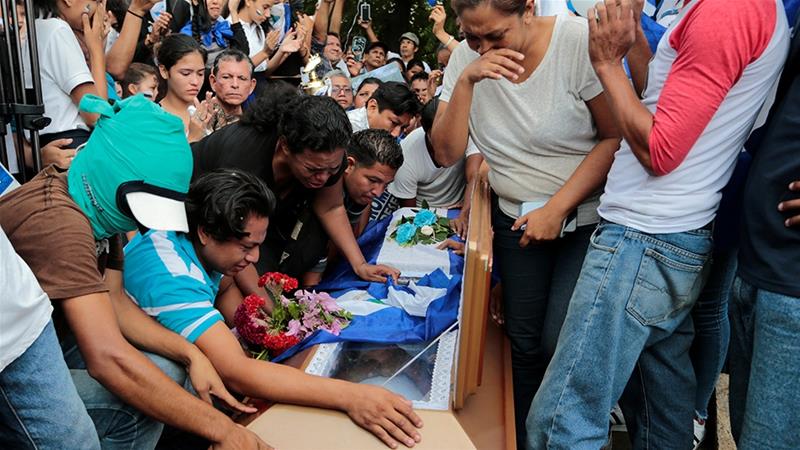 Who is responsible for the violence in Nicaragua?