BERLIN (Reuters) – A long-time opponent of Angela Merkel promised to oversee a new start for her struggling Christian Democrats (CDU) on Tuesday as he lined up against two rivals in the race to take over Germany’s main conservative party. 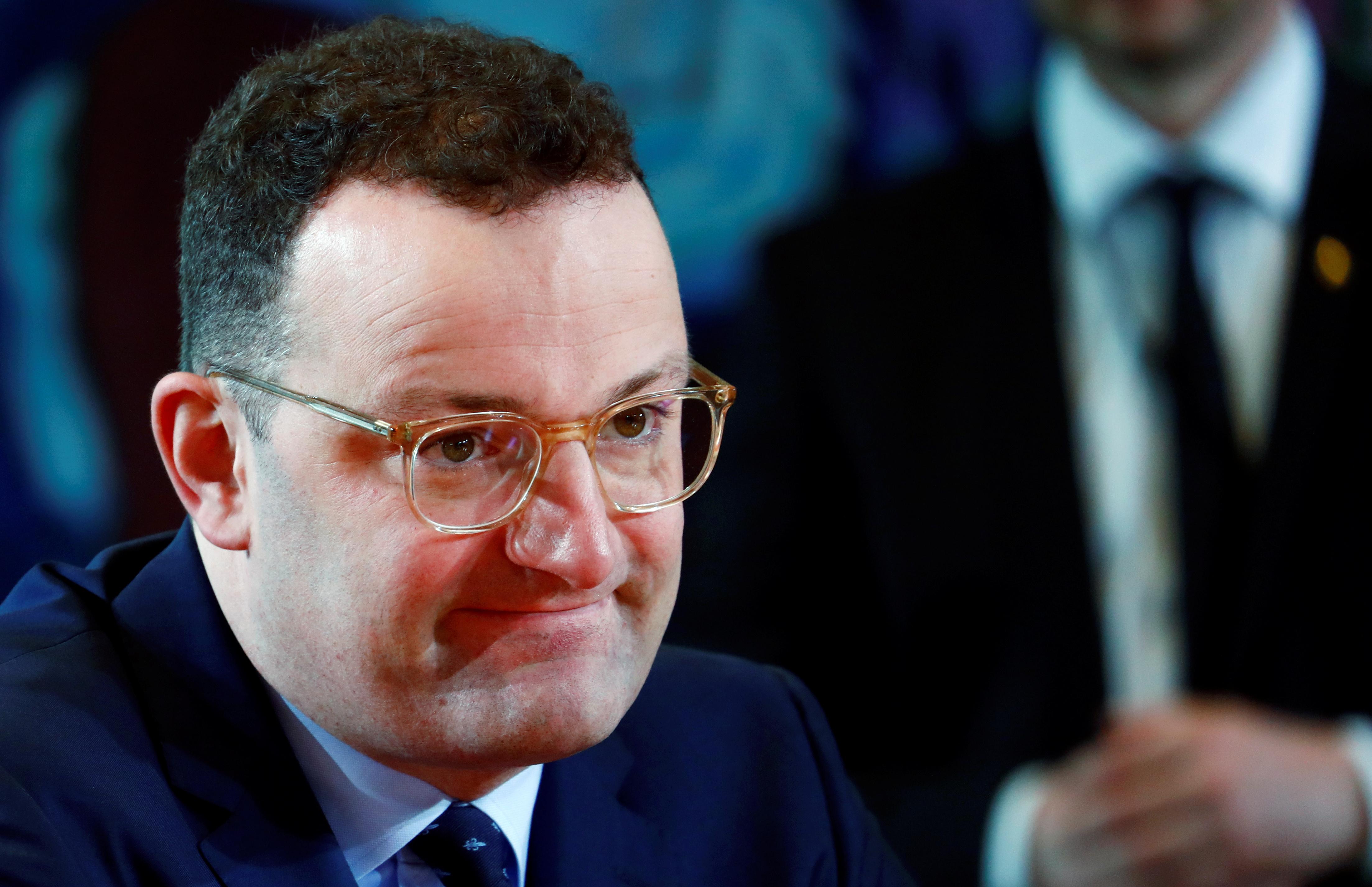 The CDU plans to pick a new leader at a congress on April 25 in hope of resolving a crisis that appears to be loosening its long hold on power.

After four-time chancellor Merkel, brought up in the Communist East, broke the mould in the traditionally Catholic party, three white men in their 50s or 60s, all from the same state in western Germany, are the contenders so far.

“We have today the alternatives of continuity and a new start,” Friedrich Merz, viewed by some commentators as the front-runner, told reporters.

Pro-business Merz, 64, lost out to Merkel’s protegee Annegret Kramp-Karrenbauer in a 2018 vote for the CDU leadership.

But two weeks ago Kramp-Karrenbauer said she no longer wanted to succeed Merkel after an outcry over her handling of fallout resulting from a temporary dalliance between a regional CDU branch and the far-right.

Together, the CDU and their Bavarian CSU sister party are polling just 27%, down about 6 points from the last national election in 2017, and the CDU performed disastrously in a state vote in Hamburg on Sunday.

Merz’s rivals to head the party include Armin Laschet, premier of Germany’s most populous state North Rhine-Westphalia, who joined the race with the surprise backing of Health Minister Jens Spahn, who had been expected to run himself.

Centrist Laschet is widely seen as the continuity candidate and he may have boosted his chances by teaming up with Spahn, a fierce critic of Merkel’s 2015 open-door migrant policy who appeals to some on the CDU’s more conservative wing.

“The CDU is bigger than either one of us, this is about the future of our country and the CDU,” said Spahn, adding it was time to build bridges within the party.

The third candidate is Norbert Roettgen, head of parliament’s foreign affairs committee, who tweeted that he would choose a woman as his running mate.

Merz took aim at his rivals for ganging up on him.

“In real life perhaps one would talk about the formation of a cartel that weakens competition – but it is all right and legitimate that they are doing that,” he told reporters.

A YouGov poll on Monday showed that Merz was the most popular of the three contenders to run as chancellor in the next election due by October 2021, but 43% of those asked were still undecided.

While the new CDU leader will be in a strong position to be chancellor candidate, that would still have to be agreed with the CSU, which may prefer its own leader Markus Soeder.

Merkel, 65, who had led Europe’s richest country for almost 15 years, has said she will not run for a fifth term.

Her succession strategy has unravelled and it is unclear if she will be able to remain chancellor with a new party leader although Kramp-Karrenbauer has said the CDU expects the new chair to work alongside the chancellor.

Laschet made clear he was ready to work with the ruling coalition, including the Social Democrats (SPD).

Pledging to focus more on education, digitalisation and tackling right-wing radicalism, Merz was less explicit, saying he and the chancellor would come to “an understanding”.

His rivalry with Merkel dates back to a power struggle within the party in 2002, and in October he said her lack of leadership had cast a fog of inaction over the country for years.

However, Merz said he didn’t want to turn back the clock on the last 15 years. “Germany is in a good position despite all the problems. But we need some corrections,” he said.