Homes have been left at risk of collapsing into the sea after huge waves battered Australia’s Central Coast.

Houses in Wamberal, New South Wales (NSW), were seen teetering on the edge of a cliff on Friday after two days of waves of up to 11.6 metres (38ft) slamming into the beaches below.

A powerful band of low pressure that swept across Australia‘s east coast earlier in the week created large swells and waves from Wednesday and is not expected to subside until later at the weekend. 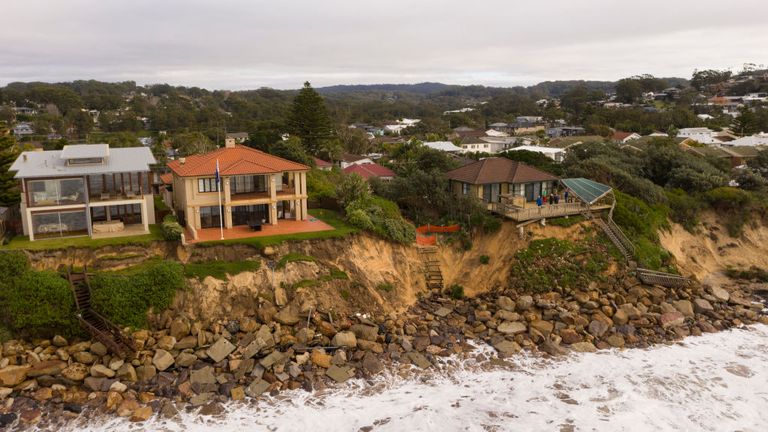 Surfers, swimmers and people fishing and boating along the New South Wales coast have been told to stay away from the water as the largest waves have been about four times the average for this time of year, meteorology company Weatherzone said.

Residents in Ocean View Drive in Wamberal, the hardest hit area, were ordered to evacuate by the State Emergency Service (SES) on Thursday evening as it warned structures could collapse.

Firefighters were called to the street “to attend to homes at significant risk of structural collapse due to beach erosion”, Terrigal Fire Station said.

A crane is placing “large concrete blocks to try to slow the damage to residents along the stretch of coastline”, a post on the NSW Central Coast Incident Alerts Facebook page said.

SES controller Rolf Garda said it was the most significant erosion damage he had seen in 30 years.

“There’s always been impact on that area, but for some reason, this event has taken away far more land than we expected,” he told the Australian Broadcasting Corporation (ABC). 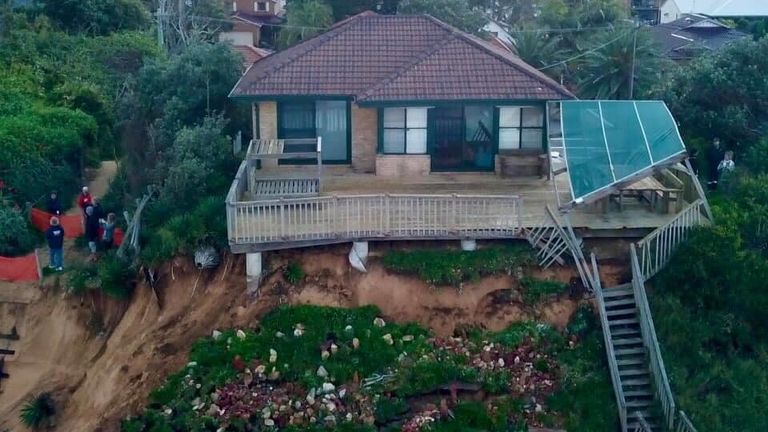 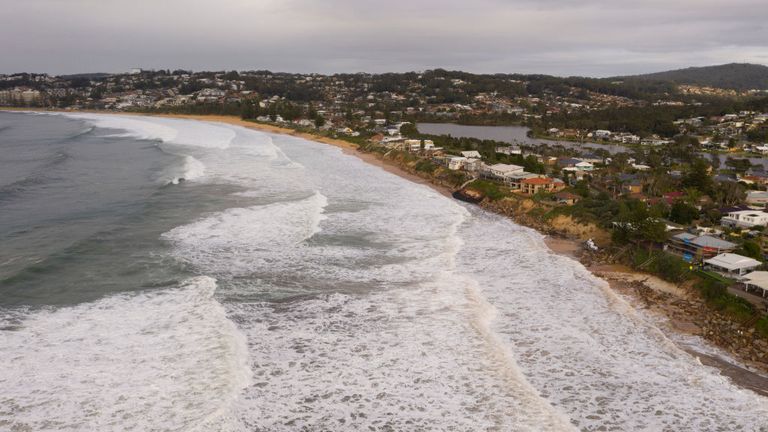 A man whose home was at risk of collapse said he feared his balcony would end up in the sea.

“I’ve never seen the waves come in, to this extent.”

Locals said it was reminiscent of storms in the mid-1970s that severely eroded Wamberal Beach and decimated homes, with several ending up in the sea. 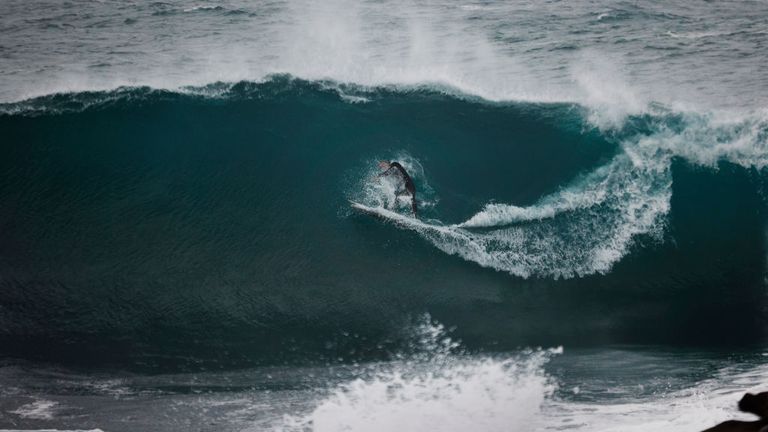 Mitchell Harley, a coastal researcher at the University of New South Wales, said they were warned four days before about “major erosion at Wamberal”.

“This morning houses are teetering on the edge. It’s like watching a disaster movie in slow-mo,” he tweeted.

In Sydney, the state capital of New South Wales, surfers appeared to dismiss authorities’ advice to take advantage of the large waves.

At Avoca Beach, north of Sydney, a freak wave sent people standing at the top of the beach running as the water poured into the car park.