Russian warplanes were caught harassing a US navy destroyer in the Baltic Sea, sparking concerns of growing geopolitical tensions between the two powers. The armed Russian fighter planes were intercepted by Belgian F-16 planes that were there as part of a regular NATO presence. The jets chased off the Russian warplane group as revealed in shocking cockpit video captured by the Belgian Air Force.

In the footage, the NATO jets can be seen intercepting the Russian aircraft group manoeuvring in the Baltic Sea off the coast of Lithuania.

The USS Donald Cook, which is understood to have been in the region for the past two weeks, arrived on 11th April as part of a NATO exercise.

According to Allied Air Command, the USS Donald Cook, part of the US Navy’s 6th Fleet, was operating off the Lithuanian coast last week when the incident took place. 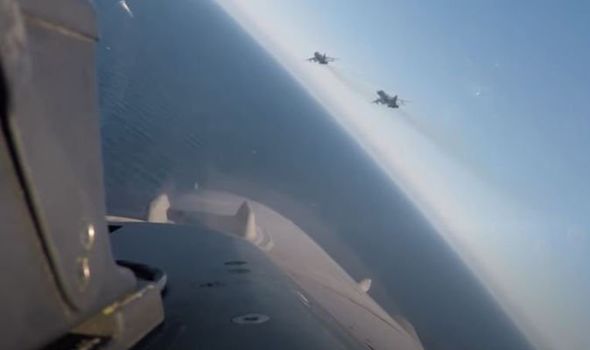 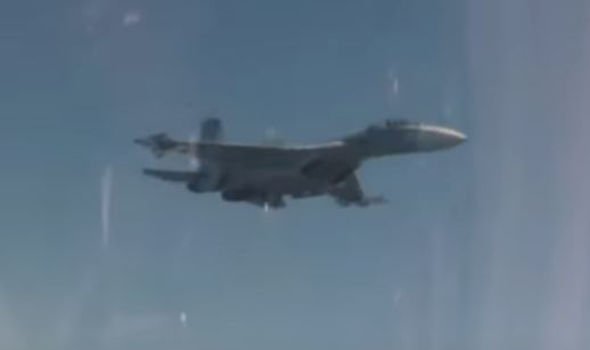 The Donald Cook was deployed to the region with a focus on “regional stability” and “honing anti-submarine warfare capabilities in the Atlantic”.

In an alarming development, the Belgian Air Force cockpit footage appears to confirm that the Russian aircraft were armed with air-to-surface missiles.

Following the encounter, a NATO statement read: “The Russian fighters were manoeuvring in international airspace overflying the USS Donald Cook, a US Navy 6th Fleet destroyer currently operating in the Baltic Sea off the Lithuanian coast.

“The Belgian F-16 conducted a professional intercept and left the scene, demonstrating that Nato remains ready, vigilant and prepared to respond to any potential threat.” 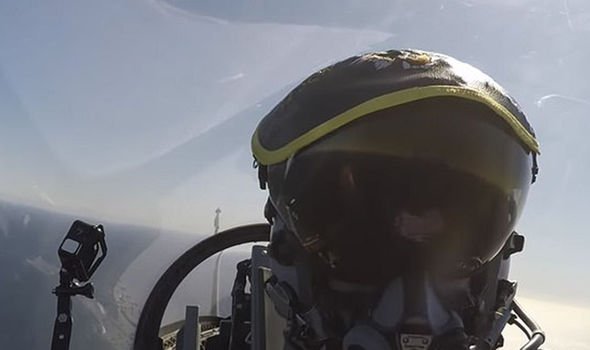 The terrifying encounter comes after another close call between Russian and US aircraft over the Mediterranean last week.

The two flyby interceptions end a pause of at least six months between the two sides. 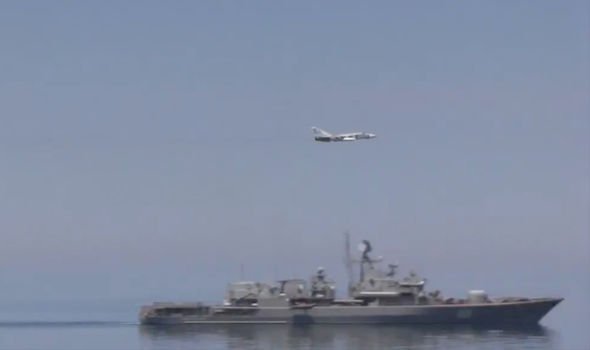 Last year, the US reported several Russian incursions, including in airspace near Alaska and Syria.

In late 2019, the US Air Force intercepted Russian maritime reconnaissance airplanes that were en route to Alaska.

In 2016, the Donald Cook was patrolling in the Baltic when a pair of Russian SU-24 planes carried out what the navy described as a “simulated attack”.

At one point the jets were so close that they created wakes in the water around the ship.

The passes were “unsafe, potentially provocative” and “could have caused an accident” according to US defence officials at the time.

Related posts:
Hot News
G-III Elects Robert L. Johnson to Board
Evel Knievel’s son suing Disney over ‘Toy Story 4’ character
Mum wakes up to nosy cow looking through window and finds 50 more in garden
Canada, U.K., U.S. set to lay sanctions over Belarus election violence
Coronavirus: There won’t be room for everyone on Sunak’s lifeboat
Recent Posts
This website uses cookies to improve your user experience and to provide you with advertisements that are relevant to your interests. By continuing to browse the site you are agreeing to our use of cookies.Ok