Violence has flared in dozens of cities in the wake of the death of George Floyd, an African American man killed by a white police officer in Minneapolis. Chinese officials and state media appear to be revelling in the ugly scenes and have compared the angry protests to Hong Kong’s pro-democracy movement.

China’s foreign ministry spokeswoman, Hua Chunying Tweeted “I can’t breathe” – Mr Floyd’s last words which have become a slogan for the protesters – and added a screenshot of her US counterpart criticising China’s crackdown on Hong Kong.

Fellow ministry spokesman, Lijian Zhao retweeted numerous comments and reports on the protests, including from Russia’s deputy representative to the UN, accusing the US of double standards.

Dmitry Polyanskiy had tweeted: “Why US denies China’s right to restore peace and order in Hong Kong while brutally dispersing crowds at home?” 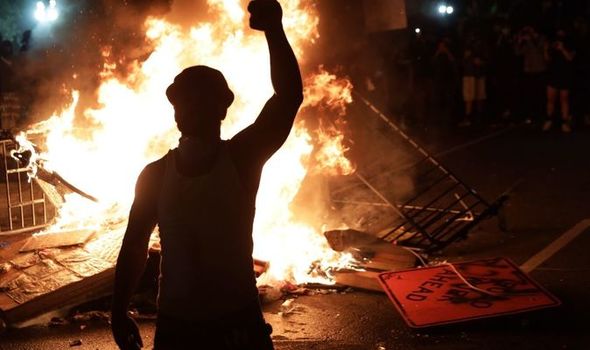 “US politicians now can enjoy this sight from their own windows.”

In a series of tweets and editorials over the weekend, Mr Hu and his paper accused the US of hypocrisy. 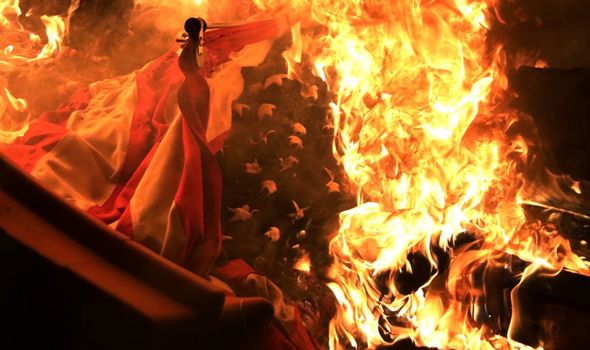 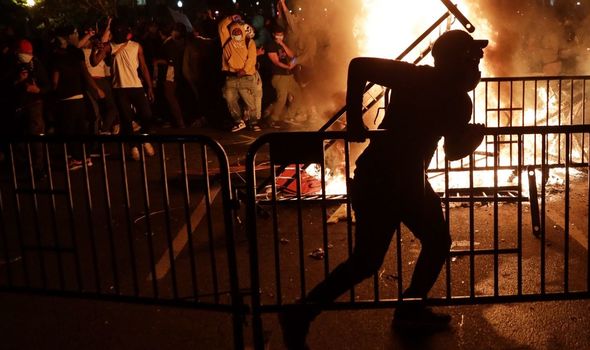 “Go to talk to the demonstrators seriously. Negotiate with them, just like you urged Beijing to talk to Hong Kong rioters.”

In another tweet he said both protests defied the law, subverted order, and were destructive, but that Hong Kong’s were seen as justified by the US.

He said: “The Chinese government has not shown any support for the riots in the US. I hope that Americans notice Beijing’s restraint.”

Global Times has also posted video clips including one of a police vehicle ramming into protesters in New York under with a caption which said: “Peacekeepers or mass murderers?” 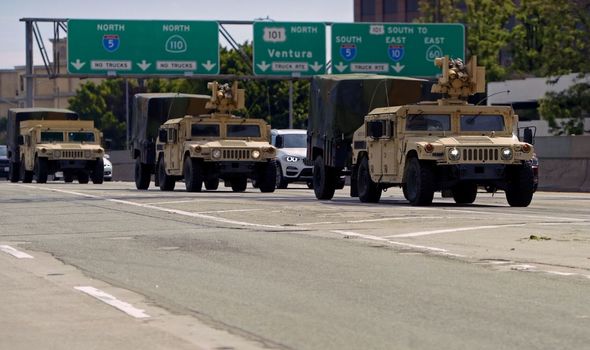 Iran has also goaded the US over the violence and reminded Washington of the statements it released during civil unrest in the Islamic Republic in 2018.

The foreign ministry condemned what it called “the tragic murder of black people and deadly racial discrimination in the United States”.

“To those of us who do: it is long overdue for the entire world to wage war against racism. Time for a #WorldAgainstRacism.”

In another tweet echoing a 2018 statement from US Secretary of State Mike Pompeo, Mr Zarif said: “The US government is squandering its citizens’ resources.”

America suffered another night of violence as police and security forces struggled to cope with the chaotic protests.

Looting broke out in Southern California and a tanker truck drove into marchers in Minneapolis as demonstrators clashed with police in Boston and Washington DC.

National Guard troops have been deployed in 15 states and the capital after five nights of violence and destruction and authorities imposed curfews on dozens of cities, the most since 1968 in the aftermath of the assassination of Martin Luther King Jr. 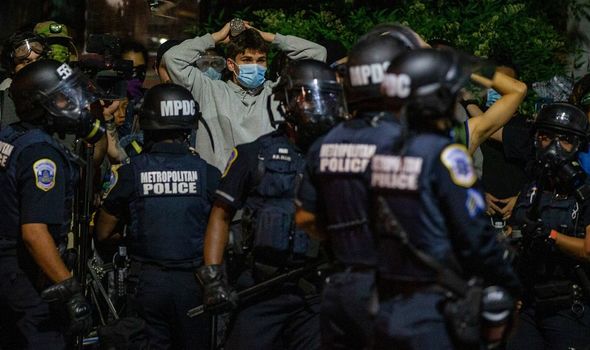 “These people are ANARCHISTS. Call in our National Guard NOW.”

The protests spread around the world, with events in London and Berlin on yesterday and others in New Zealand and Australia earlier today.