NEW DELHI/MUMBAI (Reuters) – Police enforced lockdowns across large parts of India on Tuesday, with curfews in some places, as health officials warned that the coronavirus was spreading out of big cities where it first appeared into the small towns that dot the landscape. 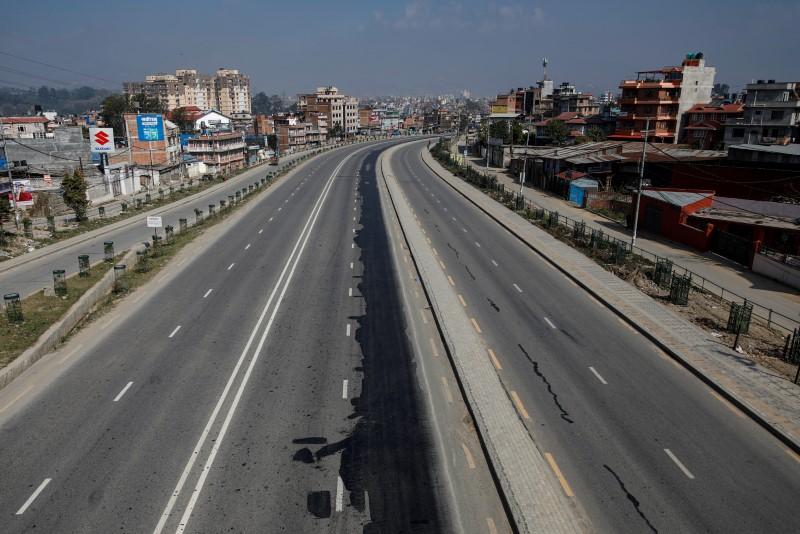 Health researchers have warned that more than a million people in India could be infected with the coronavirus by mid-May.

India has already severed international flight links and domestic air services will stop at midnight in a bid to halt the spread.

Prime Minister Narendra Modi is due to address the nation for a second time in a week on the risks to the country of 1.3 billion people from the virus that emerged in China late last year and has spread to 194 countries.

India has found 485 cases of the coronavirus and nine people have died from the COVID-19 disease it causes but alarm is growing across the region about prospects for its spread into impoverished communities and the ability of resource-starved public health sectors to cope.

A health official in the western state of Maharashtra said new cases were staring to appear in small towns after a first wave emerged in big cities like Mumbai.

“This trend is worrying as rural areas have limited infrastructure to deal with the outbreak,” said the state health official who declined to be identified saying he was not authorized to speak to journalists.

States have been imposing their own lockdowns and have been suspending train and bus services and ordering traffic off the roads.

About three quarters of the country was under lockdown on Tuesday with most of the rest expected to follow suit by the end of the day.

A new concern in the northern Indian state of Punjab was the risk of infection from an estimated 90,000 overseas Indians who had traveled back to their ancestral homeland, the state government’s top health official, Balbir Singh Sidhu.

Many people from Punjab live in Britain, the United States and Canada and many travel back in the cool winter to visit.

A team of scientists based mainly in the United States said this week India’s tally of infections could jump to 1.3 million by mid-May if the virus maintains its rate of spread.

“Even with the best-case scenarios, probably, you are in a very painful crisis,” said Bhramar Mukherjee, a professor of biostatistics and epidemiology at the University of Michigan who was involved in the study.

More than 377,300 people have been infected by the coronavirus globally and 16,520 have died, according to a Reuters tally.

Across South Asia, home to a quarter of the world’s population, authorities are scrambling to raise their defenses.

Bangladesh has deployed the military to ensure social distancing and strengthen the coronavirus preventive measures, the military’s information office said.

Bangladesh has had 33 cases and three deaths.

The Pakistani army is also helping to impose nationwide restrictions to contain the spread of the coronavirus following a request from the government.

Sri Lanka, with nearly 100 cases, has also severed its transport links with the world.

CRACK DOWN ON DELHI PROTEST

Earlier on Monday, police in the Indian capital broke up the longest-running protest against a new citizenship law, citing a ban on public gatherings because of the coronavirus.

Dozens of people, many of them women, had been staging a sit-in protest since early December on a street in the Shaheen Bagh neighborhood, turning it into a focal point for opposition to the law seen as discriminating against Muslims.

“It is a dangerous environment, with this coronavirus,” he told reporters.

Some demonstrators resisted the police and at least nine people had been detained, six of them women, Srivastava said, adding there was no violence.