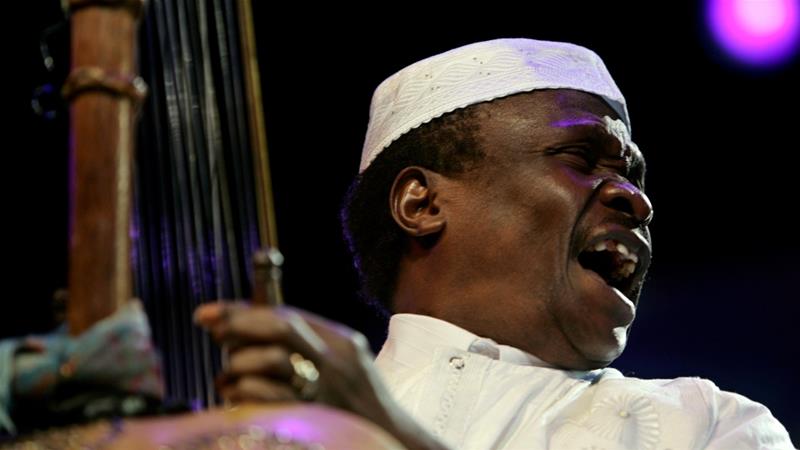 Guinean singer Mory Kante, who helped introduce African music to a world audience in the 1980s, has died in the capital Conakry, his family said. He was 70.

Balla said his father had not been feeling well for quite some time, adding that he will be tested for COVID-19.

Kante is best known for his dance song Yeke Yeke, which was a huge hit in Africa before becoming a number-one hit in several European countries in 1988.

Nicknamed the “electronic griot” – a play on the name for traditional West African musicians and storytellers – Kante died in hospital after succumbing to untreated health problems.

Born into a celebrated family of griots, Kante played guitar, the kora harp and balafon, in addition to being a singer.

Along with the music of Mali’s star singer, Salif Keita, his songs were among the first from West Africa to achieve widespread success elsewhere of the world.

Kante spent much of his youth in Mali, which neighbours his native Guinea, where in the early 1970s he joined the renowned Rail Band in which Keita was also singer.

Leaving the band in the 1980s, Kante revolutionised the West African repertoire by going electric and blending traditional Mandingo music with urban grooves.

It was his upbeat single Yeke Yeke that catapulted him to fame, and brought Mandingo dance music to nightclubs across Europe.

The album on which the song was included, Akwaba Beach, later went on to become one of the best-selling records in sub-Saharan history.

Kante moved away from his electric sound during a lull in popularity during the 2000s, opting for accompaniment from more traditional string orchestras.

His 2010 album La Guineenne – his first in eight years at the time – drew on the large-orchestra sound from West African music’s golden age, in the years following independence from former colonial power France.

As well as making music, Kante also used his influence for social causes.

He was a goodwill ambassador for the United Nations’ Food and Agriculture Organization (FAO) and sang in support of the fight against the 2013-2016 Ebola epidemic in Guinea, which killed some 2,500 people.

On Friday, Guinean President Alpha Conde tweeted Kante had been “exceptional” and “a source of pride”.

“African culture is in mourning,” he said.

Senegalese musician Youssou N’Dour said he was dismayed by such a great loss.

“I feel a huge void today with the departure of this baobab of African Culture. Rest in peace,” he wrote on his Twitter account.