Two-year-old border collie, Tilly, went missing after his owners, Linda and Mike Oswald were involved in an accident that flung Tilly out of the car. After the horrifying incident, the devasted owners started a campaign to find their beloved pup.

Sharing her plea on Facebook, Ms Oswald said: “Mike and I were in a car accident today at Highway 41 and Hayden. We are good but my dog Tilly is missing. He was thrown out and was seen running north.

“He is a reddish-brown male with black markings on his face. He has medium long fur and a bobtail. He was last seen running across the Prairie at Hayden Ave and Highway 41.

“He is shy so please pm me or contact me via FB if you see him.” 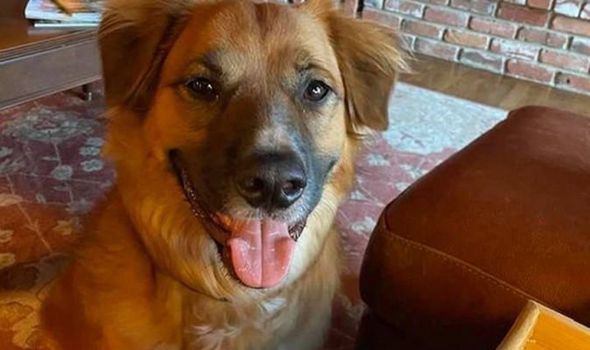 Two days later, the couple received a call from Travis Potter, a sheep farmer near the site of the accident.

He said that he had heard about missing Tilly and decided to have a look for him. Much to Mr Potter’s surprise, he discovered Tilly hiding in the sheep pen.

Mr Potter told a local news outlet that a few sheep had gone missing from his farm and he suspected that Tilly saw them running and acted on his herding instincts. He said: “It wasn’t like, ‘Oh, where did this dog come from, how did it get here’, I think that dog was trying to herd.”

Tilly was given to a police office who was able to return him to his worried owners.

On their reunion, Ms Oswald told The Spokesman Review: “The first thing he did is ran in and drank out of the toilet, which he has never done. He was so thirsty.”

Ms Oswald also confirmed that Tilly has showcased his herding instincts on other occasions saying: “He will herd anything. When I go to the dog park he tries to herd the people into one group,”

Ms Oswald added that she had cried “every day” that Tilly was gone and was glad to have him home.