The ex-FLOTUS shared the photograph which reflected on her prom night back in 1982. People on the social media site were quick to praise the emotional photograph, with nearly one million people liking the post. In the picture, Michelle can be seen sitting on a chair with her prom date standing by her side.

The post was part of a campaign for teachers and students to share photographs from their prom night.

Michelle captioned the image: “Throwing it back to my 1982 prom night and this pink satin, polka-dotted dress.

“If you’re a student or teacher, join the #PromChallenge with @WhenWeAllVote and @MTV and tell us what your school is doing to register students to vote — you could get a free prom for your school! Learn more at prom.mtv.com.

“You can also help me spread the word by posting your prom photo with #PromChallenge.” 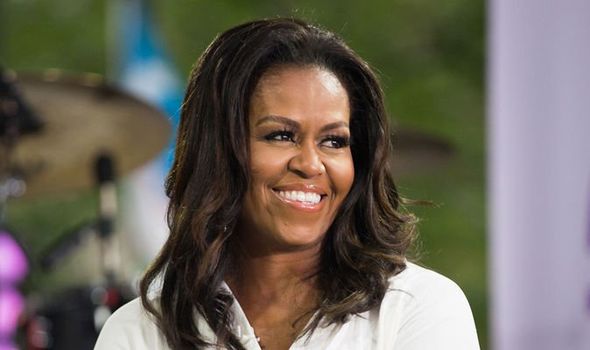 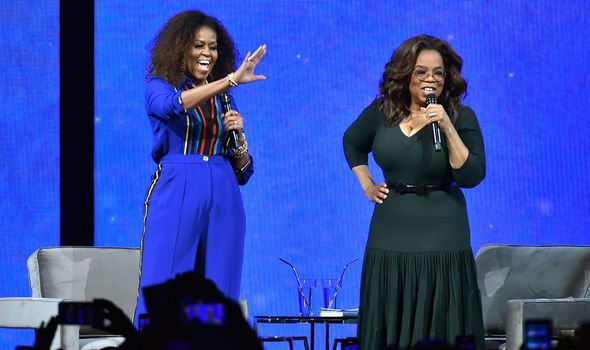 One wrote: “Gorgeous then, even MORE gorgeous now…inside and out.”

Another said: “I need to find a chair like this for the photo station at a throwback party I’m putting together for dad’s birthday!” 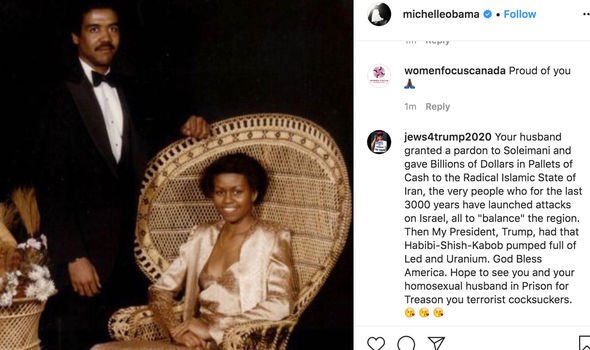 It comes as Michelle delivered a shock demand to her children as she ordered them to “not define themselves” by looking at what she and her husband Barack had achieved in their lives.

During an emotional discussion with Oprah Winfrey, Michelle outlined what she felt her children needed to do after they grew up in the White House.

The couple have two children – Sasha and Malia.

They were with them during the Obama’s eight-year stay in the White House. 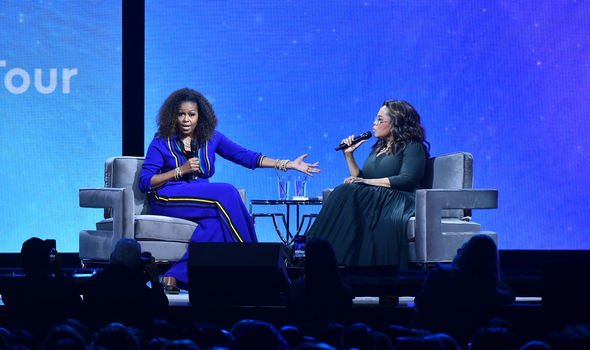 But speaking to Oprah during the host’s ‘2020 Vision: Your Life in Focus’ tour, Michelle made the revelation.

She said: “They cannot define themselves by looking at each other or looking at me or their dad.

“So, I don’t want them measuring themselves by external influences, and for young girls, that is hard to do.”