MEXICO CITY (Reuters) – Mexico’s government said on Friday it had the coronavirus outbreak under control even as the country becomes one of the global hotspots for the pandemic. 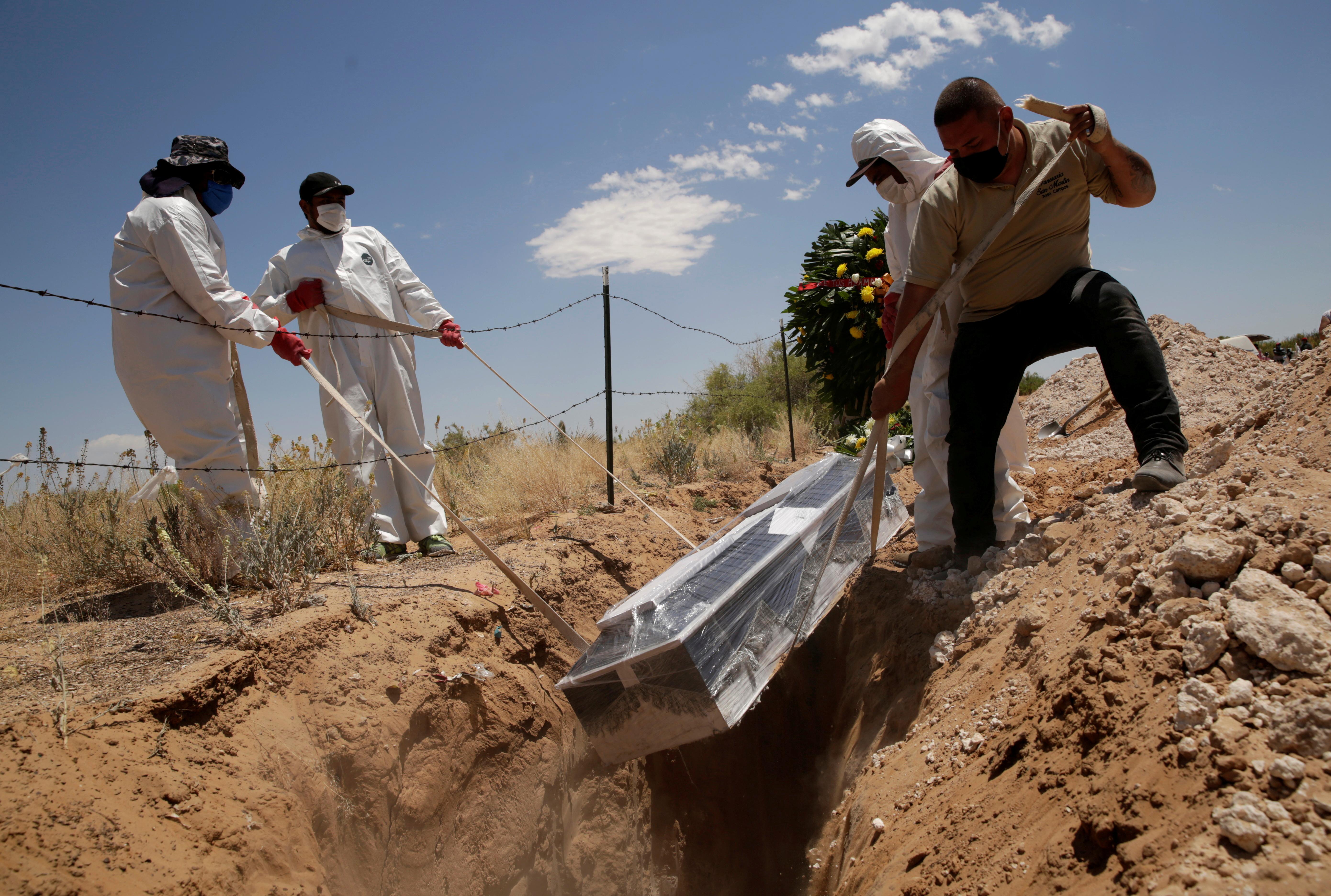 The health ministry had forecast the outbreak could peak two weeks ago, but Mexico has posted its highest totals of deaths and infections in the past two days, trailing only the United States and Brazil for fatalities on Wednesday and Thursday.

“My grandparents were admitted the day before yesterday and they haven’t given us any information,” said 24-year-old Tania Gonzalez, as she stood outside a public hospital in Mexico City.

“We’re worried. We don’t know if they’re dead, alive, if they’re being treated, what sort of state they’re in.”

Under pressure from politicians, officials, and the business lobby in Washington, Mexico has already started to reopen parts of the economy.

However, some politicians and public health experts fear that may be premature. In the past seven days, Mexico registered 27% of its total 6,510 confirmed deaths from the coronavirus and 24% of the 59,567 cases. It reported its first case in February.

“The key thing is that in spite of the suffering and the loss of human life, we’ve avoided a deluge,” the president told a news conference. “We can rule that out.”

Mexico has so far avoided the kind of devastating mass outbreaks seen in northern Italy or New York. But deaths and new infections in Latin America’s second-largest country are still rising.

Mexico has not launched a widespread testing regime or imposed the kind of strict lockdown used in parts of neighboring Central America.

“It’s not just that the risk of infection is high but what’s being called a return to the new normal could make new cases increase exponentially… leading to more loss of life,” said Trizia Herrera, an associate at public policy consulting firm EPLOC.

“It seems premature that President Lopez Obrador is talking about ruling out a deluge in Mexico, as the epidemic is still growing.”

A Reuters survey of 18 funeral homes and crematoriums across the capital found that official statistics may be significantly understating the true death toll.

The government has said the actual number of cases likely exceeds the confirmed totals but Lopez Obrador has rejected reports the numbers are far higher.

Mexico City and the surrounding area has borne the brunt of the pandemic and occupation of hospital beds in the capital this week stood at 72%, a slight fall from last week.

Francisco Moreno, an infectious disease expert and head of the COVID-19 program at Mexico City’s ABC medical center, said the main issue was the availability of ventilators and medical staff trained to use them.

Some 64% of beds in the capital with ventilators were occupied as of Wednesday, the latest data show.

Related posts:
Hot News
UK weather forecast: UK on alert as severe storms smash into Europe TODAY
US warship sails through Taiwan Strait on Tiananmen anniversary
Australians urged not to take part in Black Lives Matter protests
U.S. court blocks sales of Bayer weed killer in United States
Africa’s top shots: Fashionistas and school days
Recent Posts
This website uses cookies to improve your user experience and to provide you with advertisements that are relevant to your interests. By continuing to browse the site you are agreeing to our use of cookies.Ok