Lopez Obrador criticised after saying women caring for the elderly were key in fighting coronavirus pandemic. 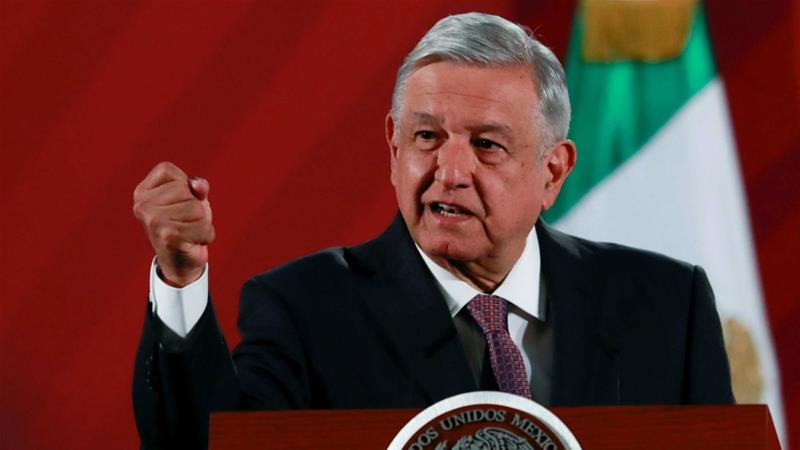 Mexican President Andres Manuel Lopez Obrador’s suggestion that the tradition of women staying at home to take care of older family members was key to fighting the coronavirus pandemic has sparked criticism that his comments were sexist.

Mexico’s elders were helped by the custom of being cared for at home, he said, adding that the “Mexican family is the most important social security institution” in the country.

“People want to change women’s role and that is one of the just causes of feminism. But the tradition in Mexico is that daughters are the ones who care the most for parents. We men are more detached,” Lopez Obrador said in a speech on Thursday.

Many accused the 66-year-old leader of “misogyny”, “oppression” and “perpetuating macho traditions”.

The hashtag AmloMachista, or sexist AMLO in reference to the president’s initials, was trending in Mexico.

“Translating the president’s nineteenth century thinking when he says men are more detached, he means irresponsible,” Martha Tagle, a politician with the Citizens’ Movement party, said on Twitter.

Translation: “That is why we want a different Mexico, where our daughters are educated for ambition, for leadership, for sorority, to light a match in the heart of their country and of the world. Not to take care of men who want to keep them in their place, silent and domesticated.”

Claudia Castello, who describes herself as a sociologist and feminist, said: “AmloMachista insists on sending women to be ‘caregivers’, but we have news for him, we are citizens and we are feminists who will no longer tolerate his presidential misogyny.”

This is not the first time the 66-year-old leader has been accused of making controversial comments.

Lopez Obrador’s prickly reaction earlier this year to criticism of his administration over brutal murders of women in Mexico riled feminists and undermined support for him among female voters, helping to ignite protests.

He has also been criticised for not taking the coronavirus pandemic seriously enough and pushing for a reopening of the economy too soon.

Mexico has the seventh-highest coronavirus death toll in the world with 25,060 deaths and 202,951 cases.

Why do femicides in Mexico persist?