CIUDAD JUAREZ, Mexico/MEXICO CITY (Reuters) – Mexican authorities and migrant shelters along the U.S. border are racing to respond to the coronavirus as fears mount that they will be overwhelmed by an intensification of the Trump administration’s hardline immigration policies. 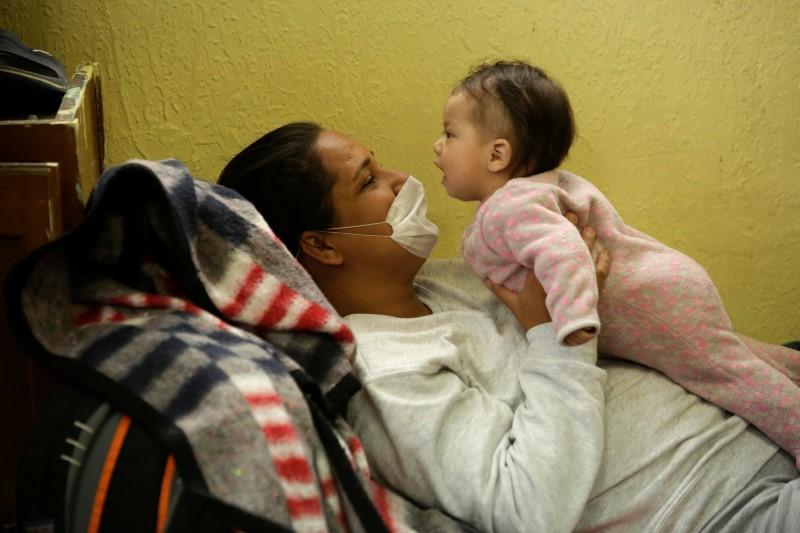 As coronavirus cases rise on both sides of the border, authorities in Ciudad Juarez must manage the public health challenge with limited funds.

Adding to the pressure, U.S. President Donald Trump is considering immediately returning any foreigners caught at the border to Mexico, Reuters reported on Tuesday. That could significantly boost numbers in Ciudad Juarez and other frontier cities.

In the Buen Pastor shelter, director Juan Fierro is down to two bottles of antibacterial gel and has run out of toilet paper. He worries about receiving new migrants who might infect others because he has no space to isolate them.

“The shelter really doesn’t have the capacity,” he said.

Large concentrations of migrants have already sparked discontent in some Mexican border cities since Trump began tightening the frontier when he took office three years ago.

To free up space and provide supplies, the state government will work with shelters in Ciudad Juarez, said Enrique Valenzuela, coordinator of the state population commission.

Yael Schacher, an advocate with Refugees International, worries the virus could move within shelters, noting mattresses are packed in from wall to wall in dormitories.

“If somebody gets sick it’s going to be impossible to find a way to keep it from spreading,” she said.

Schacher and other advocates, including some community leaders in Ciudad Juarez, want future asylum hearings to be halted to contain the virus. Still, those who have imminent hearings should be allowed into the United States, she said.

Jose Estrada, a Honduran at the Buen Pastor shelter, frets the outbreak could upend his upcoming hearing.

“If it’s suspended because of coronavirus, it’s a bad situation to be in here,” he said.

Others in Ciudad Juarez have traveled much further.

After eking out a living washing cars, Brazilian migrant Geraldo Helio said he was running out of options because he did not have the money.

“Neither for going back to Brazil,” he said. “Nor for continuing on to America – or for staying here in Mexico.”