Northern Ireland, northern England and the east of Scotland are all blanketed under the warning which is in place for much of Saturday, September 3. The leading forecaster says it will be “occasional periods of heavy rain” which may lead to homes and small businesses becoming flooded, along with general floodwater causing a “danger to life.” With such risks, the Met Office added people should expect travel disruption on roads, rail and bus services. Communities also risk being cut off due to flooding.

Weather maps show a low pressure system dominating from the Atlantic, which will in turn cause more widespread storms, rain and gales across the UK from next week.

The Met Office said: “Areas of heavy rain are expected to pulse northwards across much of Northern Ireland and the southwest of Scotland through Saturday, potentially accompanied by thunderstorms.

“Rainfall totals of 30 to 40 mm could fall in two to three hours in some places with a low risk of 80 to 100 mm in 24 hours, bringing localised flooding and travel disruption.”

A total of 10 regions are included, and they are across Northern Ireland, south west Scotland and the Lothian borders, with with four areas in Strathclyde. 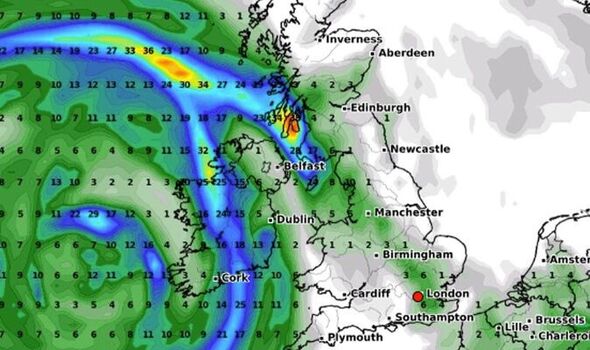 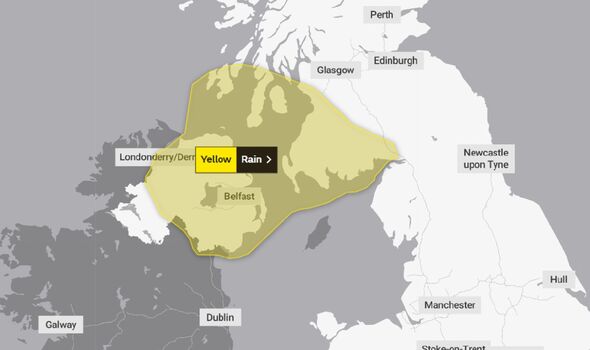