Britain is in the midst of a heatwave, and for the last week temperatures above 30C have been unwavering for many regions. But in addition to scorching temperatures by day, and uncomfortably warm temperatures by night, thunderstorms have also made a number of appearances.

The Met Office has issued six days worth of thunderstorm warnings for the UK.

Along with thunder and lightning, the Met Office is warning of torrential rain, hail and gusty winds, while temperatures continue to soar above 30C.

The prevalence of these storms today (Wednesday, August 12) and yesterday can be attributed to the high amounts of energy in the atmosphere.

The storms are forming over the UK in response to the particularly hot and humid conditions being recorded across the country. 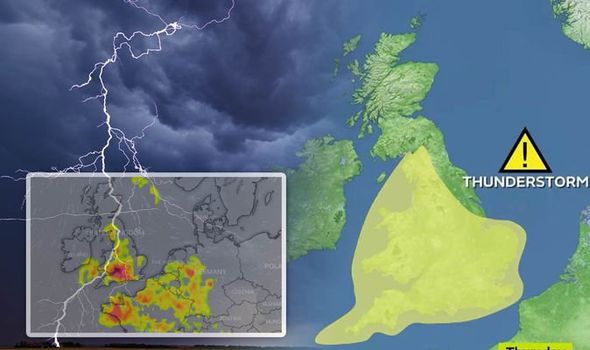 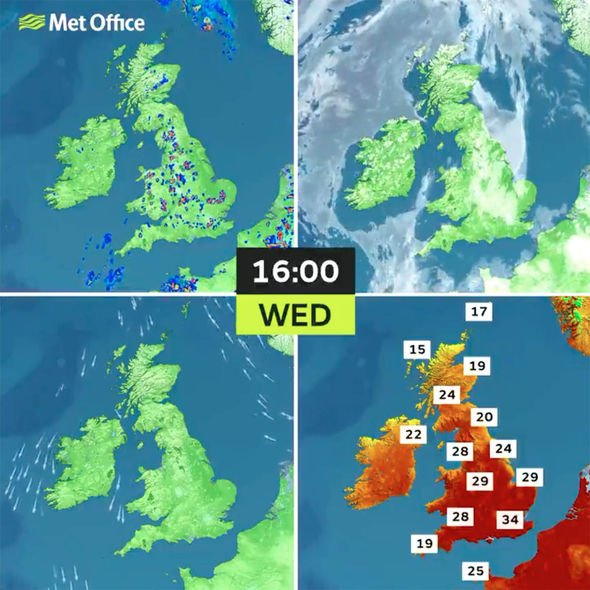 Although the weather is currently providing all the ingredients for thunderstorms, they are sporadic with their appearances.

But when a thunderstorm does appear in a region, they can be intense and sometimes severe.

More thunderstorms are expected to develop across England and Wales later on Wednesday, particularly in central southern areas of the UK.

North-west England, Wales, the Midlands and parts of southern England are forecast to be most prone to the storms today. 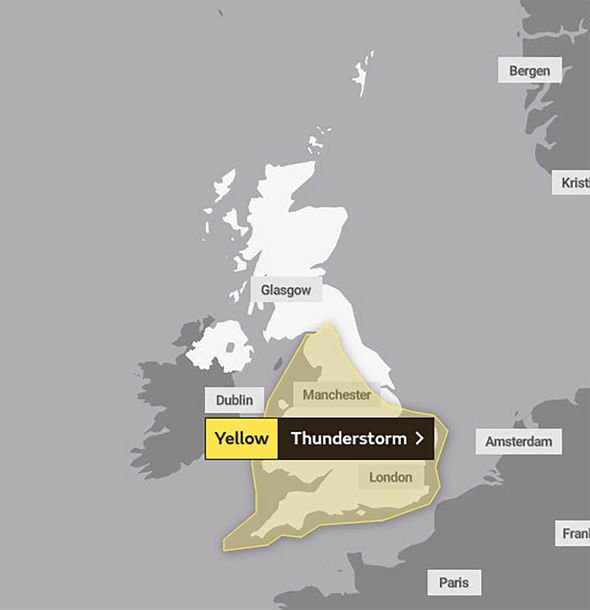 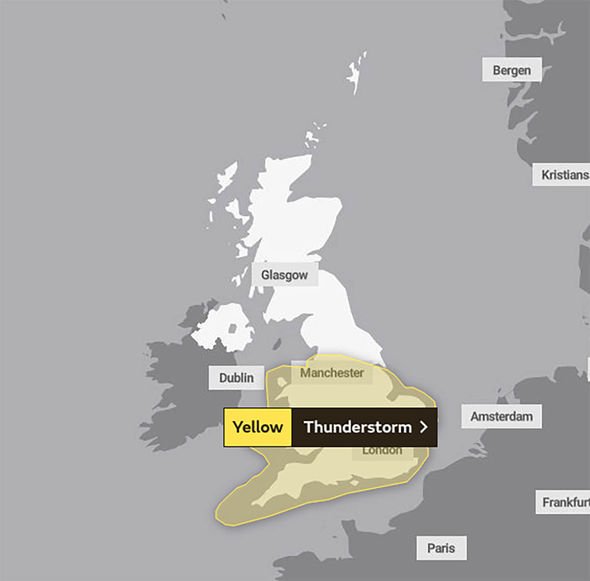 Mr Wilson said: “This last week has been pretty exceptional.

“We don’t normally get such a prolonged period of such high temperatures.

“We do get high temperatures like we’ve seen, but the longevity of this heatwave has been very, very unusual.

“So obviously we will be looking at the stats in terms of how long it’s been since we had this.

“But it is unusual we’ve seen so many days with temperatures 34C and above.”

On Wednesday swathes of England and Wales have been placed under a yellow thunderstorm warning.

Some parts of Scotland have also been placed under a yellow thunderstorm warning from 3pm until 9pm tonight. 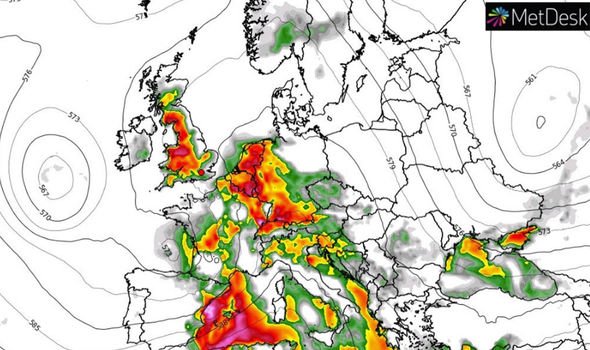 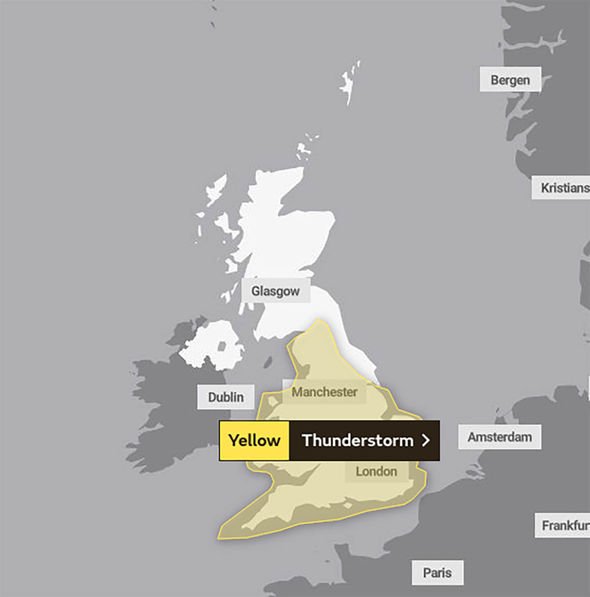 Wednesday’s warning across England and Wales warns of heavy rainfall and frequent lightning.

The warning states: “Whilst many parts will see a good deal of dry weather, areas of thunderstorms are likely to continue to develop over parts of the UK on Wednesday, particularly later in the afternoon.

“Many places will stay dry. However, where the storms occur they will be intense.

“Most thunderstorms will die out during the evening though a few may continue in to the night.”

For the rest of the week until next week on Monday, yellow thunderstorm warnings have been issued for most of England and Wales.