The anti-fascist protests broke out after the CDU, Angela Merkel’s party, teamed up with the far-right in Thuringia to vote the left-wing leader of the state out of office. The newly elected CDU candidate Thomas Kimmerich was forced to resign a mere 24 hours later. This precipitated the fall of Angela Merkel’s would-be successor Annegret Kramp-Karrenbauer for her inability to impose discipline on the CDU in the eastern state.

Kimmerich’s brief caused a political storm in Germany as he broke historical precedents.

Not since the Nazi ruled Germany in the 1930s and 40s had a government been from the far-right.

Merkel called the win for Kimmerich “unforgivable” and had urged the result to be reversed.

Then, on Friday, another political head rolled when the CDU’s leader in Thuringia state, Mike Mohring, also resigned for congratulating Kimmerich on his win. 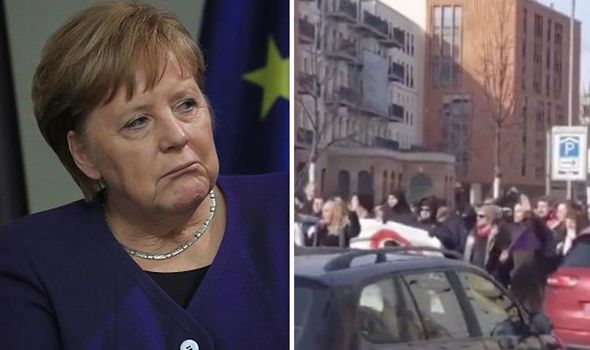 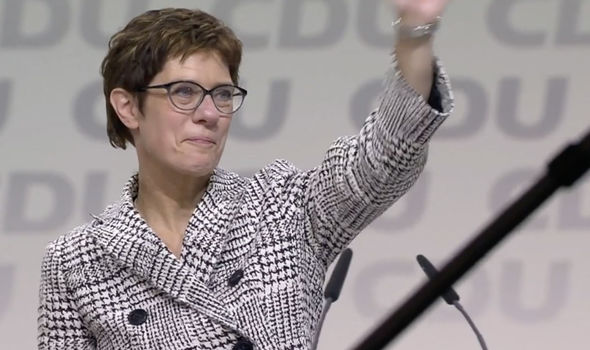 Mrs Kramp-Karrenbauer said she would organise a process to fill both roles in the summer.

He said: “In my opinion, such leadership questions must be resolved quickly.

He said: “I don’t think we’re going to wait that long, we’ll find a decision sooner.”

He added the party should not rush the decision, but definitely avoid a delay until autumn or even winter, he said.

Ms Kramp-Karrenbauer had faced growing doubt over her suitability to replace Merkel. 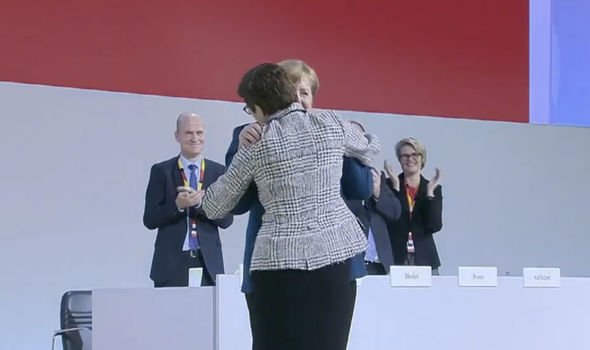 Alexander Clarkson, a lecturer in European studies at King’s College London, believes Mrs Merkel’s decision to remain in office as chancellor until elections in 2021 was to blame.

He told POLITICO: “CDU politicians struggled to balance loyalty to a new CDU leader with the need to keep a line to the old CDU leader and current chancellor.

“The situation undermined Kramp-Karrenbauer’s authority in the party and government — and also helped blow a succession of gaffes out of proportion and weaken her hand further.

“The task of reforming the German military — something Merkel had hoped would help Kramp-Karrenbauer boost her profile — also proved a poisoned chalice, distracting the CDU leader from the basic party management that could have helped her head off infighting.”