The First Lady won the award due to the Be Best campaign which aims to discourage cyberbullying and opioid abuse. The award was given to the First Lady by the Palm Beach Atlantic University, a college near to the Trumps’ Mar-a-Lago resort.

Some students, however, hit back at the award over the recognition of Ms Trump.

Graysen Boehning, a senior pupil at the school said: “This award has historically gone to women whose character and impact in Palm Beach has shaped the culture of our home, and I have not been convinced that the first lady’s character or impact here is worthy of that recognition.

“While many students were excited that the school was bringing in the first lady of the United States to speak, others felt that her character was not representative of the community of love for people of all backgrounds and beliefs that PBA houses and fosters.”

Tyler Whitehead, president of the school’s Democrats said he he was “displeased” by the decision. 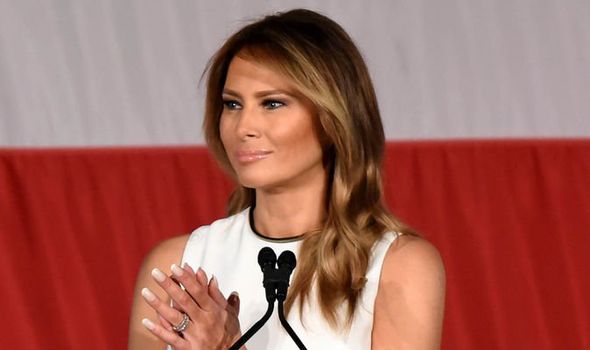 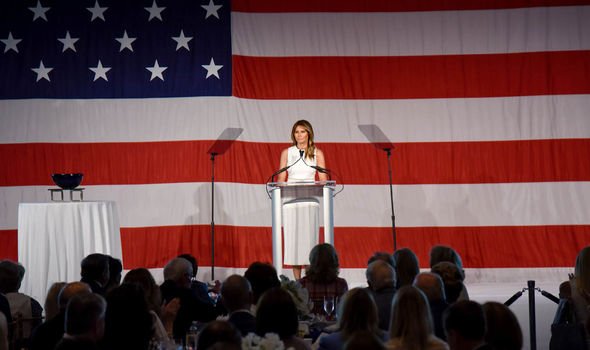 He said: “The vast majority of students and faculty that I have spoken to about the decision were disappointed by what seems to be a politically-motivated move on the university’s part.”

Ms Trump also warned of the dangers of online behaviour while thanking the University in her speech.

She said: “As the First Lady of the United States, it is a great honour to serve the people of this incredible country.

“When we teach our children to cherish our values and care for each other, they are better prepared to carry on Americans’ legacy of compassion, service and patriotism. 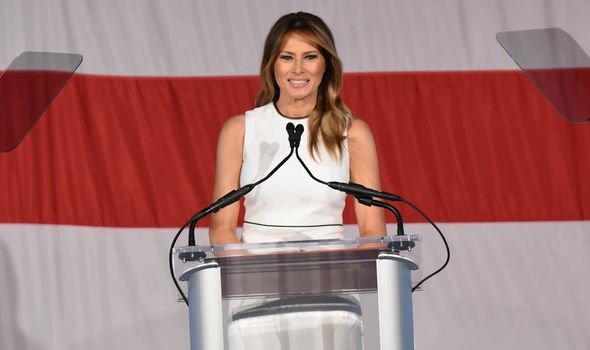 “Technology has also become a daily part of our children’s lives in both positive and negative ways.

“We live in an age where too many people allowed the number of retweets or likes to define their self-worth.

“I’m convinced now more than ever that teaching healthy online behaviour is crucial to securing a safer future for our children.”

Away from the First Lady’s award, her husband weighed into the democratic debate. 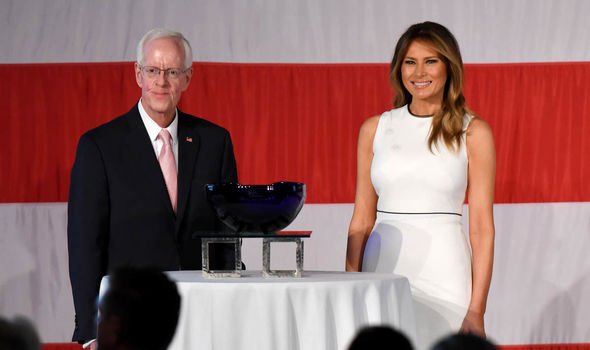 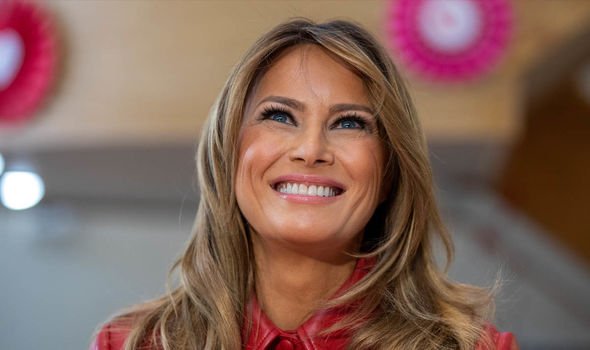 Ahead of the election in November, the Democrat nominations squared off in a debate on Wednesday.

Late comer to the election campaign, Michael Boomberg came under fire from many of the candidates, namely Bernie Sanders and Elizabeth Warren.

Hitting out at his potential rival during the election, Mr Trump called the former Mayor of New York’s performance as one of the worst “in the history of debates”.

He said: “Mini Mike Bloomberg’s debate performance tonight was perhaps the worst in the history of debates, and there have been some really bad ones.

“He was stumbling, bumbling and grossly incompetent.

“If this doesn’t knock him out of the race, nothing will. 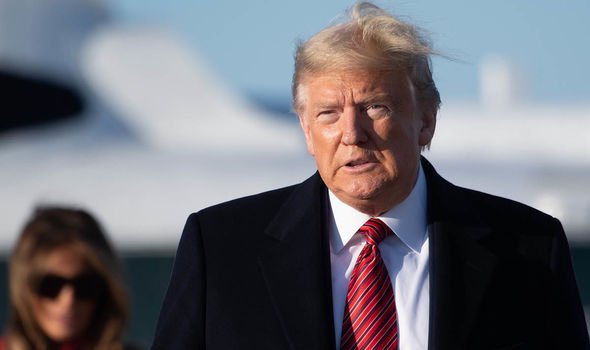 As it stands, Mr Sanders has become the favourite to take the Democrat nomination, ahead of Elizabeth Warren and Pete Buttigieg.

Next month, the candidates face ‘Super Tuesday’ where the largest number of states will vote for their candidate.

Between July 13-16, the Democratic National Convention will begin to establish who the party’s nominee is.