Archaeologists have recreated the brutal death of the earliest known shark attack victim who was killed around 3,000 years ago.

Alyssa White and Professor Rick Schulting reviewed the remains of a man riddled with traumatic injuries from the previously excavated site of Tsukumo by the Seto Inland Sea.

In their report, the pair said: “We were initially flummoxed by what could have caused at least 790 deep, serrated injuries to this man.

“The injuries were mainly confined to the arms, legs, and front of the chest and abdomen.

“Through a process of elimination, we ruled out human conflict and more commonly-reported animal predators or scavengers.” 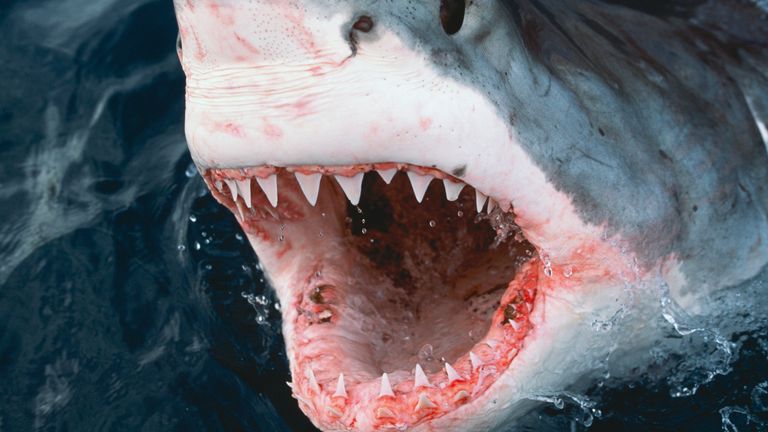 Since archaeological cases of shark reports are extremely rare, they turned to forensic shark attack cases for clues and worked with expert George Burgess of the Florida Program for Shark Research.

The distribution of wounds strongly suggest the victim was alive at the time of attack; his left hand was sheared off, possibly a defence wound.

No 24’s body had been recovered soon after the attack and buried with his people at the cemetery.

And excavation records showed he was also missing his right leg and his left leg was placed on top of his body in an inverted position.

The report added: “Given the injuries, he was clearly the victim of a shark attack.

“The man may well have been fishing with companions at the time, since he was recovered quickly.

“And, based on the character and distribution of the tooth marks, the most likely species responsible was either a tiger or white shark.”

The study has been published in the Journal of Archaeological Science: Reports.