The US-backed Venezuelan opposition leader brushes off the move, calling for more protests this weekend. 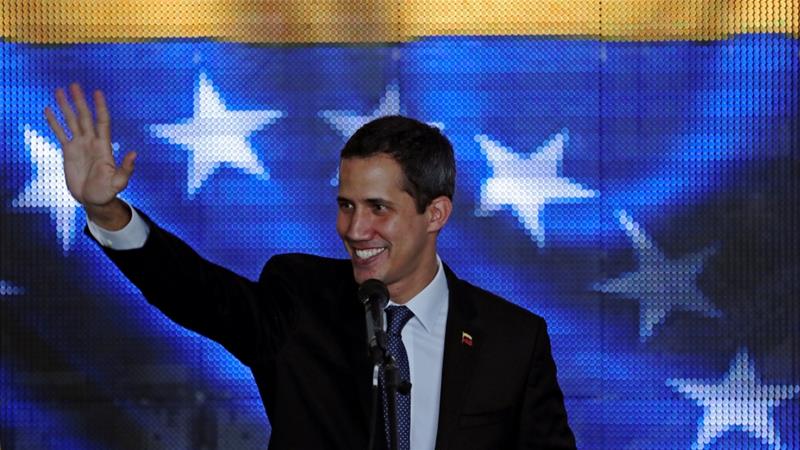 The Venezuelan government on Thursday said it has barred opposition leader Juan Guaido from holding public office for 15 years, though the National Assembly leader brushed off the measure and said it would not derail his campaign to remove President Nicolas Maduro.

The announcement by state comptroller Elvis Amoroso, a close ally of Maduro, cited alleged irregularities in Guaido’s financial records and reflected a tightening of government pressure on an opposition movement backed by the United States and its allies.

Guaido, who was elected to the assembly in 2015, has taken 90 international trips without accounting for the origin of the estimated $94,000 in expenses, Amoroso said. He also accused the opposition leader of harming Venezuela through his interactions with foreign governments, dozens of which support Guaido’s claim that he is interim president of the country.

“We’re going to continue in the streets,” Guaido said soon after Amoroso’s statements on state television. He dismissed the comptroller’s announcement as irrelevant because, in his view, Maduro’s government is illegitimate.

Guaido, the leader of the US-backed opposition-controlled National Assembly, has challenged Maduro and his socialist party for power. He invoked the country’s constitution to declared himself interim president in January, arguing Maduro’s May 2018 reelection was illegitimate.

Guaido has called for fresh protests on Saturday against Maduro, following a blackout this week that left the country without power for days.

Electricity returned to most cities on Thursday following the blackout – the second major one in less than a month.

On Wednesday night, Maduro blamed the outage on a “terrorist attack” on the Guri hydroelectric facility that provides electricity to most of the country. 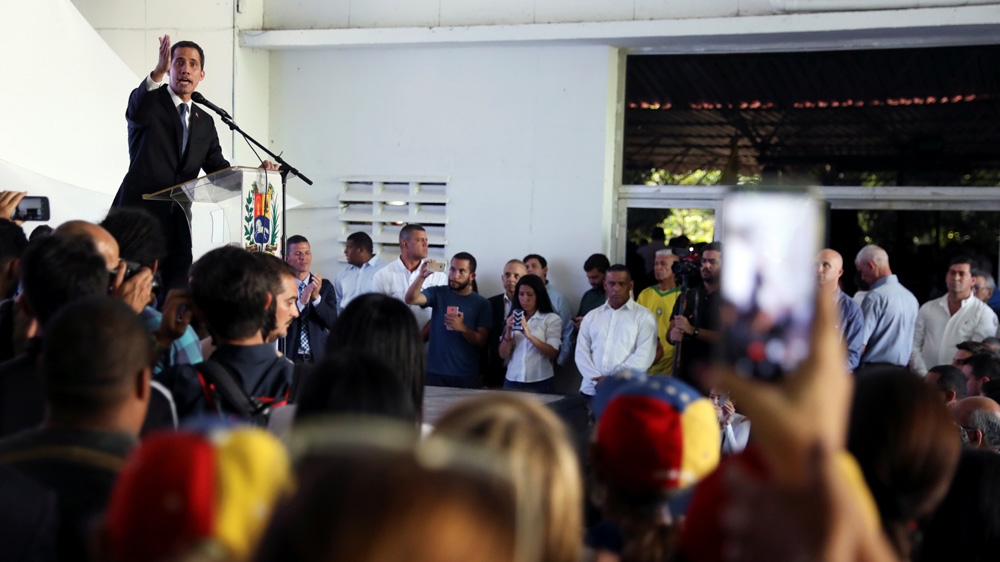 To deal with the power outages, Maduro announced a plan of “load management” for the coming days, without providing details. Generally, load management refers to the process of balancing the supply of electricity on a network with the electrical load.

After blaming a “cyberattack” by the US for the first outage, Maduro said this week’s blackout was caused by a gunman who fired on Guri linked to the “perverse, diabolical right wing”.

“Despite the attacks of the enemies to our Homeland our working class of #CORPOELEC, #PDVSA, #CVG and #SIDOR, are not resting as they [pursue] the recovery of the National Electric System.” President Maduro wrote on Twitter.

“A heroic effort that recognises and appreciates the Venezuelan people. Congratulations Patriots!,” he added.