The French President added: “There’s an American policy that started several years ago and not just under this administration that includes a certain kind of withdrawal, of a rethink of its relationship with Europe.” But Mr Pompeo hit back and suggested Mr Macron’s claims were “grossly over-exaggerated”. On Saturday, the pair traded verbal blows alongside other European leaders over suggestions of a diminishing Western influence on the global stage.

Speaking at the Munich Security Conference, Mr Pompeo sought to assuage European anxiety over the transatlantic bond under US President Donald Trump.

But he was immediately contradicted by Mr Macron, who made is stark warning of a “weakening of the West”.

President Macron addressed the audience on the podium during the 56th Munich Security Conference in Munich, southern Germany, on Saturday.

This is the annual gathering of world leaders, generals and diplomats to discuss security challenges has been dominated by fears over the West’s diminishing role in the face of a more assertive China and Russia. 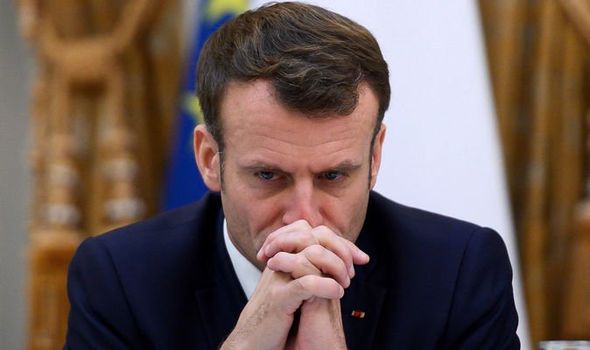 In his opening speech a day earlier, German President Frank-Walter Steinmeier suggested that the United States rejected “even the idea of an international community” and was acting “at the expense of neighbours and partners.”

But Mr Pompeo was quick to refute these claims, and said: “Those statements don’t reflect reality.”

He added, paraphrasing a famous Mark Twain quote, that he was “happy to report that the death of the transatlantic alliance is grossly over-exaggerated,”

He said: “The West is winning and we’re winning together.”

READ NOW: World War 3: What is the military draft age? Who can be drafted? [NEWS] 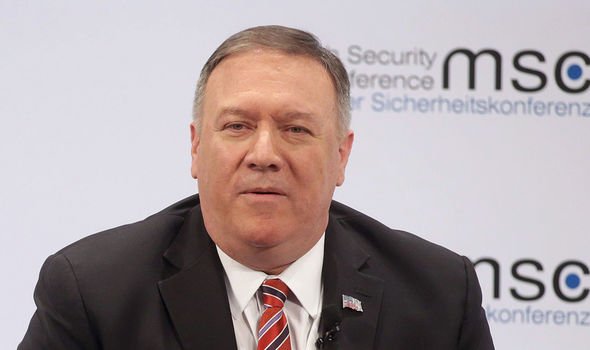 The annual gathering of world leaders, generals and diplomats to discuss security challenges has been dominated by fears of diminishing Western influence in the face of a more assertive China and Russia.

Mr Pompeo said Washington was playing a key role in keeping Europe safe by reinforcing NATO’s eastern flank on the border with Russia.

It was also leading a multinational effort to defeat the ISIS jihadist group.

Mr Pompeo added: “Is this an America that ‘rejects the international community’?

DON’T MISS:
Iran expert exposes how nation will ‘strike’ at US over airstrike  [NEWS]
Donald Trump tucked into meatloaf and ice cream while US troops  [INSIGHT]
France and Germany under fire as Mike Pompeo laments lack of support [ANALYSIS] 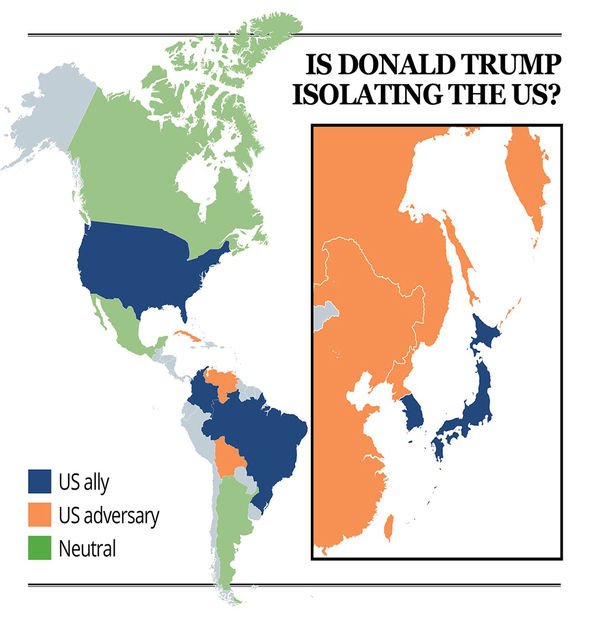 “The free West has a brighter future than illiberal alternatives.”

The Secretary of State then urged allies to have “confidence” in the transatlantic bond.

He stressed the need to work together against threats posed by Russia’s territorial ambitions.

Macron said on Saturday that Europe’s policy of defiance towards Russia in recent years had failed and, as nobody wanted to confront Moscow directly, the only option was to have a closer dialogue to resolve differences 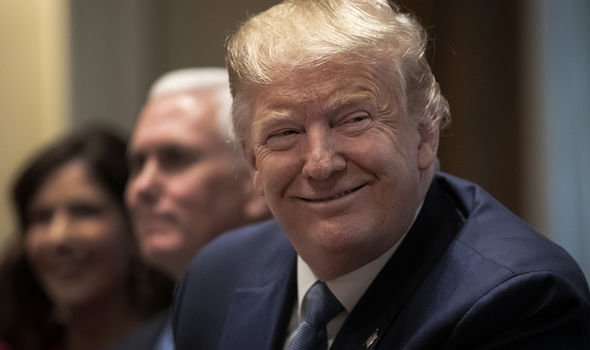 Mr Macron said: “I hear the defiance of all our partners.

“I’m not mad, but I know that being defiant and weak, it is not a policy, it’s a completely inefficient system.”

He added that he saw none of his allies willing to confront Russia.

The French president said: “There is a second choice which is to be demanding and restart a strategic dialogue.

“Today we talk less and less, conflicts multiply and we aren’t able to resolve them.”