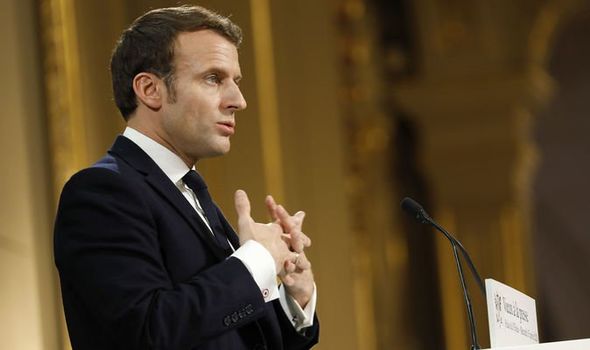 The poll, conducted by Ifop for Le Journal du Dimanche (LJDD), showed M Macron’s dissatisfaction rating at 66 percent, from 68 percent in January. Though up by two points in one month, his approval rating remains low at 32 percent.

Much of the discontent stems from M Macron’s controversial pension reform, which has triggered the longest and toughest opposition movement since he came to power in May 2017.

Frédéric Dabi of pollster Ifop told LJDD: “There is a feeling of incomprehension towards this reform.”

France’s hard-left unions have been locked in a battle with M Macron over the pension bill since early December, but the fight to derail the project has since shifted from the street to parliament.

Politicians began debating the biggest overhaul to the retirement system since World War 2 last week in the National Assembly, where some 42,000 amendments to the draft bill have been filed – more than half of them by the left La France Insoumise party.

M Macron’s ruling La République en Marche (LREM) says the amendments are a deliberate bid to stall the bill’s passage through parliament, and some Macron allies warn it increases the likelihood the government will have to force the legislation through by decree.

Asked about the prospect of government resorting to forceful adoption, Roland Lescure, a senior member of M Macron’s LREM, said: “Unfortunately, it is likely.”

M Macron plans to merge the country’s existing 42 different pension schemes, each with their own level of benefits and contributions, into a single, points-based system that gives every pensioner the same rights for each euro contributed.

The former investment banker has made some concessions to the opposition but refuses to abandon his reform – a key union demand.

He says the myriad schemes are unfair and deter job mobility, and that the reform is central to his drive to create a more flexible labour market. Unions, however, argue the changes will force people to work longer for less.

His government also insists the reform must result in a balanced budget by 2027 and has proposed increasing the retirement age for a full pension to 64, a “red line” measure even moderate unions reject.

Talks between unions employers and the government to find an alternative way to balance the budget are taking place in parallel to the parliamentary debate, but with less than two weeks left to find a deal, there is little sign of a breakthrough.

Winning the standoff with the leftist opposition and unions would strengthen M Macron’s hand to embark on further pro-business reforms as he eyes re-election in 2022.