TRIPOLI (Reuters) – Libya’s internationally recognised government is focused on trying to push its enemies out of artillery range of Tripoli after making advances in the main western battle fronts last week, the interior minister said. 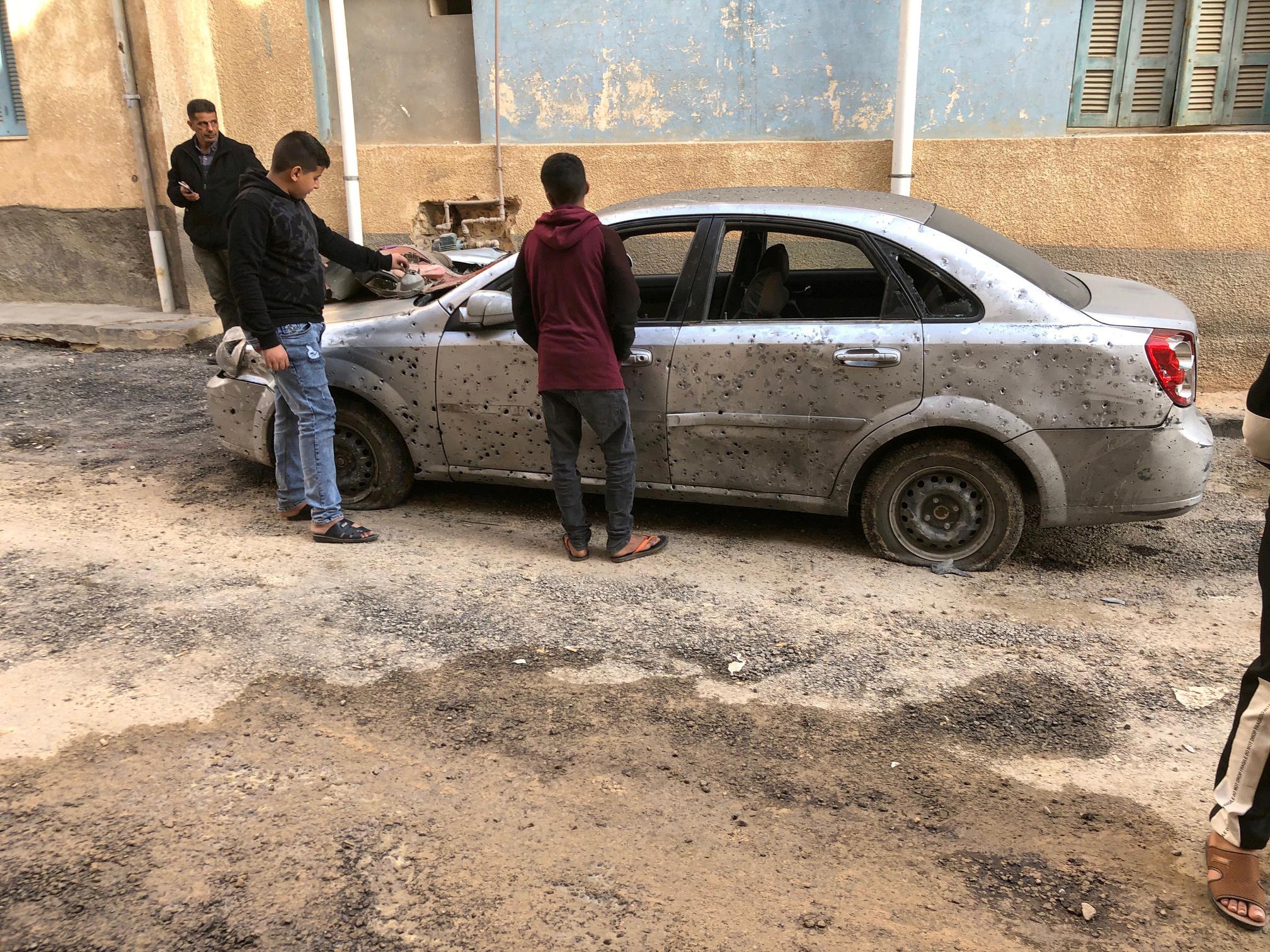 Driving the forces of commander Khalifa Haftar out of the town of Tarhouna, southeast of the capital, could end Libya’s civil war, minister Fathi Bashagha told Reuters by phone.

But this would be “the most difficult military option” at this moment in the Government of National Accord’s (GNA) fight against eastern-based Haftar’s Libyan National Army (LNA), Bashagha said.

“All our focus is on how to protect Tripoli and the people of Tripoli and keep the artillery bombardment away from them,” he said.

During a news conference in Tripoli later on Wednesday, Bashagha said there had been initial reports of chemical weapons use against GNA forces and he was awaiting further details.

Tarhouna, surrounded by hills, has been the LNA’s main strategic centre in the west, providing local manpower for a campaign that has leaned heavily on air support supplied by the United Arab Emirates and Russian military contractors.

Pro-GNA forces made advances last week in the main fronts in western Libya, taking back territory along the coast and then pushing towards the LNA’s main support base at Tarhouna, 65 km (45 miles) from the capital.

It marked a possible turning point in the year-long war between the GNA and the LNA, which launched an offensive in April 2019 to capture Tripoli and has been bombarding the capital for weeks.

LNA forces already control eastern Libya, where a rival administration to the GNA rules in Benghazi, and much of the country’s south. However, Libya’s main institutions, including the oil company and central bank, are based in Tripoli.

The GNA’s overall strategy is to regain control over western Libya, Bashagha said. He added that no military solution to the conflict was possible, but it was also not possible to negotiate with Haftar.

“As for Tarhouna, this is the most difficult military option to storm because it is the first focal and rallying point (for the LNA). By entering Tarhouna, we believe that the war would end because no other city (in western Libya) is considered a gathering point for Haftar’s forces,” Bashagha said.

Turkish military support for the GNA this year, particularly with air defences and drones, was crucial in its latest advances.

The United Nations Libya mission said on Tuesday that at least 3,100 people had been displaced from their homes in Tarhouna and the nearby GNA-held town of Qarabouli, this week as the fighting escalated.