Mr Sisi warned forces loyal to the Ankara-backed Government of National Accord (GNA) in Tripoli not to cross the frontline with Khalifa Haftar’s eastern-based Libyan National Army (LNA). Turkey’s support for the GNA has reversed a 14-month assault on Tripoli by forces loyal to Haftar, which are backed by Russia, the UAE and Egypt.

State TV showed him watching fighter jets and helicopters taking off and checking hundreds of tanks and armoured vehicles.

In an address to air force pilots and special forces personnel at the base, he said: “Be prepared to carry out any mission, here inside our borders – or if necessary, outside our borders.” 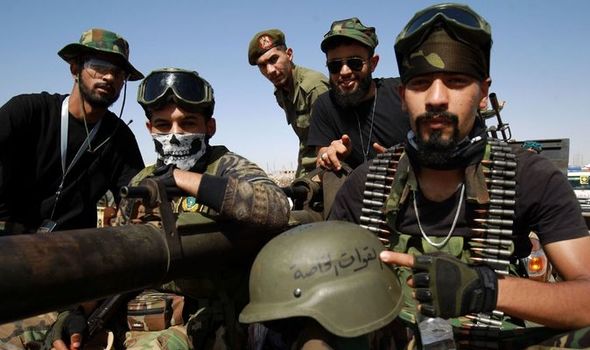 Mr Sisi insisted Egypt did not want to intervene in Libya and generally favoured a political solution.

But he warned: “The situation now is different.

“If some people think that they can cross the Sirte-Jufra frontline, this is a red line for us.

“If the Libyan people moved through you and asked us to intervene, this would be a signal to the world that Egypt and Libya are one country, one interest.” 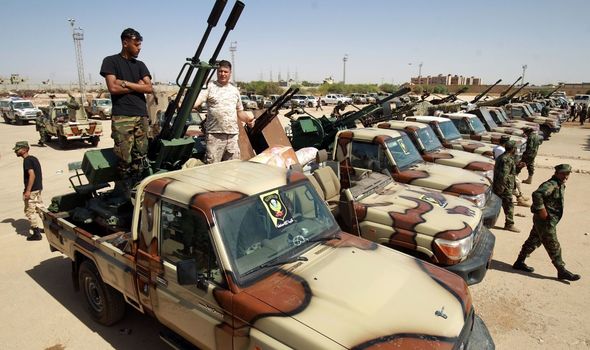 He also said Egypt could provide tribes with training and arms to fight the “terrorist militias”, a term it uses for some armed groups loyal to the GNA.

The GNA was quick to denounce Mr Sissi’s comments and compared his “threats” to “beating the drums of war”.

Abdurrahman Shater, a member of the GNA-allied Libyan High Council of State, said his country’s security and democracy have been in danger since Mr Sisi insisted on bringing in military troops that Libyans did not accept. 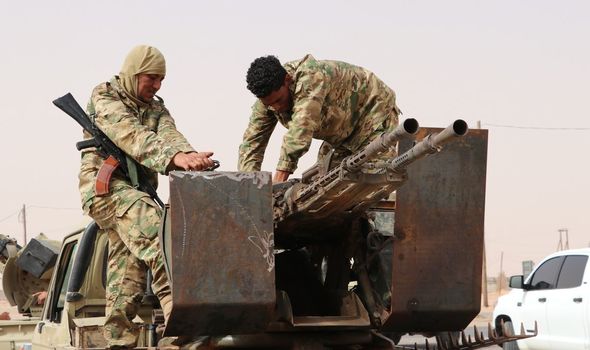 He said: “El-Sisi’s speech in front of a crowd of his army near the border is beating the drums of war.

“Egypt has intervened for four years, which he denied and claimed his concern for Libya’s security.

“Libya’s security has been in danger since Egypt’s insistence on undermining democracy and installing a military man whose master we have previously rejected and brought down.

“Take your hands off us. And do not repeat your tragedy in Yemen.”

Forces loyal to the GNA, which is headed by Prime Minister Fayez al-Sarraj, have driven Haftar’s LNA from large swaths of territory in the west of the country as well as strategic towns near the capital, Tripoli.

GNA forces have now launched a campaign, moving eastwards, to capture the Mediterranean city of Sirte from forces loyal to Haftar, who was forced to offer a ceasefire after facing a string of defeats in recent weeks.

The ceasefire, backed by Cairo, has been rejected by the GNA and its backer Ankara, which has demanded that the LNA withdraw from Sirte. 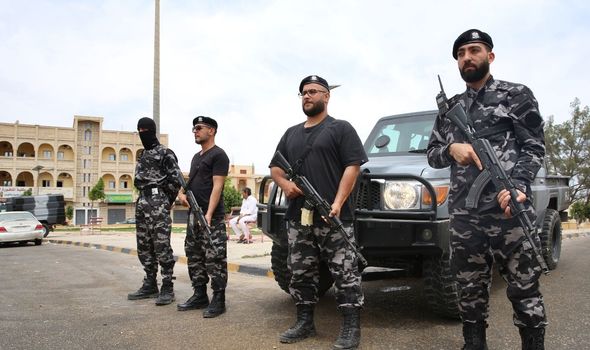 Both Saudi Arabia and the United Arab Emirates have expressed their support for the Egyptian president’s statements.

A statement from Riyadh said: “Saudi Arabia stands by and supports Egypt on the right to protect its borders and people.”

The UAE foreign ministry also said it supported all actions by Egypt to ensure its stability and security.