At least 20 people have been killed and 79 others were injured after a fuel tank exploded at a warehouse in northern Lebanon where fuel was illegally stored.

The army had confiscated about 60,000 litres of fuel hidden by black marketeers at the site and was distributing the petrol to residents when the blast took place, according to military and security sources.

There were long queues at the warehouse given the severe fuel shortage in Lebanon, which has been blamed on smuggling, hoarding and the government’s inability to secure deliveries of imported fuel. The fuel tank exploded in Altalil, a town in the Akkar region that is one of the country’s poorest areas.

Eyewitnesses said about 200 people were nearby at the time of the blast.

It is still unclear what caused the explosion, with one security source telling Reuters there was a “rush of people” and “arguments between some of them led to gunfire which hit the tank of gasoline and so it exploded”.

But the local Al-Jadeed TV channel reported from eyewitnesses that it was caused by someone who ignited a lighter.

Lebanese Red Cross members are still searching the area for more victims and the area has been closed off.

It said it recovered the bodies of those who were killed and evacuated 79 people who were injured and suffered burns in the blast. 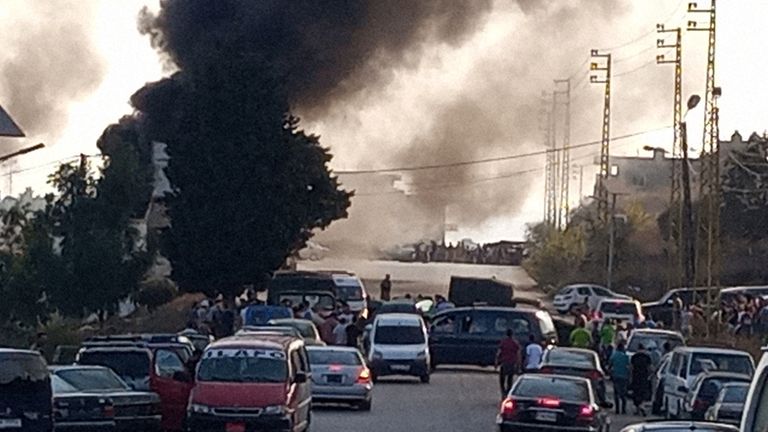 “The Akkar massacre is no different from the port massacre,” he tweeted, referring to last year’s explosion at Beirut’s port.

Caretaker health minister Hamad Hassan called for “urgent help” to evacuate some of the injured abroad. 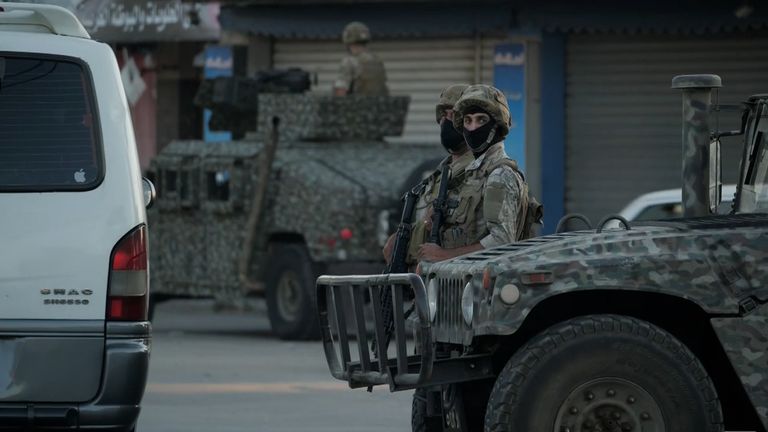 “There are cases [of burns] that are more than the ability of Lebanese hospitals to handle,” he said.

Some of those injured were taken to Tripoli’s al-Salam hospital nearby, while others were treated in Beirut.

At one Beirut hospital, Marwa el-Sheikh was waiting for information about her brother, who was being treated for burns, and her brother-in-law, who was still missing. 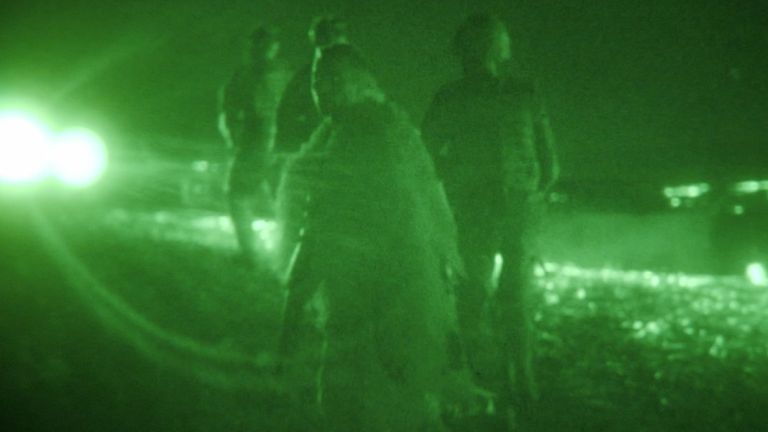 “Some people were burned beyond recognition,” she said.

“They are the victims of the shortcomings and carelessness of our politicians who led us to this.”

Hospitals have warned they may have to shut down in the coming days due to a lack of fuel and low supplies of medicines and other essentials. 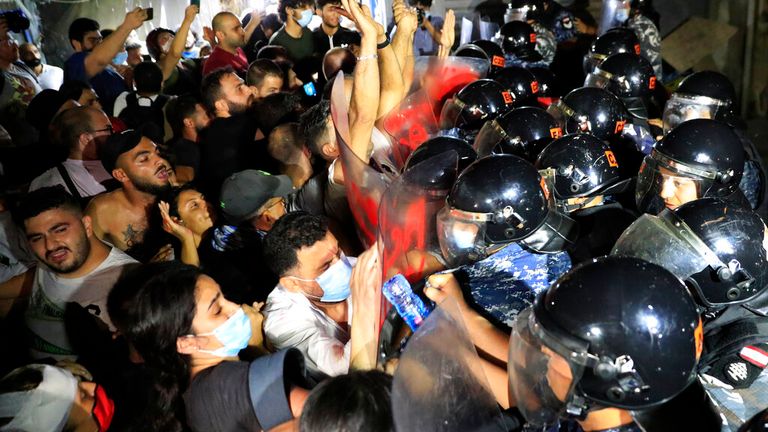 The crisis worsened this week after the central bank decided to stop subsidies for fuel products, which is expected to lead to a surge in the prices of almost all commodities in Lebanon.

Some petrol stations have been refusing to sell fuel because they want to wait until the subsidies end and prices increase.

Troops were deployed to petrol stations on Saturday to intervene.

The fuel tank was seized as part of a recent crackdown on smuggling, which is prevalent along the border with Syria, where prices for the commodity are higher.

Sunday’s explosion was the deadliest in Lebanon since last year’s blast at Beirut’s port that killed at least 214 people.