Transnational research team wants to create a system that will allow more people in rural areas be tested for COVID-19. 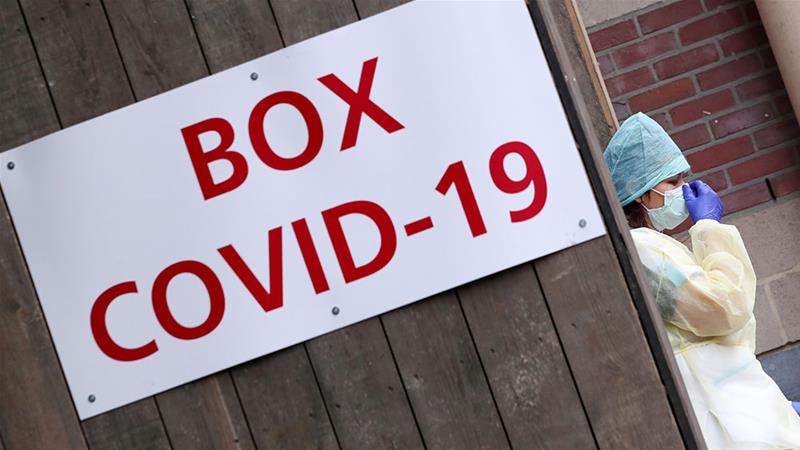 Montreal, Canada – Dr Keith Pardee knows time is of the essence, as front-line healthcare workers are still scrambling to diagnose the novel coronavirus and contain its spread around the globe.

“The lack of diagnostics has been a real problem leading to quarantines and restricted travel,” said Pardee, an assistant professor at the University of Toronto’s faculty of pharmacy.

He said he saw a similar pattern of delayed testing during outbreaks of Ebola in West Africa and Zika in Brazil – and that’s where he hopes his research team’s “lab-in-a-box” system will eventually come in. “You could ship it anywhere, and it would have the hardware and the tests needed to do thousands of patient samples fairly quickly,” said Pardee.

His team, which includes research scientists in Brazil and Vietnam, received funding this month from the Canadian federal government to develop a low-cost, portable system to test for COVID-19.

The project is one of several innovations that research scientists, doctors, and other medical experts are racing to test and hope to roll out amid a surge of coronavirus cases worldwide. More than 713,000 cases were reported in more than 160 countries as of Sunday, according to data from Johns Hopkins University. 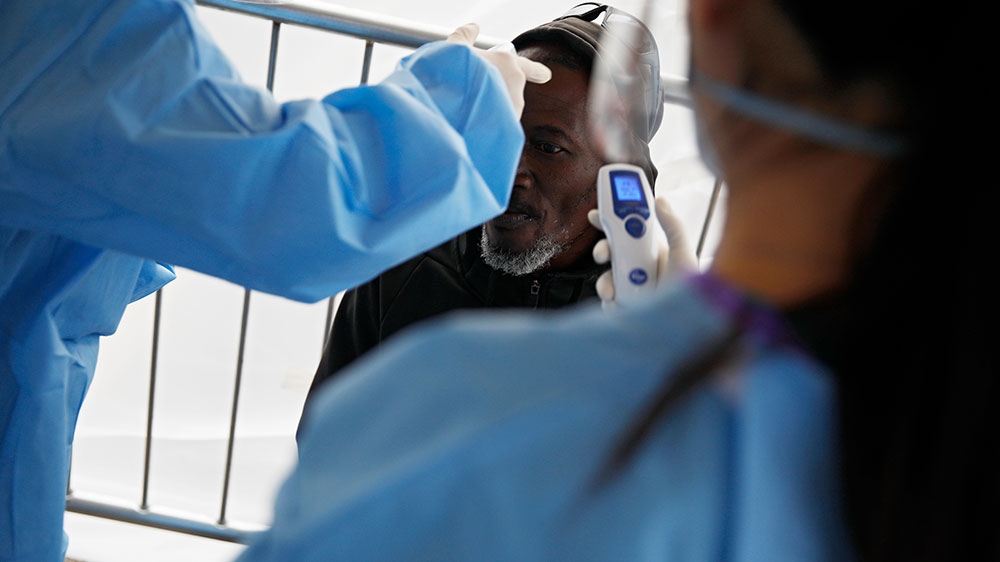 The size of a toaster, each “lab-in-a-box” would be able to read 384 patient samples at once and provide a “surge capacity” for testing in smaller, more remote communities, said Pardee. The second component will be a paper-based test that could be used at airports or in seniors’ centres. As small as a credit card, the paper would change colours, turning bright fuchsia or purple when the virus is present in a sample.

“What we’re doing is working towards building a technology that is highly distributed, inexpensive and quick to develop,” Pardee said.

Since the coronavirus, known as SARS-CoV-2, was first detected in China’s Wuhan province late last year, scientists have sought to both implement early containment measures and widespread, accurate diagnostic tests – and work towards a potential vaccine to protect people from getting sick.

The Chinese authorities shared the virus’s genome sequence in January, allowing scientists to try to create it in their own controlled facilities – a critical first step in the development of diagnostics and vaccines.

On January 29, researchers in Australia said they had successfully grown the coronavirus from a patient sample. “Having the real virus means we now have the ability to actually validate and verify all test methods, and compare their sensitivities and specificities – it will be a game-changer for diagnosis,” said Dr Julian Druce, head of the virus identification lab at the Doherty Institute, a joint research facility run by the University of Melbourne and the Royal Melbourne Hospital. 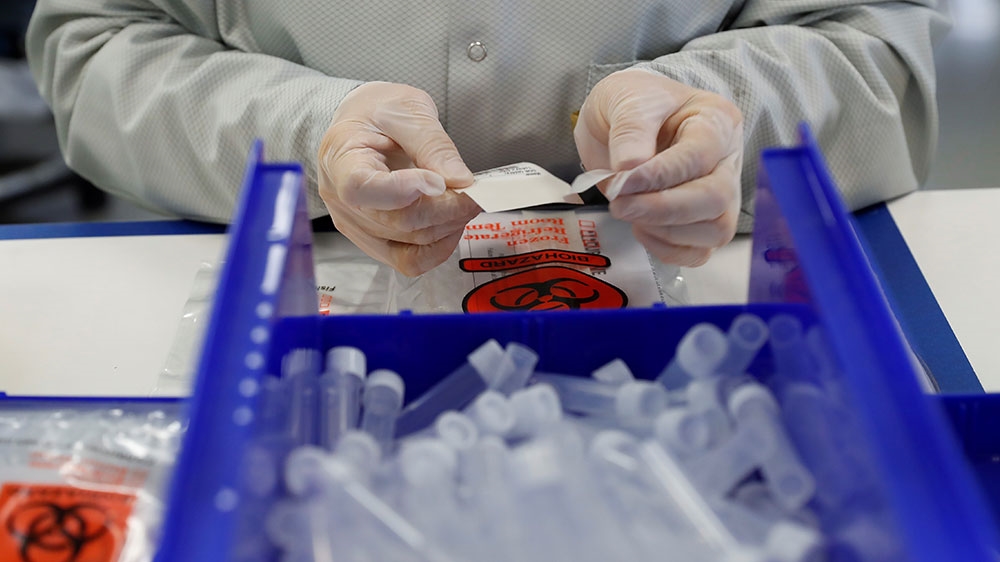 In early March, UK healthcare firm Mologic Ltd announced it secured British government funding to develop a rapid, hand-held diagnostics test for COVID-19 in partnership with the Institut Pasteur lab in Dakar, Senegal. The system will build on a similar test developed to diagnose Ebola, the company said.

The Kaizer Permanente Washington Health Research Institute in Seattle administered the first injection of an experimental vaccine for the novel coronavirus to human test subjects on March 16. The first phase of the trial will involve 45 adult volunteers and last six weeks.

“Finding a safe and effective vaccine to prevent infection with SARS-CoV-2 is an urgent public health priority,” Anthony Fauci, who heads the US response to COVID-19, said in a statement. “This Phase 1 study, launched in record speed, is an important first step toward achieving that goal.”

Other research teams around the world continue to seek a vaccine, better and more expansive testing options and more therapies for those who are infected with COVID-19.

The US Food and Drug Administration recently gave approval to a similar “lab in a box” effort by Abbott, a healthcare technology maker. According to Abbott, the technology could give a positive test result in about five minutes, and a negative result in about 15.

Several other labs have been able to isolate the virus and are working on their own vaccines, including the Vaccine and Infectious Disease Organization – International Vaccine Centre (VIDO-InterVac) at the University of Saskatchewan in central Canada, which also received federal funding this month.

Dr Darryl Falzarano, the lead research scientist on the project, said experimental vaccines were administered to ferrets in mid-March and within the next six to seven weeks, the team will be able to see whether the animals get some level of protection from the virus.

He said the research builds on the lab’s expertise in developing animal models for other diseases and viruses, but it will take up to 12 months before clinical trials can be carried out, and even longer for a product to be widely available. 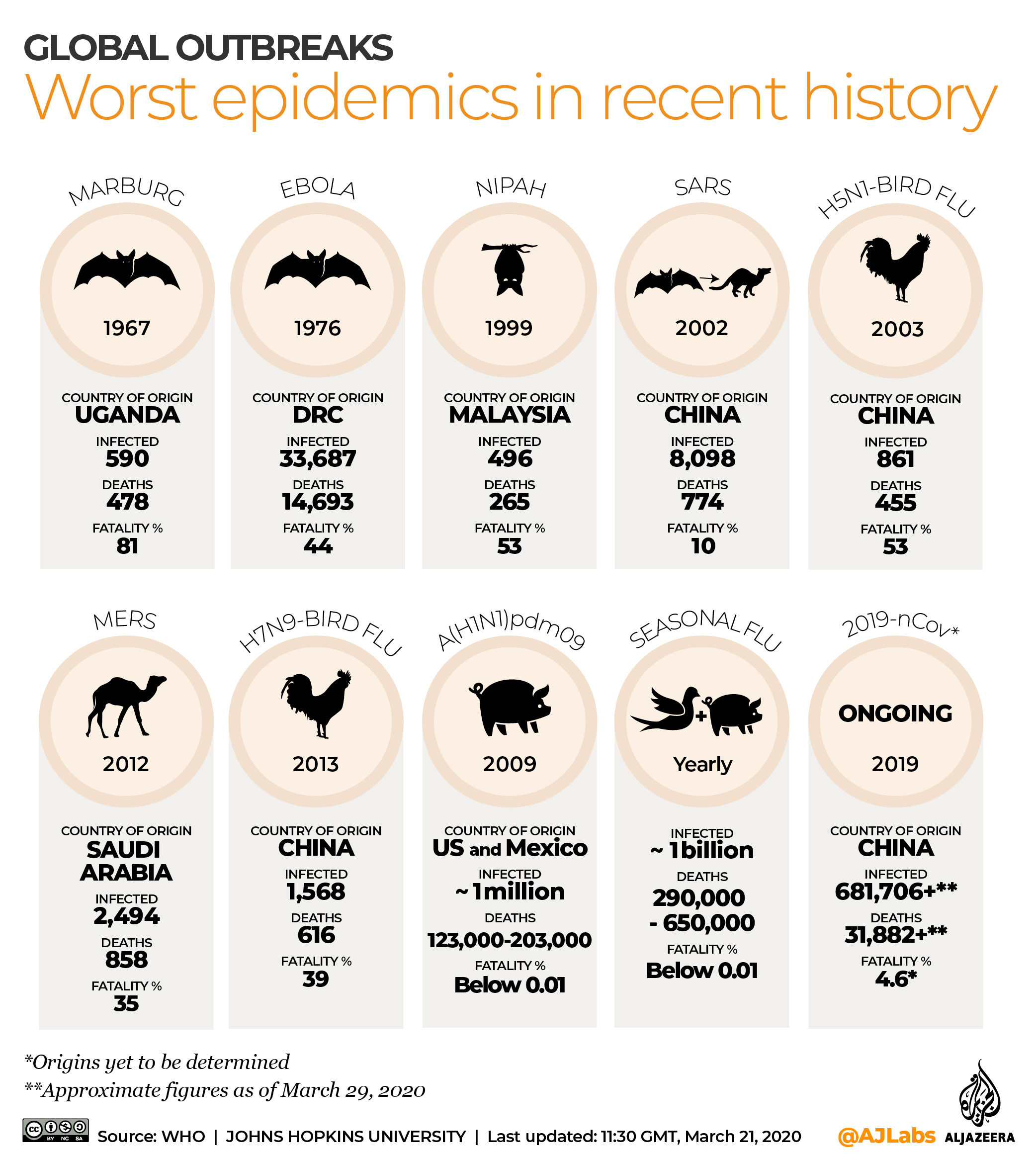 While researchers will be checking whether the vaccines are effective at fighting off COVID-19, their main concern will be whether they are safe.

While estimates vary, most experts say a vaccine for COVID-19 will only be ready in 18 months. That is because any vaccine needs to undergo a rigorous testing process and meet regulatory agency requirements for safety before it can be mass produced.

“A vaccine is going to be down the road,” said Falzarano.

“Containment and quarantine measures are going to be necessary to control spread now. We don’t know if that is going to eliminate spread or if this virus is going to persist. Maybe [it does], and in that case maybe a vaccine is not necessary – and that’s OK. But if this virus does persist, it may be the case that that vaccination will be absolutely necessary.”

Dr Lindomar Jose Pena is a principal investigator at Fundacao Oswaldo Cruz (Fiocruz), a Brazilian scientific research institute, who is based in the northeastern city of Recife.

The country recently declared a state of emergency over the pandemic, with 4,065 cases reported as of Sunday, and Brazilian Health Minister Luiz Henrique Mandetta said the national healthcare network could enter a state of collapse by the end of next month as a result of the virus.

Pena said the diagnostic capacity in Brazil is “very limited” as only centralised labs can administer tests for the coronavirus. That means that only the most severe cases are being tested. “People that live in small towns and far away from big centres, larger cities, they cannot get the proper diagnosis,” he told Al Jazeera in a phone interview. 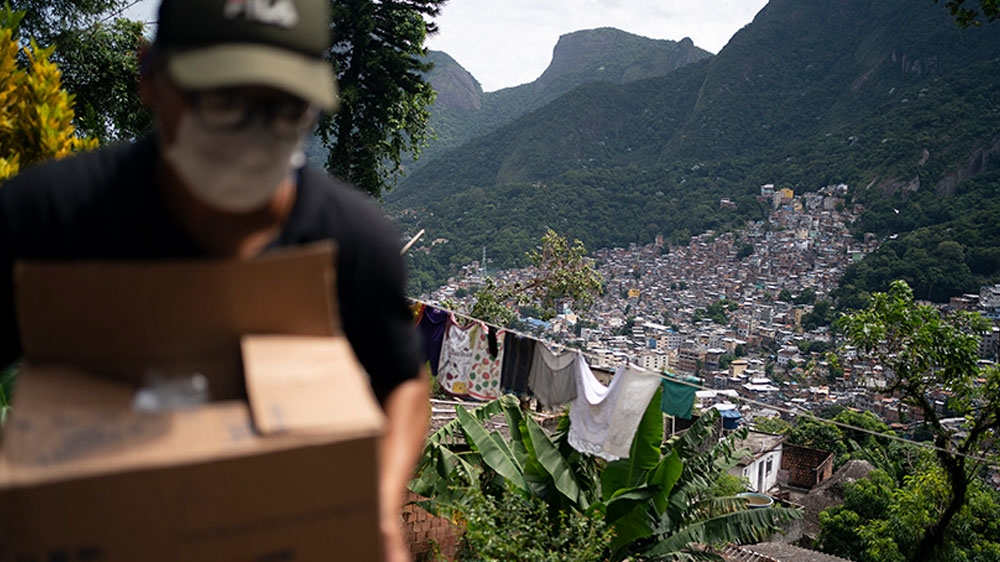 Pena is a member of Pardee’s “lab-in-a-box” research team.

He said that the proposed system aims to solve accessibility issues that arise with the current gold standard diagnostics test for the coronavirus. Known as real-time polymerase chain reaction, or PCR, that standardised test is costly, time consuming, and involves the use of expensive lab equipment that requires medical staff that have advanced expertise, Pena said.

The “lab-in-a-box” test for the coronavirus is a version of one that was built for Zika, the mosquito-borne virus that was first detected in Brazil in 2015 and later spread across South America. Right now, he said his lab in Recife has collected 20 positive samples of the coronavirus.

But Pardee in Toronto acknowledged that it could be years before the technology “will be in the hands of front-line workers” that need it.

He said the team is still figuring out how to get patient samples into the system, though a nasal swab is a likely option. Any test also would need to undergo patient trials and get approval from public health regulators before it could be used widely.

“We now have data that shows our technology worked as well as the gold standard for Zika,” he said. “This will be another trial that will hopefully show the same for COVID-19.”

Related posts:
Hot News
Gloating Varadkar praises Barnier as ‘honorary Irishman’ for fighting against UK in Brexit
Colorado new auto registrations struggle to gain traction
Airport uses cute sniffer dogs to detect coronavirus with ‘almost 100% accuracy’
4 wounded in Paris knife attack near former Charlie Hebdo offices
Opinion | A Supreme Court Fight Might Be Exactly What America Needs
Recent Posts
This website uses cookies to improve your user experience and to provide you with advertisements that are relevant to your interests. By continuing to browse the site you are agreeing to our use of cookies.Ok