Iraq’s Kurdish Peshmerga leaders say ISIL still a threat and US should not withdraw from Syria. 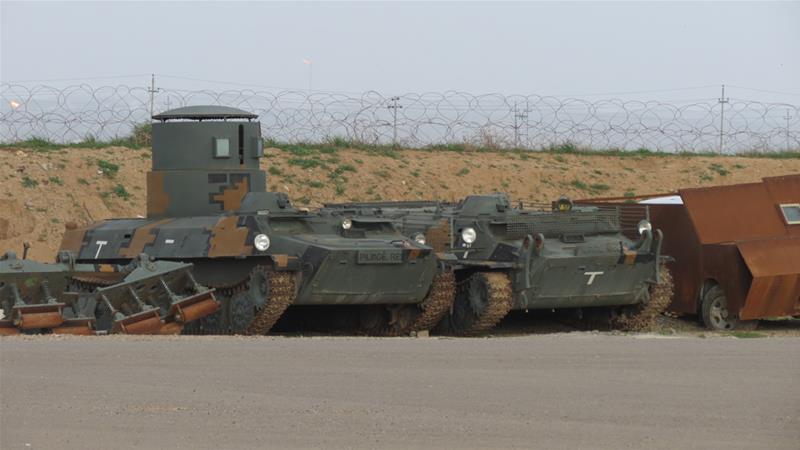 Mala Qara Village, Iraq – A pair of armoured vehicles parked in a corner of the Peshmerga headquarters in northern Iraq form a stark reminder of the threat the region is facing by ISIL.

“They were full of explosives when we captured them,” Kurdish Peshmerga commander General Sirwan Barzani said, as he discussed the battle his forces fought two years ago against the Islamic State of Iraq and the Levant (ISIL, also known as ISIS).

ISIL fighters came within 25km of Erbil, the capital of the semi-autonomous Kurdish region of northern Iraq, before the Peshmerga got the upper hand in continuous battles, retaking control of towns in the region from 2014 to 2016.

While ISIL has since been driven from Mosul and other towns and villages in northern Iraq, they are still active in the area, Barzani said.

The current Kurdish-run Peshmerga front line is situated along the high ridge running north from the town of Makhmur, about 65km southwest of Erbil to Gwer, behind which ISIL fighters are hiding in the caves and on cliff faces on steep hills, Barzani said; it is terrain that makes it difficult to dislodge them.

A military operation last year to rid the area of ISIL was only partially successful, Barzani said, blaming constraints placed on his battle plan by Iraqi officials and US and coalition forces.

Barzani says there are other pockets of ISIL fighters to the south and west of the Peshmerga front lines, but the areas are controlled by Iraqi forces, so there is nothing he can do about them.

There is an uneasy cooperation between the Iraqi military and the Kurdish-run Peshmerga. They worked together against their common enemy, ISIL, but relations soured in October 2017 when Iraqi forces backed by Iranian militias retook control of oil-rich Kirkuk and other contested areas that Kurdish forces had held since 2014.

The Iraqi offensive came in the wake of a Kurdish referendum on independence that the Iraqi leadership in Baghdad and much of the rest of world dismissed as illegal.

The US, a long-time ally of the Iraqi Kurds, did nothing to stop the Iraqi military advance.

With the announcement by the Trump administration about the US withdrawal from Syria, Barzani said he is concerned the US will abandon the Syrian Kurds, who have been essential in the fight against ISIL.

Major General Jabbar Yawar, secretary-general of the Peshmerga ministry, said, “It is very important that the US stays in both Iraq and Syria and keep playing the leadership role in the global coalition against ISIS.”

“As Peshmerga forces, we have no connection with Rojava or any interference whatsoever. For us, it is the matter of another country, Syria, and we have no hand in any of it,” Yawar said.

He said Iraqi Peshmerga have fought inside Syria only once.

“During the ISIS attack on Kobane we were formally asked to send reinforcements, which we did with the coordination from the coalition forces and the Peshmerga stayed there for a year,” Yawar told Al Jazeera.

Turkey’s President Recep Tayyip Erdogan has proposed a so-called “safe zone” inside Syria running east of the Euphrates river to the border.

Barzani said that will force Syria’s Kurdish fighters, who so far have been allied with the United States, to make a deal with Damascus.

“The fighters they will go to [Syrian President Bashar al-Assad], they will have an agreement with him, of course, it’s very clear,” Barzani said.

The US announcement, which came as a surprise to its allies, could undermine any leverage US-backed Syrian Democratic Forces (SDF) might have had with Assad.

There are no details yet of who will be in charge of the safe zone, but Erdogan has said he will establish it himself if he does not get international support.

Barzani said Erdogan will use the buffer zone drive Kurds out, as they did in the Syrian Kurdish town of Afrin last March.

“If the fighters belonging to Turkey and the terrorists belonging to Erdogan will be there, they will be fighting for the land. It’s not a safe zone, it’s a warzone,” Barzani said.

Privately, Kurdish politicians said they are concerned any Turkish advance in Syria could cause another influx of refugees into Iraq’s Kurdish region, which currently hosts about 250,000. They note Erdogan’s “security zone” includes all Kurdish areas east of the Euphrates and a US pullout would be considered a defeat in the eyes of Syrian allies Russia and Iran.

The Peshmerga say the most convincing argument for the US to stay is the continued presence of ISIL in the region.

“For us, the Peshmerga, ISIS is not finished. They still carry out terrorist acts especially in areas called disputed territories in Kirkuk, Diyala, Salahaddin, Makhmour and around Mosul. They carry out daily attacks and they have even grown in strength,” Yawar said.

“Even Syrian Democratic Forces SDF say that the US forces should stay. ISIS is still a global terrorist organisation. It may have lost the land and the caliphate, but it still exists and it is dangerous.” 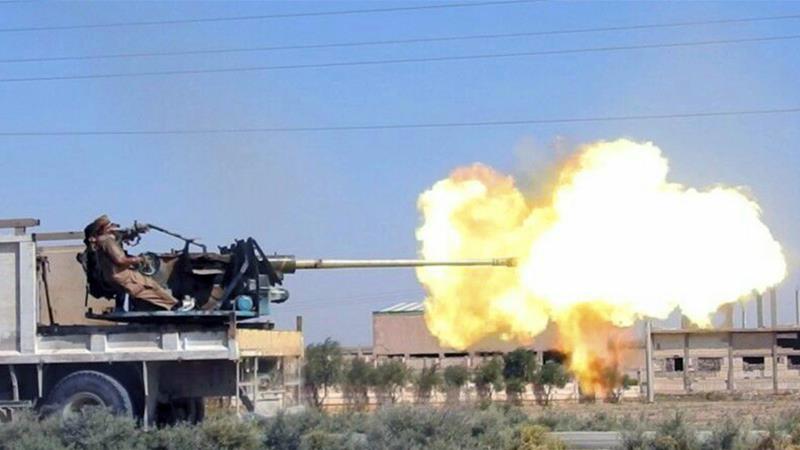 Has ISIL been defeated in Syria?