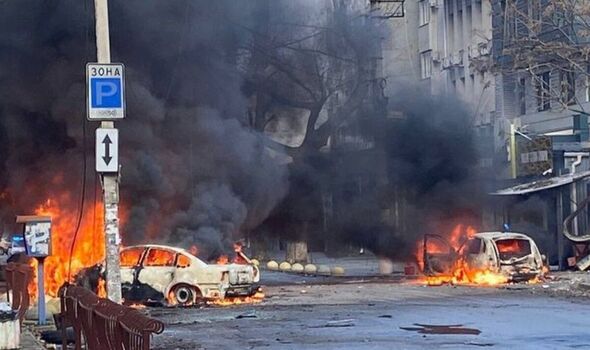 Vladimir Putin has no intention of negotiating with Kyiv any time soon, a Kremlin spokesman said on Friday.

The Russian President raised hopes last week that he might be ready to call time on his disastrous war in Ukraine by engaging in peace talks with President Zelensky.

Putin said in a press conference on Thursday that he wanted to end the war “as soon as possible”.

In an attempt to clarify the remarks, Kremlin spokesman Dmitry Peskov said Putin had meant that he wanted to see his army achieve the goals of the Russian state in its war with Ukraine.

Mr Peskov explained: “There are no previous contacts regarding negotiations. Of course, any conflict ends at the negotiating table.

“It is primarily about ending the special military operation as soon as possible by achieving the goals that the Russian Federation sets for itself”.

Ukrainian President Volodymyr Zelensky has shared a warm festive message with the UK as he sent Christmas wishes ahead of December 25.

Mr Zelensky’s response came after UK Prime Minister Rishi Sunak tweeted a short video, with the message: “This Christmas, we’re with you Ukraine.”

“We feel your support. We feel the light and the warmth of your hearts.

“Thus together, we will defeat evil and restore peace in Ukraine, Europe, and the world.