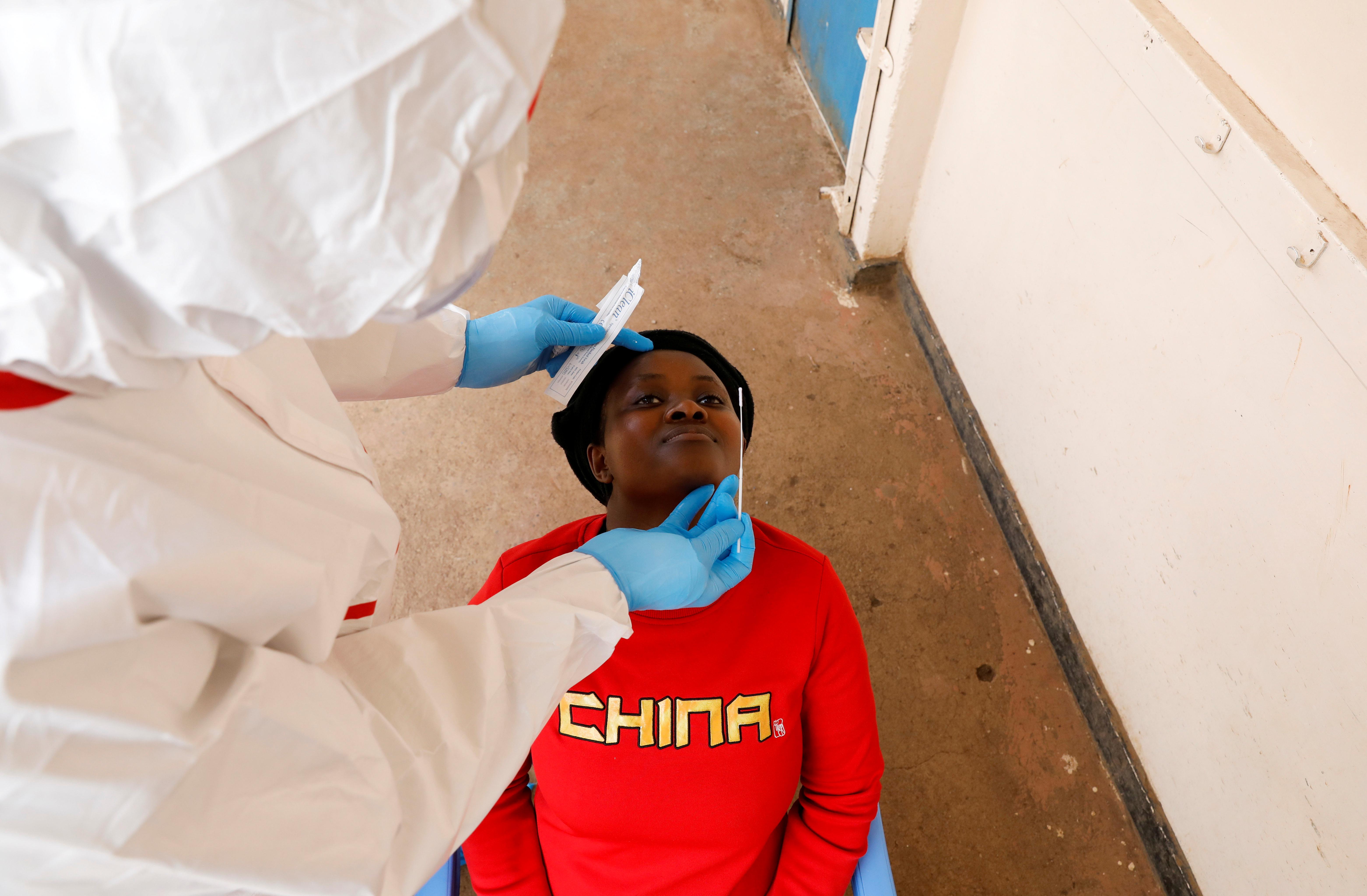 NAIROBI (Reuters) – Kenya is rolling out voluntary public testing for the novel coronavirus in its biggest slum, where some residents say being declared virus-free boosts their chances of getting a job.

“Nowadays when you look for work, they first ask to see your results first,” Shadrack Jumba, a resident of Kibera, located in Nairobi’s southwest, told Reuters as health workers took samples from people on Tuesday.

“They ask you to go back and get tested. If your results come back negative, you are fine, but with no test results, it’s a bit difficult to get employed.”

Kibera is one of Africa’s biggest urban slums, home to an estimated half million people, who mostly live in tin-roofed shacks tightly packed together, conditions health authorities say make it hard to slow the spread of infection.

The effort to roll out mass testing there shows how African countries, so far spared the worst of the coronavirus crisis, are trying to head off an epidemic that has killed hundreds of thousands of people on other continents.

Many Kibera residents are casual labourers, cleaners, market sellers and motorbike taxi drivers, who have lost work due to the COVID-19-linked restrictions in Kenya. Some are reluctant to be tested, fearing neighbours will shun them.

“People are fearful of …the stigma of being found positive and you are labelled by the rest of the community,” said Ahmed Kalebi, consultant pathologist and chief executive officer of Lancet Group of Laboratories, a pathology laboratory active in 11 other African countries.

Kenya has so far recorded 1,348 cases of COVID-19 and 52 deaths, far fewer than in comparably-sized countries in Europe, Asia or the Americas. In recent days, there has been an increase in cases in Kibera, and the Kenyan government has weighed plans to lock down the area, Kenyan daily The Standard reported.

Kalebi said Kenya’s low case load so far “suggests to me we have actually kind of dodged a bullet.” But health authorities have said they expect the number of cases to peak in September.