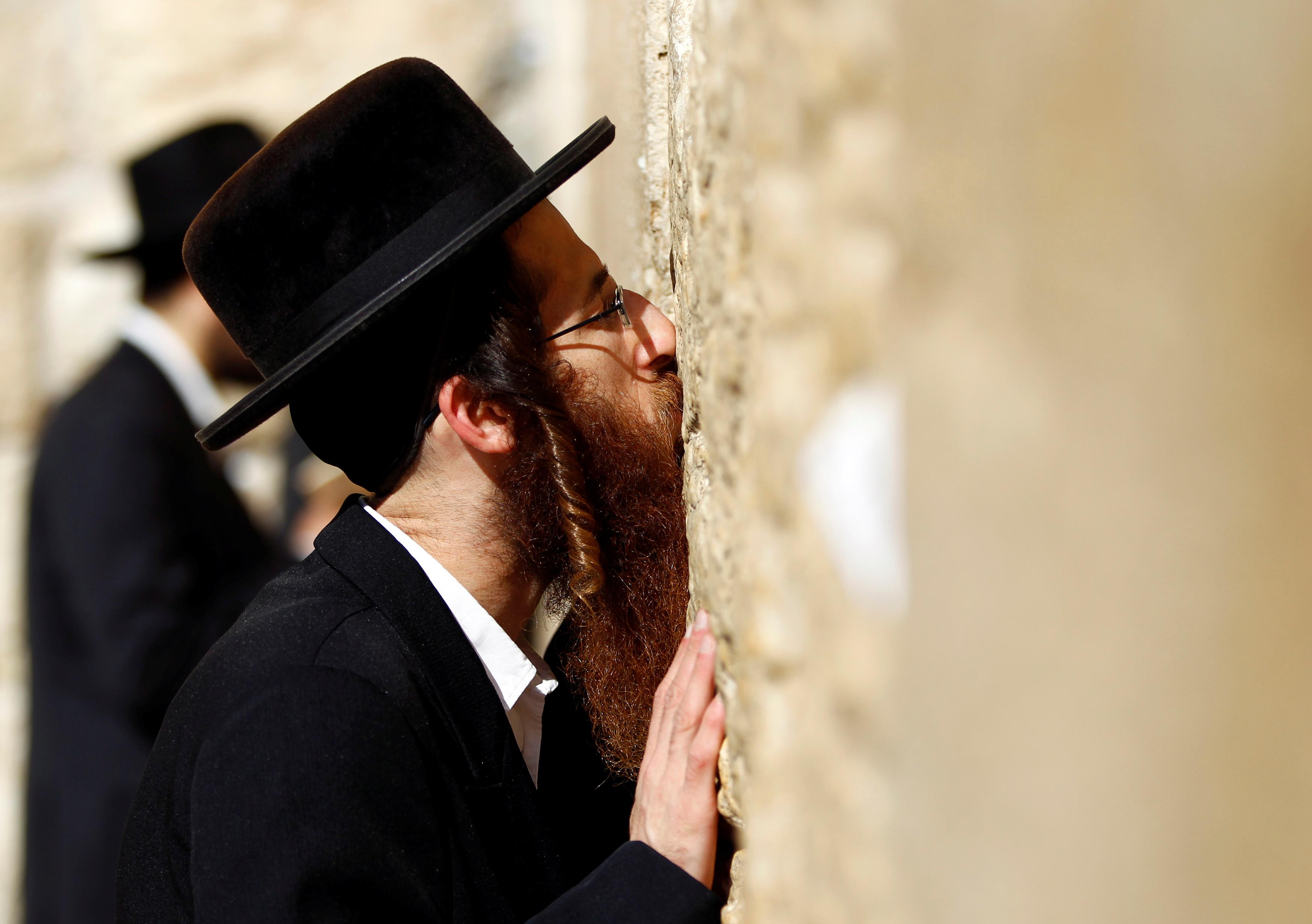 JERUSALEM (Reuters) – The Jewish faithful should refrain from kissing the stones of the Western Wall, the chief rabbi of the Jerusalem site said on Monday, adding to measures that religious authorities have taken to prevent the spread of the coronavirus.

Jews pray en masse at the Western Wall and often stuff written prayers into the cracks between its stones. Kissing the wall is not a ritual requirement, but some devout Jews do so, believing it shows reverence to God.

The Western Wall, the holiest place where Jews are allowed to pray in Jerusalem, is revered as a remnant of the compound of the Second Temple, built by Herod the Great more than 2,000 years ago and destroyed by the Romans in 70 AD.

Last week, Israel’s Chief Rabbinate urged Jewish worshippers to stay away from the Western Wall due to coronavirus fears, but some Jews have continued to visit the site to pray.

“Do not kiss the Western Wall stones,” the site’s rabbi, Shmuel Rabinowitz, instructed Jews in a statement on Monday.

Worshippers should maintain “proper distance” between one another and “abide by required hygiene practices,” he said.

The Western Wall abuts the sacred compound known to Jews as Har ha-Bayit, or Temple Mount, and to Muslims as al-Haram al-Sharif, or The Noble Sanctuary.

Muslim authorities on Sunday ordered the compound’s Al-Aqsa Mosque and Dome of the Rock shut until further notice and asked worshippers to pray instead in its outdoor spaces.