TOKYO (Reuters) – Japan’s stately traditional kabuki theatre resumed performances on Saturday after a five-month break due to the novel coronavirus, with musicians in masks, actors farther apart on stage and only half the usual number of seats. 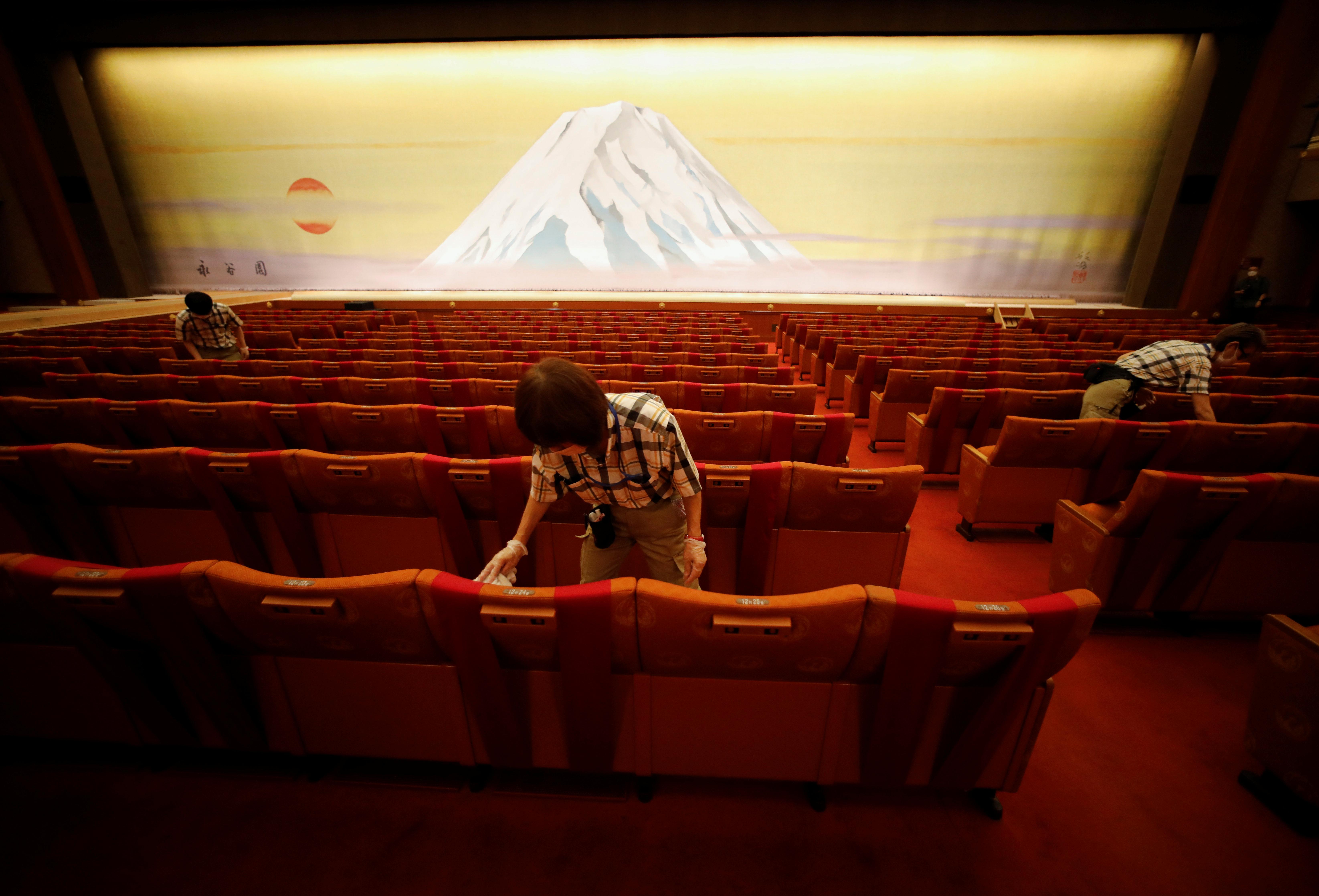 The re-opening of Tokyo’s famed Kabukiza Theatre, which called off performances from March due to the spread of the coronavirus, came even as new cases have spiked to record highs around the country.

“We’re re-opening based on guidelines from infectious disease experts, paying attention to audience safety from the time they enter until the time they leave,” Kabukiza manager Yoshitaka Hashimoto said at a Friday preview for journalists.

Onstage, the number of musicians is limited and all wear draped black cloth masks from nose to chest.

Performers stand farther back on stage and keep a greater than normal distance from each other. Actors and staff are completely different for each act, to shorten contact.

Though the traditional black-dressed stage assistants who approach the performers most closely wore both masks and face shields during a rehearsal, the company that runs the theatre said they wore only masks from Saturday’s performance because the shields apparently made their job harder to do.

Audience members face temperature checks at the entrance and must wear masks. Seats are roped off so fewer than half are usable, and the auditorium will be sterilized between each act.

Though eating boxed lunches between acts has long been a cherished kabuki custom, it’s currently prohibited.

Tokyo on Friday confirmed a record 463 cases and Governor Yuriko Koike warned the capital could declare a state of emergency should things deteriorate further, a situation Hashimoto said they’re reluctantly keeping in mind.

“Of course if there are limits and requests from the government, we’ll … look into a different form of performing – which might mean halting partway through the run,” he said.

Chiaki Sakurai, a 46-year-old Tokyo resident who usually watches kabuki two or three times a month and was dressed in a green kimono, said she was grateful and excited.

“To say nothing good has happened the last five months may be an exaggeration, but I feel as if I’ve finally come back to life,” she added.