A woman has been named the new Tokyo Olympics chief – replacing a man who was forced to resign after saying women talk too much.

Japan’s Seiko Hashimoto, who has competed in four winter and three summer Games as a speed skater and cyclist, takes over from Yoshiro Mori following his departure last week over the sexist remarks.

Her name Seiko comes from “seika”, which translates as Olympic flame in English.

Ms Hashimoto announced on Thursday that she had resigned as Japan’s Olympics minister to take up her new role as president of the Tokyo Olympics organising committee.

The 56-year-old, who won a bronze medal in the speed skating 1,500m at the ’92 Winter Olympics, was appointed after a meeting of its executive board, which is 80% male.

“Now I’m here to return what I owe as an athlete and to return back what I received,” she told the board.

Having also held a portfolio dealing with gender equality, she brought up the issue and told her nearly all-male audience: “As the background to my selection, I understand that there is a gender-parity related factor.”

Ms Hashimoto said she hoped to work on the issue, but gave no further details. 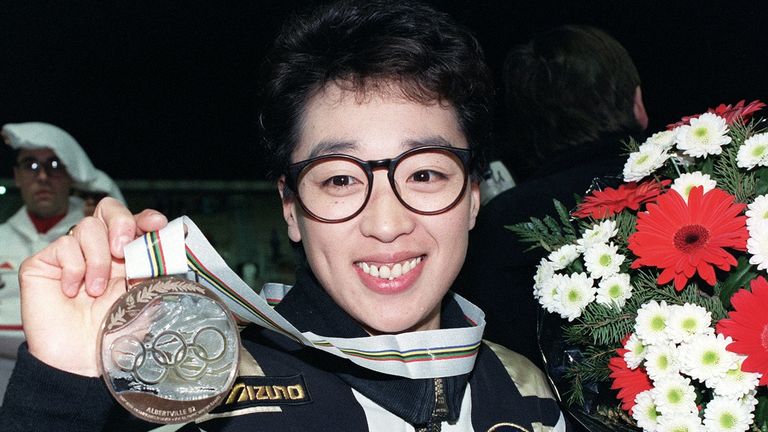 Her appointment comes in the same week the country’s ruling political party announced that women would be invited to attend key meetings – as long as they don’t speak.

The Liberal Democratic Party proposals allow five female politicians to join its all-male board meetings as observers, and submit any opinions afterwards.

Ms Hashimoto said she would be replaced as Olympics minister by Tamayo Marukawa.

Mr Mori, a former prime minister of Japan, had said during an online meeting of the committee’s board of trustees that women talk too much.

“If we increase the number of female board members, we have to make sure their speaking time is restricted somewhat, they have difficulty finishing, which is annoying,” Mr Mori was quoted as saying by the Asahi Shimbun newspaper. 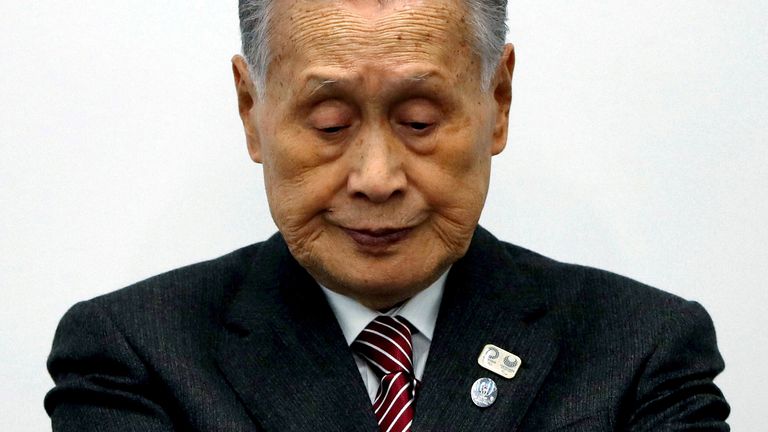 His comments sparked fury in the country where women are grossly under-represented in politics and in boardrooms, and there were calls for his resignation online.

Later when asked whether he truly believed women talked too much, he replied: “I don’t listen to women that much lately, so I don’t know.”

The delayed Tokyo Olympics – now scheduled to open on 23 July – have been swamped with problems.

About 80% of Japanese in polls say the Games should be postponed or cancelled due to the coronavirus pandemic.