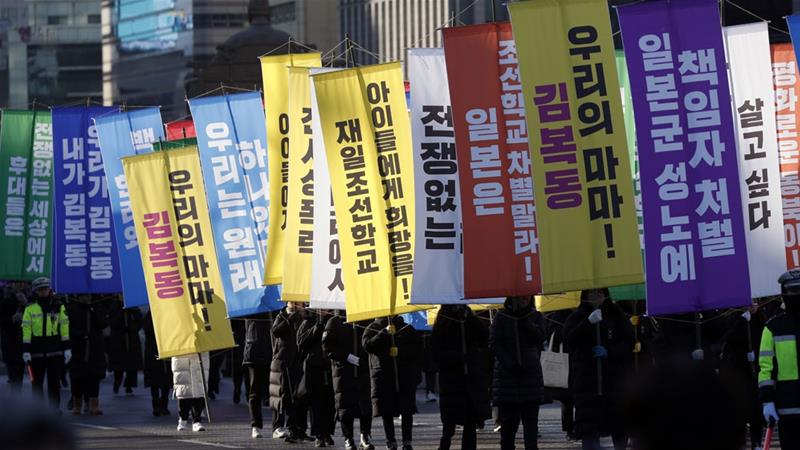 Japan has lodged a complaint with Seoul and demanded an apology after a South Korean legislator said the Japanese emperor should apologise over the military’s use of so-called “comfort women” during World War II.

“We strongly protested as his remarks have absolutely inappropriate content and are extremely regrettable,” Suga added.

“At the same time, we demanded an apology and withdrawal of his remarks.”

Last week, Bloomberg reported that Moon called the emperor “the son of the main culprit of war crimes”, referring to his late father Emperor Hirohito, in whose name Japan fought World War II.

South Korean activists estimate that up to 200,000 women and girls, many of them South Korean, were coerced into serving the Imperial Japanese Army as so-called “comfort women”, a euphemism for women forced into prostitution at Japanese military brothels before and during World War II.

Seoul told Tokyo that the Bloomberg report did not reflect Moon’s “true intentions” as he was seeking an improvement in bilateral relations, Suga added.

Kim Bok-dong, one of the victims, who had long demanded Japan make reparations and issue an official apology, died in Seoul in late January. She was 92.

Only 23 registered South Korean survivors are still alive, highlighting a sense of urgency behind efforts by the women to receive a formal apology and legal compensation from Japan while their voices can still be heard.