Ivanka Trump discusses being 'competitive' like her father in 2014

Ms Trump tweeted out at message to the mob which stormed the Capitol building urging them to “please be peaceful”. The First Daughter was criticised for the post, which she deleted shortly after, while Ms Kross tweeted against the protesters. Ms Kloss, a fashion model, is married to Josh Kushner, brother to Ms Trump’s husband and White House adviser Jared Kushner.

The model posted on Twitter a day after the Washington riots to condemn violence at the Capitol.


She said: “Accepting the results of a legitimate democratic election is patriotic.


“Refusing to do so and inciting violence is anti-American.”


When a Twitter user told Ms Kloss to talk to Ms Trump and Mr Kushner about the violence, she added: “I’ve tried.” 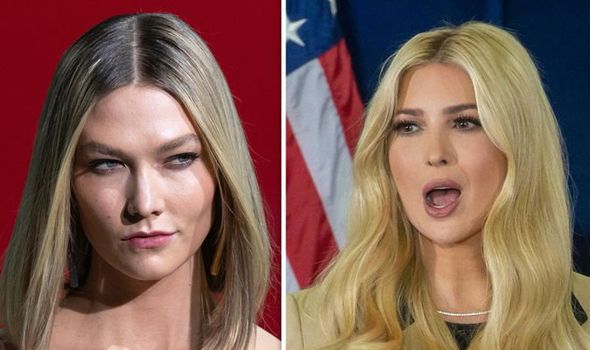 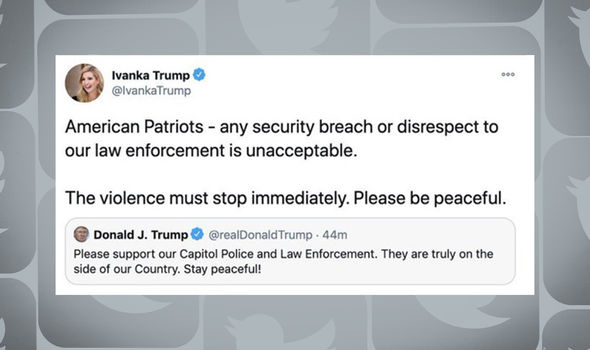 A friend of Ms Trump the First Daughter was “hurt” by her sister-in-laws comment.


The source said to Page Six: “The tweet was brought to Ivanka’s attention and she was mostly surprised because they’re so close and talk on a regular basis, but never really about politics.


“Karlie likes to position herself publicly as an activist, yet she’s never approached Ivanka on any of the issues she has championed like paid maternal leave, women in STEM and criminal justice reform.


“Karlie is public with her politics, but privately shies away from discussing them. But they are very close and they really enjoy each other’s company, so Ivanka is hurt.” 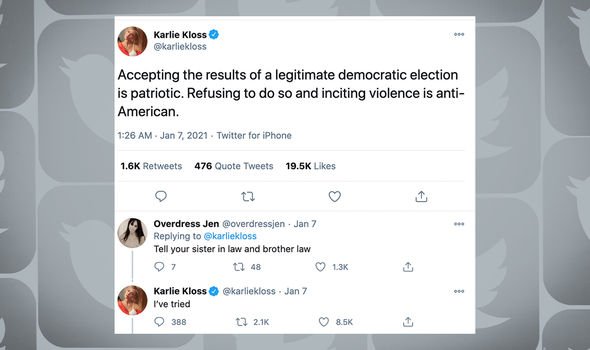 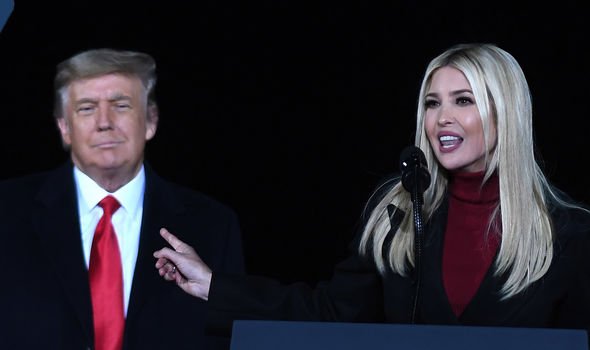 In reply, a friend of Ms Kloss insisted she meant her tweet criticising the First Daughter, and stated “Ivanka understands Karlie’s views perfectly”.


The model publicly stated in January last year she voted for the Democrats in 2016 and would again in the 2020 election.


They added: “She hasn’t had a close relationship with them for quite some time due to the policies of the Trump administration.


“I think Karlie feels it’s pretty unfortunate that this is what Ivanka is choosing to spend her time on while our democracy is facing a crisis fuelled by this administration.”

Trump supporters stormed the Capitol building on Wednesday as Congress met to certify the results of the US election.


President Donald Trump spoke to a Save America rally ahead of the Congress meeting, where he called the election “stolen” and told the crowd to “walk down” to the Capitol.


Five people died during the riot, including one police officer and one woman who was shot in the neck. 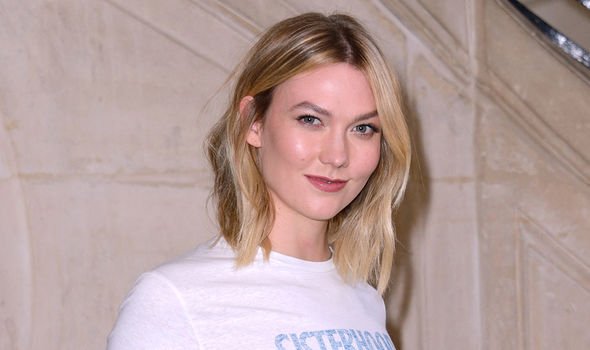 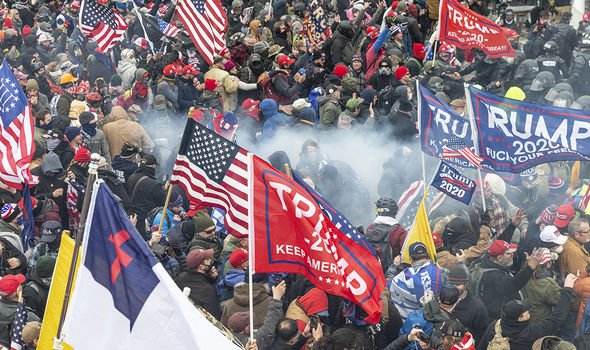 After being criticised for her tweet calling the protesters “American Patriots”, she clarified she was not endorsing their behaviour.


She said: “No. Peaceful protest is patriotic. Violence is unacceptable and must be condemned in the strongest terms.”


Mr Trump also called for an end to the violence, telling his supporters “I love you’ before encouraging them to “go home”.


The next day he posted a stronger statement on Twitter stating he was “outraged by the violence, lawlessness and mayhem”, before his account was suspended.