Luigi Di Maio was branded a “traitor” as he arrived to present his plan in Naples, Campania on Saturday. Mr Di Maio, who quit the 5 Star Movement to create his Civic Commitment party following the fall of Mario Draghi’s Government in July, was met with a furious crowd demanding he “go away.” Members of security had to intervene to keep protesters away from the Italian Foreign Minister but the angry public still hurled abuse at him as he walked by.

A man had to be pushed back as he came close to Mr Di Maio while yelling: “Go! Go away. Napoli doesn’t want you. Go away. Go.”

The Foreign Minister could be seen raising his right hand in a conciliatory gesture, urging everyone to “calm down.”

As he shook hands with one passer-by, a woman shouted: “Go! Go away. You have to go away. Go!

JUST IN: ‘We do not mourn death of Elizabeth’ Queen’s ‘complicated legacy’ sparks Kenya backlash 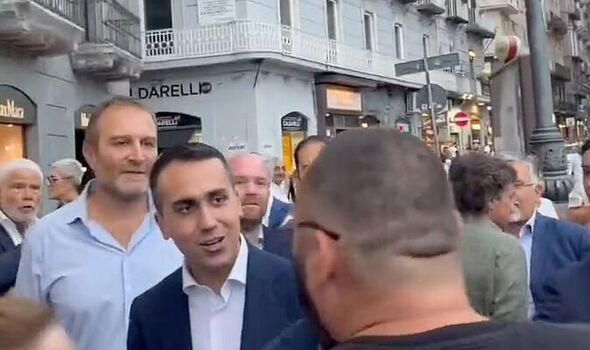 And a distant male voice could be heard yelling: “Traitor. Murderer. You’re a sell-out!”

Mr Di Maio has been representing the constituency of Campania 1-Acerra since 2013 and is running for re-election in the seat of Fuorigrotta, in the suburbs of Naples.

“Saved by the police. This person is one of the main responsible for the increase energy bills in Italy. In Naples, they don’t joke.” 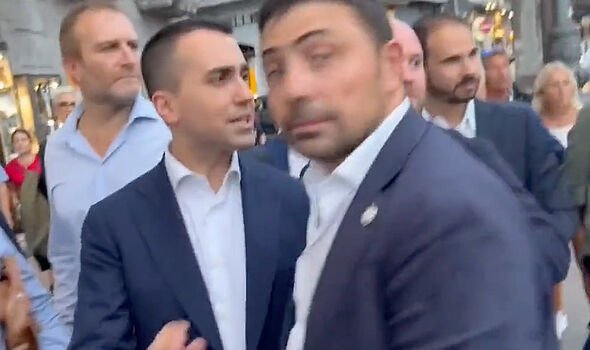 @Giovanni1169h said: “Translated: we don’t want you, murderer. What a warm welcome in his own home.”

@CaioMarioValer1 commented: “Murderer. Those who go to war and drag a country into war by saying bulls**t sooner or later pay for it.

“I look forward to seeing the treatment for Draghi Amato Letta Fiano Quartapelle and all the other warmongers.”

Mr Di Maio broke with his party M5S leader, and former Italian Prime Minister, Giuseppe Conte over his support for Mr Draghi’s decision to offer Ukraine support in its fight against Russia. 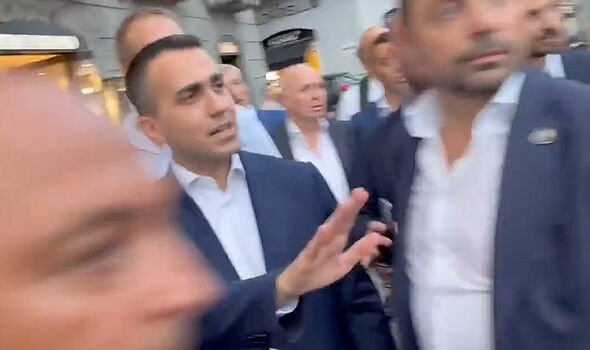 The Foreign Minister visited Irpin in August and reiterated Italy “is not abandoning” Ukraine.

He reiterated added: “I believe in a diplomatic path to finding peace again and to defend democracy.”

Mr Conte has been fending off accusations of placing his party in a pro-Putin position with his rejection of plans for continued support to Ukraine.

He insisted claims he supports the Russian President’s position is “defaming me”.

Bit he insisted “peace must be built, nobody can tell us Putin doesn’t want it.”

He added: “Peace must be built day after day.”